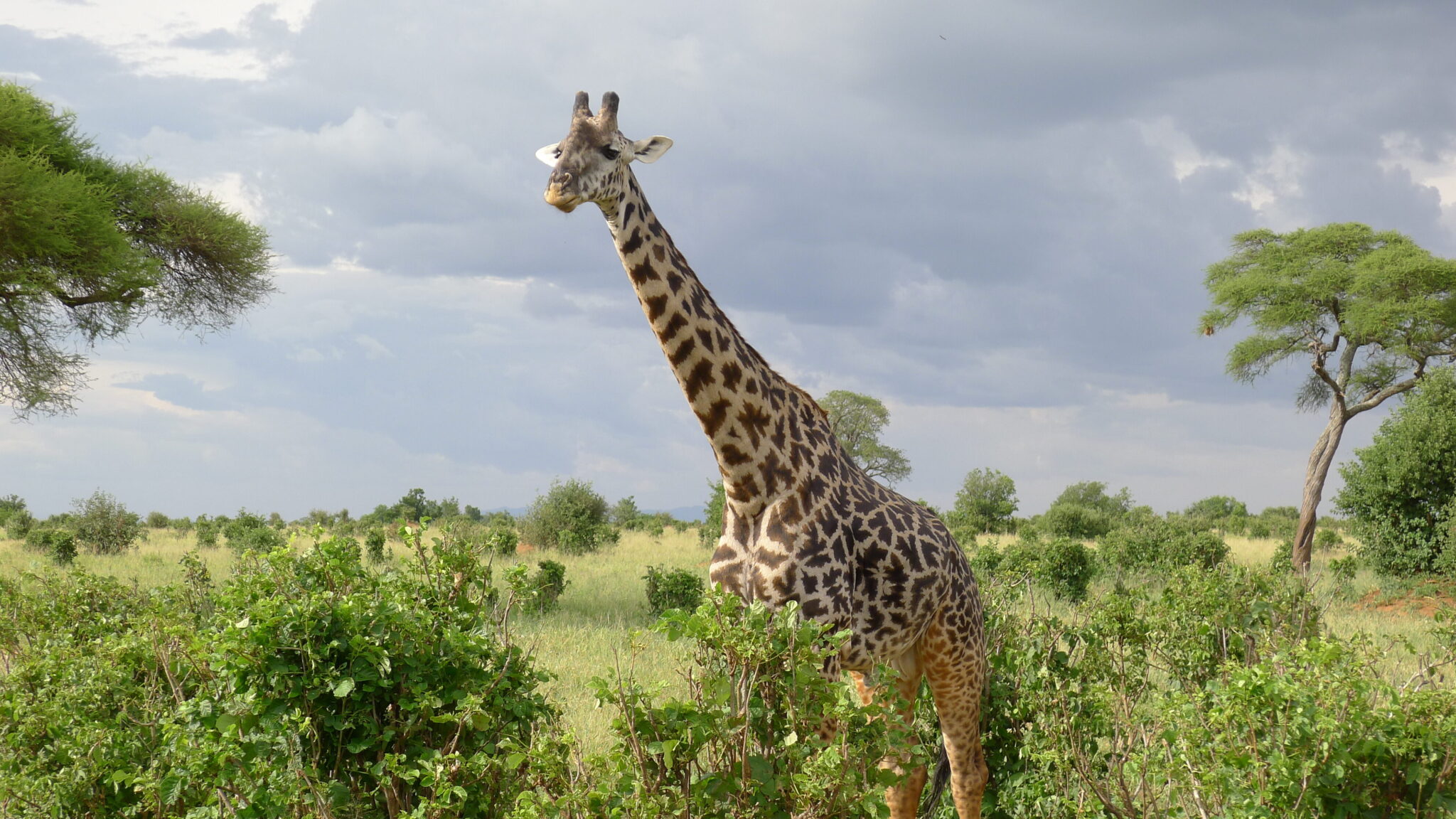 Smitten by Giraffe: My Life as a Citizen Scientist is a memoir by Anne Innis Dagg. In the text, she describes her pursuits as a citizen scientist, ranging from her first encounter with giraffe (the plural of giraffe used in Smitten By Giraffe is “giraffe”) as a child, through her studies at the University of Toronto in the 1950s, to her more recent projects. Dagg calls herself a citizen scientist, but like many other citizens scientists, she has in fact worn many hats in her long and exciting career: zoologist, assistant professor, author of non-fiction books on a variety of topics both scientific and otherwise, social activist, and more.

Dagg’s own personal path to citizen science is characterized by negotiations between the citizen and the larger institutional and commercial practices of the scientific community. She writes that “For most of my adult life I have been a citizen scientist…Citizen scientists address incredible varied topics, which are often researched using methods that might seem odd or too labour intensive.” (x)

For Dagg, citizen science was an alternative opportunity to pursue the work she was passionate about; work that was consistently overlooked and dismissed by larger institutions as Dagg struggled to find a tenured position as a professor. Dagg’s memoir provides thoughtful, anecdotal accounts of the possibilities and obstacles that scientists and citizen scientists may face in exploring research outside the agendas of larger institutions, particularly within the context of systemic social discrimination.

The book has fifteen chapters and a conclusion.While the structure of the book is loosely chronological, as with anyone’s life, there are pursuits and projects which come, go, and reappear through time. Dagg recounts these pursuits with humor and good nature, remaining honest about her frustrations and disappointments as a woman citizen scientist in the late twentieth  century.

The beginning of the memoir introduces Dagg as a child, the daughter of successful and academically active Harold A. Innis and Mary Quayle Innis. Dagg describes her childhood and student experience as training in preparation for her ultimate goal, to study the behaviour of giraffes. After describing her studies, Dagg recounts her pioneering research bravely observing giraffe from her car near the Kruger National Park in South Africa. Behavioural study of giraffe in their natural habitat was revolutionary at the time, but Dagg was determined to pursue it and managed to establish a mutually beneficial relationship between herself and a ranch manager in South Africa. Beyond her trip to South Africa, these early chapters of the memoir include descriptions of her scientific findings on animal gaits, a discussion of animal communication, and other zoological discoveries on a variety of species Dagg encountered as she completed her PhD and began teaching in the Waterloo area of Southern Ontario.

Academia, Activism, and the Environment

Particularly beginning with chapter four, Dagg chronicles honestly the difficulties she experienced in academic institutions while conducting scientific research as a woman. For Dagg, citizen science was a recourse when traditional paths of scientific research were closed off. In one disheartening recollection, Dagg describes her discussion with a member of the tenure committee of the Zoology Department at the University of Guelph, after she had been denied tenure in 1971: “I asked a member of the all-male tenure committee if he had not been impressed with my list of research papers? He replied that they had not been made available to them…” (52).

While Dagg was unable to find a tenured position in the early seventies, she was undeterred from seeking out opportunities to contribute to local and global scientific communities. In the later chapters, Dagg recounts advocating for women in the arts, particularly women writers, as she recognized that sexism extended beyond academic departments in science faculties. Along with this activist work, Dagg also writes about her work on sociobiology, as well as her local environmental efforts. Many of Dagg’s chapters address the complications associated specifically with publishing and disseminating research as a scientist who is also a woman in the late 20th century. Despite these difficulties, in 1978, Dagg was ultimately hired as a part-time resource person for the Integrated Studies program at the University of Waterloo, where she worked as an advisor until 2016. She is now an adjunct professor at the University of Waterloo connected with Women’s Studies.

Dagg’s memoir provides a fascinating first-person account of a woman pursuing a career as a citizen scientist in the late 1950s to 2010s. Her memoir explores the complex intersections between feminism, research in higher education, and scientific and naturalistic research. In her personal history, Dagg is encouraging and simultaneously critical of her experience contributing to scientific research. While she emphasizes that citizen science can accomplish the varied and important work that larger institutions may ignore, saying that “Many topics chosen by citizen scientists may be both highly original and vitally important,” she does not ignore the practical realities of citizen science, which, for her, were compounded by the historical context of the 1960s-70s: “Citizen scientists are often lonely…Unpaid scientists frequently work alone, using their own money…” (xi).

Dagg’s memoir provides a useful historical record of the experience of pursuing scientific research as a woman in the late twentieth century. She recognizes her privilege of even having that opportunity: “It has been a privilege and joy for me as a citizen scientist to have shed light on a variety of subjects that had never been studied or understood. This is an impossibility for billions of people who do not have the educational background, resources, or good fortune required. I have been blessed indeed” (208).

Her memoir might be particularly useful to those interested in the sociological challenges within scientific research, particularly in considering women’s contribution to STEM fields in the twentieth century, from the local to global scale. The reality is that citizen science was Dagg’s only available option in conducting and disseminating scientific research. Her memoir helps us construct a larger historical picture of the sociological complexities of the scientific community, particularly in considerations of gender and economic status. Dagg’s varied experience and broad perspective make it so that there are certain chapters that might appeal to different readers, from local to global scientific communities.

This review is part of an ongoing series of book reviews written by members of Dr. Ashley Rose Mehlenbacher’s research team in partnership with SciStarter and published by Science Connected. If you have a recommendation for a book to review, please contact SciStarter Editor Caroline Nickerson at CarolineN@SciStarter.org. This work has been partially supported by the Ontario Ministry of Research; Innovation and Science’s Early Research Award program; and the Social Science and Humanities Research Council of Canada Insight Grant program. Views expressed are the opinions of the author and not funding agencies.

Danielle Griffin is a B.A. Candidate in English Literature and Rhetoric, with a minor in Cognitive Science, at the University of Waterloo, in Canada. Her research interests involve genre, cognitive semantics, and metaphorical conceptual mappings in the English language.