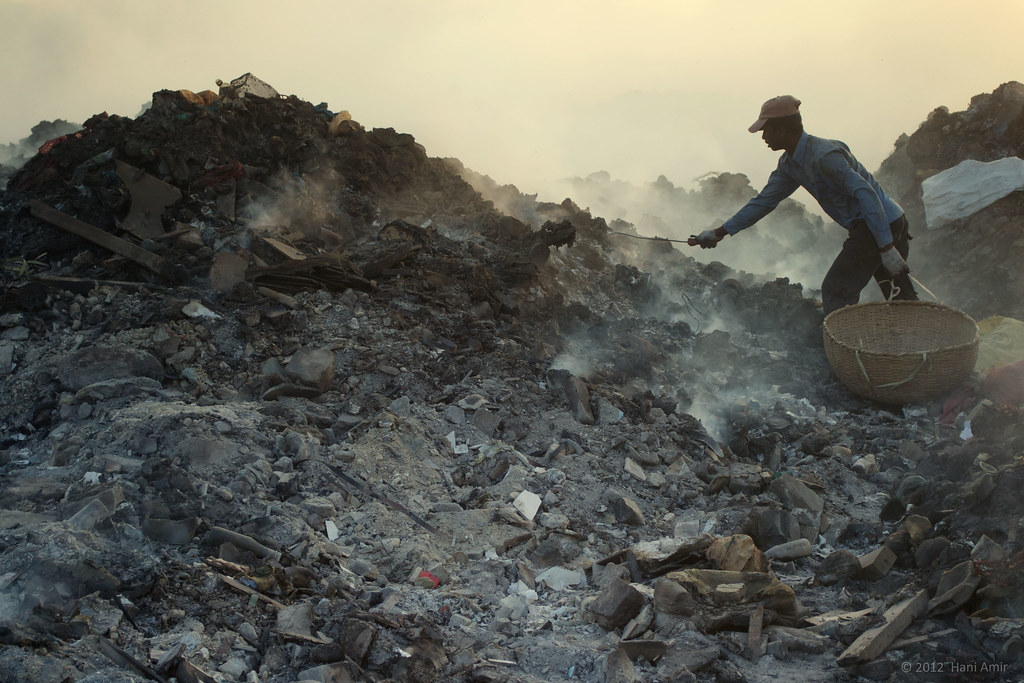 When you hear the term heavy metal, what do you think of? Music or chemistry? Exposure to heavy metal music can cause stress in some humans. But what about chemical heavy metals? Are they good or bad for the environment and living organisms?

In chemical terms, heavy metals are elements in earth’s crust that have a high density (weight), and they include zinc, copper, iron, silver, gold, arsenic, lead, and cobalt, to name a few. While trace amounts of heavy metals such as copper, iron, cobalt, and zinc are essential for many cellular processes, an excess of heavy metals like lead, arsenic, mercury, and cadmium is considered toxic to living organisms and the environment.

However, using heavy metals in our everyday life is unavoidable. Without them, we would not have mobile phones, pipes, railroads and bridges, automobiles, and even certain medicines. Heavy metal contamination of the environment occurs primarily because of human activities such as mining, relying on coal-fired power stations, using pesticides, and producing industrial wastes and vehicle emissions. Deposition of excess heavy metals in the soil impairs its quality, which results in poor plant growth and takes its toll on agricultural land. Because heavy metals persist in the soil for a long time and cleaning contaminated soil with industrial methods is expensive, there is a need for other options.

Plants to the rescue!

For a number of decades now, plant scientists have been cleaning up contaminated soil through phytoremediation, a process involving the use of plants and their associated microbes to reduce concentrations of contaminants, rendering the soil less toxic and more arable. While sometimes plants are used to absorb heavy metals (a process called phytoextraction) and clean the soil, it is not always beneficial, as the plants, having absorbed toxic heavy metals, need to be discarded. An alternative approach that has been studied is to use microbes that are beneficial to plants and that occur naturally in the soil.

Plants use microbes to survive stress

Endophytic microbes (bacteria or fungi that live inside another organism) and the host plant they reside in develop a symbiotic relationship: the microbes gain nutrients from the plant, while the plant uses the microbes to better extract nutrients from the soil. It is not too clear, however, how exactly this interaction occurs. Whilst it is known that plants produce many growth-regulating hormones, little is known about hormones produced from microbes that affect plant performance in the field. In addition, there is a dearth of information about the interaction between endophytic microbes and crop plants to remove heavy metals from the soil.

Recently, Muhammad Ikram and colleagues have isolated an endophytic fungus from the halophytic (salt-tolerant) medicinal plant Solanum surattense. They identified the hormone auxin from the fungal endophyte Penicillium roqueforti (called strain CGF-1), which had a growth-promoting effect on the inoculated wheat plants. Moreover, CGF-1 enhanced the tolerance of the wheat plants to heavy metal stress, compared to the plants that were not exposed to CGF-1.

The inoculated wheat plants showed an increase in photosynthetic capacity, nutrient uptake, and concentration of compounds indicating stress tolerance. Importantly, the scientists observed that CGF-1 colonised the wheat roots and absorbed the heavy metals, thereby reducing the plant’s heavy metal uptake. The fungi were not present in the upper shoot parts of the plant, which restricted the presence of the heavy metals to the roots. The mechanism by which the fungus achieves heavy metal uptake, whilst allowing the host plant to grow better, remains to be discovered. Nevertheless, this study provides a possible sustainable solution to cleaning up contaminated land, while also growing useful crops.

Given that contamination of arable soils with heavy metals is a persistent problem on earth, it is important that novel solutions such as the one described above be considered for use on a larger scale. Employing an eco-friendly biological approach not only eliminates the chances of further land contamination and protects leafy crops but also readjusts the balance in the ecosystem, protecting the environment that we humans are inadvertently damaging.

—Radhika Desikan is a plant scientist by training who has taught plant science for several years, and researched and published on the behavior of plants facing various abiotic and biotic stresses. Radhika recently became interested in plant science outreach to schools and communicating plant science to a younger audience.

Featured image by Hani Amir via Flickr. A migrant worker in Maldives burning scrap metal, with no safety equipment, exposing the worker and the environment to toxic fumes.

GotScience Magazine is published by the nonprofit Science Connected and is made possible by donations from readers like you. You can support open-access science news – and it only takes a minute. Donate now.