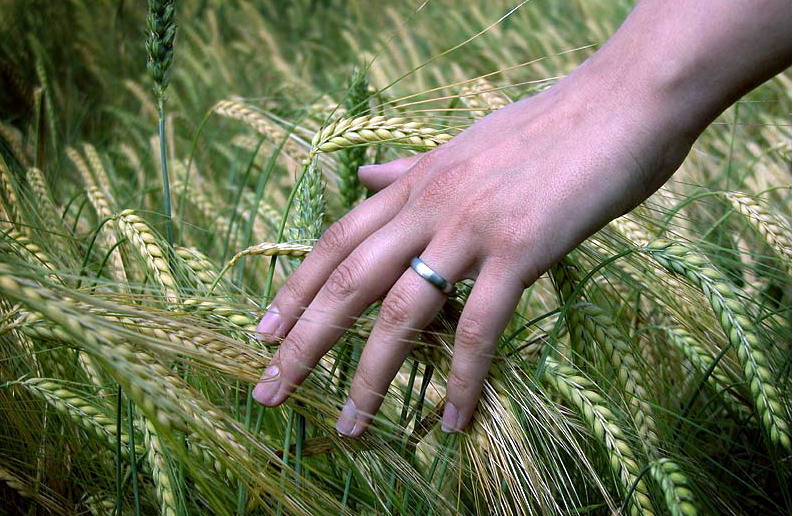 How well do you and your neighbour know each other? Chances are, very little these days. But some living things, including plants, know their neighbours well. According to new research, it appears that what one plant “feels” can also be sensed by its neighbouring plant. Isn’t that remarkable?

It is a fact of life that plants do not move from one place to another. Therefore plants, unlike humans, cannot move away from any impending danger, be it a herbivore, a disease-causing microbe, or even the cold and heat. So, how do plants survive, and how do they know when these potentially life-threatening conditions are present?

Signals are the essence of communication

The answer is not simple, as complexity is part of any life. To put it in a nutshell, a plant communicates within itself or with another organism via signals. Imagine this as communication between mobile phones, where radio signals are being transmitted and received. But in the case of plants (and other forms of life) these signals are in the form of chemicals that move within and between plant cells. These cells can detect cues from the environment—including microbes, insects, heat, and cold—and convert these cues into signals which translate into a “language” that prepares the plant to protect itself from the danger it is facing. This “language” is effectively how a gene present on the DNA in a cell is converted to a messenger molecule, called messenger RNA, that in turn makes a protein. Proteins are important for the proper functioning of all cells, controlling shape, growth, defence, and even the way plants make their own food.

A group of signals called volatiles are gaseous chemicals produced by plants when they are attacked by herbivores, insects, or microbes. Scientists know that volatiles produced by an attacked plant can be detected by its neighbouring plant, to allow the latter to be protected from future attack. This protection occurs by activation of defence mechanisms that prevent the pathogen from attacking the neighbouring plant. Until recently, it was not known whether plants that are touched can also produce volatiles which act in the same way. Recent research has shown that when a plant is touched, it produces a mixture of volatiles that allow a neighbouring plant, even though it was not touched, to detect and respond to these chemical signals.

Why would a plant respond to touch? The sensation of touch is perceived by a plant when, for example, an insect walks over it, when it is windy and adjacent leaves touch, or when another plant or an animal touches it. Whilst the plant may not immediately know that this sense of touch could be a threat, it might perhaps react to be prepared for any potential danger. Failure to do so might cost the plant its life. So, better to be safe than sorry!

In a recent study, Dimitrije Markovic and colleagues examined this phenomenon in maize plants grown in the laboratory. After touching one maize plant, they observed that a number of genes were expressed (that is, converted to messenger RNA), which led to the production of a mixture of volatiles. Once these volatiles were detected by a neighbouring untouched maize plant, this receiving plant displayed the expression of the same genes as those seen in the touched plant. Some of the products of these genes can protect plants against attack by invaders such as aphids. The scientists also noted that when aphids tried to settle on plants that had either been touched or exposed to neighbouring volatiles, the number of settling aphids were remarkably fewer than on those plants that had not been touched and were not exposed to the volatiles. This experiment showed that touch-induced volatiles triggered defence responses in neighbouring plants, making them unsuitable for aphid infestation. What was remarkable is that the touched plant and the neighbouring untouched plant had the same response to the aphids. This was the first study showing that the sensation of touch can induce production of volatiles that act as long-distance signals, playing important roles in communication between the same kinds of plants.

Further studies on this phenomenon are essential, to understand if the same responses occur in plants grown in fields, where touching is more frequent. Furthermore, plants growing outdoors experience more than one stimulus at a given time. So it would be interesting to determine if touch, combined with stresses such as heat or cold, cause the same volatile-induced responses in neighbouring plants. Nevertheless, if something as simple as touching one plant reduces pest infestation in similar neighbouring plants, wouldn’t you want to go around your garden, touching each plant?

—Radhika Desikan is a plant scientist by training who has taught plant science for several years, and researched and published on the behaviour of plants facing various abiotic and biotic stresses. She has recently been interested in plant science outreach to schools and communicating plant science to a younger audience.

GotScience Magazine is published by the nonprofit Science Connected and is made possible by donations from readers like you. You can support open-access science news – and it only takes a minute. Donate now.