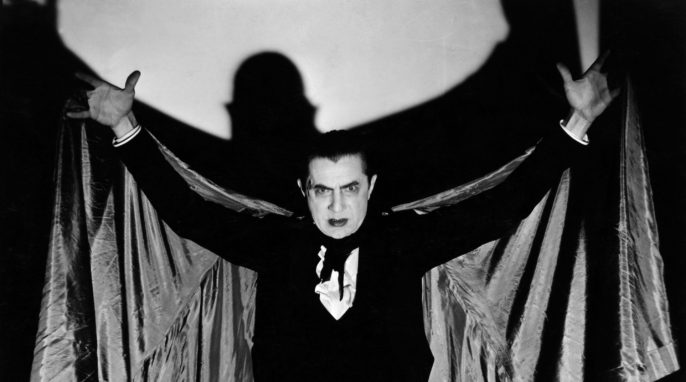 Vampires, or People with This Blood Disorder?

Autumn is here, and with it comes cooler temperatures, shorter days, and a favorite fall holiday: Halloween. These last two features of the season have more in common than you may have realized. The shorter days of fall mean less daylight in the evening hours, and this might have a significant impact on the day-to-day lives of certain individuals with a particular blood disorder called erythropoietic protoporphyria.

Erythropoietic protoporphyria (EPP) is a rare genetic disorder that results in hypersensitivity to light. When exposed to sunlight, patients with EPP can experience painful blistering of the exposed skin, in addition to extreme itchiness and swelling. Unfortunately, even cloudy days can result in enough UV radiation to irritate the skin over time. For people with severe cases of the disorder, their skin sensitivity limits comfortable time outdoors to the evening and nighttime hours. Another symptom of EPP is chronic anemia. The disease is caused by defects in the body’s ability to produce heme, an important component of blood that makes blood turn red when it binds with iron in the blood. EPP patients lack sufficient amounts of heme in their blood and have an accumulation of another compound called porphyrins. The chronic anemia results in extreme tiredness and pale skin, which only increases skin’s sensitivity to light.

Is it pronounced “por-FEAR-ee-a” for a reason?

So, what does this have to do with Halloween, exactly? Current treatment options for patients with EPP are very limited. For many, avoiding UV exposure is their best bet. This includes limiting time outdoors during daylight hours, but it can also involve using clothing that covers one’s arms and legs, applying extra sunscreen, and wearing other UV-protective clothing. Limited medical treatments are available, one being blood transfusions that increase the amount of heme available to the body, which at least helps with the chronic anemia symptoms. In ancient times, people affected by this disorder wouldn’t have had access to the advanced UV-blocking protective clothing we have now, or to regular blood transfusions. Therefore, going out only at night and consuming animal blood may have been early “treatments” for the disorder that lent to the idea that these individuals were actually vampires and not people with a rare genetic condition.

EPP is actually one of a family of eight blood disorders called porphyrias. Research demonstrates that these disorders are caused by mutations in various proteins that are part of the process that makes heme for the blood. Think of this process, called the heme biosynthetic pathway, as an assembly line in a factory. Malfunctions, or mutations, in any one of the proteins in this assembly line can result in too little heme or the accumulation of the wrong end product—both of which can contribute to the disease’s symptoms.

A recent publication in the Proceedings of the National Academy of Sciences identifies a new mutation in a particular protein that contributes to the heme biosynthesis pathway; this is the third identified mutated protein that can cause EPP in a particular individual. The two previously identified mechanisms by which EPP is developed are caused by mutations in other components in the heme assembly line. These findings are important because they lead to a better understanding of how this disease occurs. The heme biosynthesis process is a complex network, with lots of proteins interacting with each other. Identifying new mutations in any of these proteins can help researchers find new targets for therapeutic strategies for people affected by this disorder, thereby allowing people with EPP to emerge in daylight more comfortably and shake off any “creature of the night” stigmas.

This study was funded by grants from the National Institutes of Health and other sources.

—Michelle is a graduate student at the University of Georgia Complex Carbohydrate Research Center, where she studies rare neurological disorders using patient stem cells. She’s pretty passionate about science and science communication. However, she also enjoys numerous activities in her free time, including reading, listening to podcasts and audiobooks, hiking, baking, and obsessing over her labradoodle named Goose!