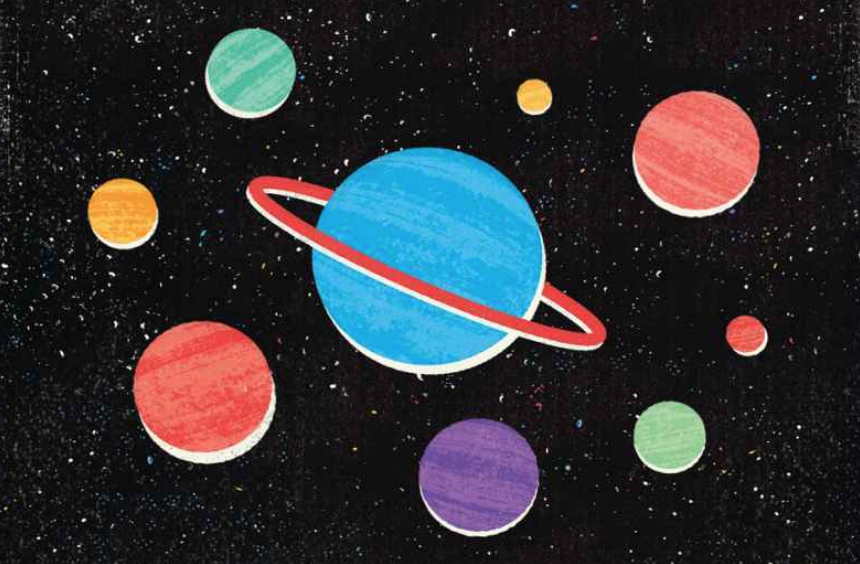 The Planet Factory is a guide to real-life Tatooines, planets made of diamonds, and possible Earth twins. It’s a story 3,439 stardust babies!

Exo is the new black

The Planet Factory is a guide to real-life Tatooines, planets made of diamonds, and possible Earth twins.

Since the 1995 discovery of the first planet outside the solar system, exoplanetology has become one of the most in-vogue scientific fields, and while thousands of exoplanets have been found since, the anticipation of finding a new Earth shows no signs of waning. The Planet Factory is the story of those 3,439 (and counting) stardust babies and how they have upended our notions of how planets are formed. And planet formation, of course, is intimately tied to the possibility of extraterrestrial life.

So is anyone out there? To answer that, The Planet Factory first takes us back in time––way back, nearly five billion years ago to the birth of our own planet. A veritable factory of forces churned out the orderly solar system we know today, with our hospitable Earth at just the right distance from the sun; but the process could have just as easily descended into a runaway Rube Goldberg reality that the book paints as “a burning-hot world with an 18-hour year, enveloped in a liquid-like gas on an orbit that slowly flips over.” Our tour guide to such dangerous planets is Elizabeth Tasker, an associate professor at the Japan Aerospace Exploration Agency, who introduces the rocky ancestry of Earth and the solar system before quickly plunging into the dance of gravity and light and time that got us here. Awe-inducing massive forces conspired to bring forth the very ground beneath our feet, and this trick has taken place around every single star we can see, though not necessarily with as spectacular results (assuming sentient life is spectacular).

Bringing planets to the people

Tasker leads the reader by the hand into conventions such as planet naming that might otherwise be opaque to non-astrophysicists, and her conversational tone, witty footnotes, and abundant use of metaphor propel the text forward. As the title and book jacket suggest, planet building is one of the universe’s biggest construction projects, but instead of developing the factory analogy, Tasker likens dust and gas to Lego bricks and glue sticks, or other everyday but unorthodox craft materials including cat fluff (with which, named as @girlandkat, we assume she is all too familiar). Elsewhere, Tasker plays the planetary forensics expert, using the laws of physics and the stellar equivalent of blood-spatter analysis to locate elusive entities––hello, Planet X!

The Planet Factory is split into three major themes: the making of planets and the solar system, a catalog of weird and wacky exoplanets, and hitting the planetary sweet spot for life. The latter section is definitely of greatest interest to those seeking astrobiology pop science and a call from E.T., while the first two sections are heavier on textbook-level details in physics that may leave the casual reader feeling alienated (pun intended). It’s no mean feat to compress billions of years and colossal disks of gas and dust into a few hundred pages, though. Ending up with a livable rock, it turns out, is highly unlikely, and there are obstacles at every step of the planet formation process, but Tasker lays out the mechanics plainly and engagingly. Readers interested in the properties of exoplanets will appreciate the meticulous inclusion of surface temperatures, masses, orbits, and other details, and narrative links to various space probes and fictional planets like Star Wars’ Tatooine help to trigger the imagination and offset the sparse visuals in The Planet Factory.

Tasker has definitely overdosed on Earth 2.0 hype, and the book’s final section on Goldilocks worlds reflects a tempering of expectations to avoid feeling “perpetually cheated” every time a new exoplanet discovery is announced: “An Earth-like size and a Sun-like star are not sufficient to make our home planet,” she declares. Exomoons, however, may be a more solid bet––if only we could find them! In the meantime, take Elizabeth Tasker’s advice: don’t pack your suitcase for a second Earth anytime soon.*

*Also, your suitcase will probably melt.

Elizabeth Tasker is an astrophysicist specializing in computational models of how stars and planets form in our galaxy. After a degree in theoretical physics, she went on to complete her doctorate at Oxford before moving to the United States and Canada for postdoctoral research positions. In 2011, she became an assistant professor at Hokkaido University in the north of Japan, and moved to the Japanese Aerospace Exploration Agency (JAXA) as an associate professor in 2016.

Elizabeth has been a keen science communicator for many years, dating back to winning the Daily Telegraph Young Science Writers Award in 1999. Since then she has written for Scientific American and Astronomy Magazine, as well as blogs on sites that include Nautilus, the Conversation, and space.com.

Amanda Alvarez is a science writer living in Japan. She received her PhD from the University of California, Berkeley. @neuroamanda