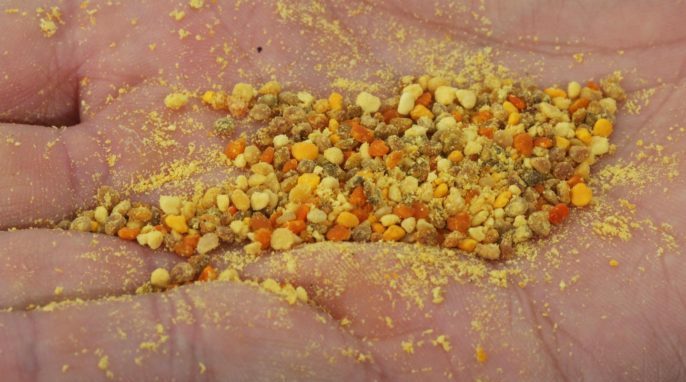 Scientists at Purdue University have been investigating where bees collect most of their pollen—and, consequently, unintended pesticides. The results are unexpected. Even in agricultural areas dominated by soybeans and corn, honeybees collect most of their pollen from plants other than agricultural crops. Furthermore, the pollen is consistently contaminated with pesticides.

[tweetthis]Only use insecticides when you really need to because bees will come into contact with them.[/tweetthis]

Spare the Bees in Your Backyard

The honeybee pollen samples came from about 30 different families of plants. The samples contained plenty of pesticides commonly used on corn and soybean crops, including neonicotinoids, that are toxic to bees. However, the highest concentrations of pesticides in bee pollen were pyrethroids, which are typically used by homeowners and gardeners to control mosquitoes and other nuisance pests.

“Although crop pollen was only a minor part of what they collected, bees in our study were exposed to a far wider range of chemicals than we expected,” says Krupke. “The sheer numbers of pesticides we found in pollen samples were astonishing. Agricultural chemicals are only part of the problem. Homeowners and urban landscapes are big contributors, even when hives are directly adjacent to crop fields.”

Long was also surprised and concerned by the amount and diversity of nonagricultural pesticides found in bee pollen. “If you care about bees as a homeowner, only use insecticides when you really need to because bees will come into contact with them,” she says.

According to Krupke, overall levels of pesticide exposure for honeybees in the Corn Belt could be a lot higher than previously thought. Until now, research efforts and media attention have been focused on the dangers that neonicotinoids pose to pollinators.

“These findings really illustrate how honeybees are chronically exposed to numerous pesticides throughout the season, making pesticides an important long-term stress factor for bees,” Long says.

Honeybee Pollen and Pesticides: We Can Help

According to the researchers, the most common chemical products found in honeybee pollen were fungicides and herbicides. These products are typically used in residential areas to thwart plant diseases and weeds.

In the insecticide category, neonicotinoids and pyrethroids were the most abundant in the pollen samples and pose the highest risks to bees. The study showed distinct spikes of pyrethroids in the months of August and September, when many suburban homeowners spray these chemicals to kill mosquitoes, hornets, and other insects.

The honeybee pollen collected for the study also contained DEET, the active ingredient in most insect repellants and also dangerous to the pollinators.

Sometimes people are torn between the need to protect honeybees from dangerous chemicals and the desire to protect their gardens from harmful pests. Fortunately, there are numerous nonchemical solutions.

The results of this study were published in the journal Nature Communications on May 31, 2016. The academic paper is available for free here.

The research was funded by the US Department of Agriculture’s North Central Regional Integrated Pest Management Program.