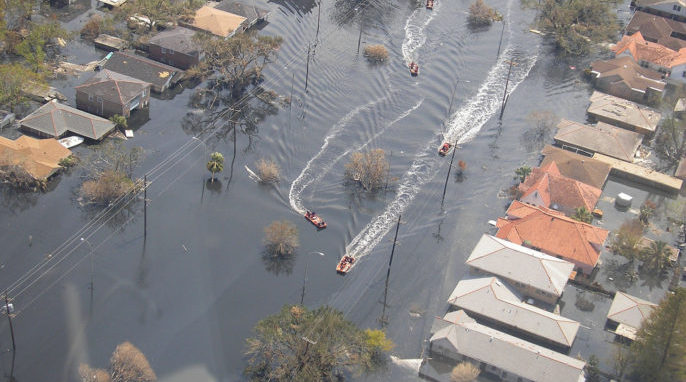 “If we could invent one risk that bypasses all of our psychological alarm systems, global climate change would be it,” a psychologist explains.

You’ve seen the projections, read the articles about record annual temperatures, rolled your eyes at climate change deniers. You know the threat of global warming is real. At least intellectually. But are you really worried about it? Probably not as worried as you know you should be. We asked social psychologist Sander van der Linden of Princeton University why it’s so hard for our brains to perceive climate change as a real threat and how we can motivate ourselves and others to action.

ResearchGate: Why is there a gap between recognizing the danger of climate change intellectually and feeling motivated to address it?

Sander van der Linden: Unfortunately, because climate change is a statistical phenomenon that cannot be experienced directly, it presents a unique challenge for the human brain. Showing people long-term trends in the average global temperature simply does not carry the same weight in our decisions as the type of strong emotional reactions we form through (negative) experiences. So-called affective cues—fast and associative judgments of things we like and dislike—are formed through everyday experiences, and they help us make judgments and decisions, especially about risks. Perhaps the most powerful way for you to intuitively understand the risk of touching a hot plate is to burn your finger. Our brains are equipped with a biologically hard-wired alarm system that motivates responses to immediate environmental threats. The problem is that because we cannot readily see, hear, or experience the risk of climate change, this affective warning system is not activated.

Moreover, our cognitive understanding of climate risks is often discounted psychologically by the fact that global warming has traditionally been conveyed as an impersonal risk that is likely to happen in other places, to other people, at some point in the distant future.

But even with the emotional and cognitive alarms deactivated, there’s still another way that we often learn about risks, and that is socially, through our conversations and connections with other people we care about. Yet, if our close friends and family also don’t seem overly worried about climate change, it is likely that our social alarms will not go off either. In short, if we could invent one risk that bypasses all of our psychological alarm systems, global climate change would be it!

RG: What would you advise those who want to “convince” themselves to take climate change as seriously as they know they should?

Van der Linden: First, learn about how climate change is already impacting your region and local community. For example, numerous studies have shown that climate change is exacerbating the drought in California and increasing the frequency and severity of extreme weather events around the world, such as floods and hurricanes. The human brain is much like a dual-core processor, which means that we learn best when abstract information is elucidated by real-word experiences. For example, although we cannot directly observe climate change, people can and do experience itsimpacts. What’s important, however, is that people are able to connect what they experience locally with what they already know “intellectually” about the problem.

It can also help to consider the moral components of climate change, which as the result of human decision-making is fundamentally a moral issue. The world’s poor will be disproportionately impacted by climate change, even although they contributed the least. Similarly, the choices that we make today will likely impact the quality of life of our children and grandchildren. While tons of psychological research shows that people are often intrinsically motivated to help others, if you want to convince yourself further, ask yourself this: knowing that we are all partially responsible, do you feel that you have a moral obligation to take climate change seriously?

RG: What about those who want to motivate friends and family to change their behavior?

Van der Linden: I often tell my students that social influence is a part of everyday life; whether we intend to or not, we are constantly influencing the behavior of others, and others are in turn constantly influencing our own thoughts and actions. Because of this, we all have the power to institute or change existing social norms (the implicit rules that govern our social behavior). Social psychologists distinguish between two separate sources of influence, informational and normative. Informational influence simply involves providing people with information about the behavior of others, as people often use information about what others are doing to inform their own behavior. In this case, that would mean simply informing your friends and family about all the things you are already doing to help reduce climate change. Normative influence is more direct and includes telling friends and family what you think they ought to be doing to help. You might feel that your family won’t listen to you, but what people often don’t realize is that you have a special status with people you know. You are an in-group member, which means that even when your peers may not admit it, your opinion is given more weight than a stranger’s.