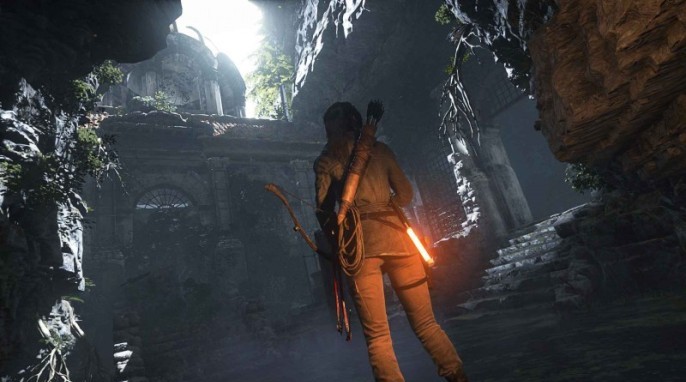 Half of the 150 million gamers in the USA are women. Our friends at ResearchGate interviewed two scientists about female gamers and sexism in the games industry.

But instead of embracing the changing demographic, the massive growth in the number of women playing games is only making the gaming industry’s sexism and exclusion more apparent. We speak with Rachel Kowert and Johannes Breuer  authors of “Sexist Games=Sexist Gamers?” about the gaming industry, Tomb Raider and the issue of sexism.

Let’s talk about sexism in the games industry

ResearchGate: What is your opinion of the Tomb Raider franchise and its main protagonist, Lara Croft?

Rachel Kowert & Johannes Breuer: Among researchers studying the use and effects of digital games, there has been some dispute about the role and cultural meaning of Lara Croft. Some see her as yet another example of an oversexualized and clichéd female character, while others see her as a positive example of a powerful female protagonist that both male and female players can identify with.

The attributes of Lara Croft have certainly changed over the course of the Tomb Raider series. Especially in the successful reboot of the franchise, Lara Croft no longer seems to be the stereotypical sexy action heroine that she was in the first games of the series. Today, she has much more depth and, consequently, offers more potential for identification with different players. Because of this, we would argue that the character of Lara Croft has evolved along with the technology of the games and, in both cases, this can be thought of as progress.

RG: Lara Croft in the upcoming “Rise of the Tomb Raider” game is not so needlessly over-sexualized. Is this new Lara a step in the right direction, away from sexism in the games industry?

RK & JB: We would not want to morally judge whether this is a step in the “right direction,” but it is certainly the case that the character of Lara Croft has evolved and has more depth than she did when the series was first created. The fact that the games’ narratives now incorporate her personality and personal history, rather than just her physical attributes, is likely to make the game more interesting and, potentially, also appealing to a wider range of players.

RG: What do you make of the gaming conference SXSW in Texas canceling two panels that would discuss gaming culture and sexism due to threats of violence?

RK & JB: Attacking free speech with threats of violence is always condemnable. While such things are by no means exclusive to games or gaming, it is very sad and disappointing that the debate about sexism and games has come to this. A civil and open discussion about this topic is what is needed and this certainly cannot be achieved by threats of violence.

RG: Certain pockets of the gamer community are famously resistant to accusations of sexism (e.g. Gamergate controversy: in which a number of female game developers and writers were threatened with violence). Why do you think that is?

RK & JB: It seems that some people are afraid that the diversification of the gaming community and the games industry is taking something away rather than enriching the field.

For many people who participate actively in this debate, being a gamer is a central part of their identity. As such, it is not necessarily surprising that they are responding with hostility as they feel that an important part of their identity is being threatened. While some members of this movement certainly have sexist, misogynist or anti-liberal beliefs, many seem to be primarily afraid that their identity (and corresponding community) that they cherish might change. The logical fallacy is that something is being taken away from you because more people are allowed to participate. We see similar patterns in the reactions to legalizing gay marriage. People seem afraid that they will lose something if others have the same rights as they do. Similarly, it appears that some people are afraid that the diversification of the gaming community will devalue it. What tends to be overlooked here is that cultural participation is not a zero sum game.

RK & JB: We believe exclusion to be the main problem and we see it occurring on four levels: the games industry and its workforce, the content of the games, socialization processes in childhood and adolescence, and the gaming community itself (we are currently developing a chapter outlining this theoretical approach of exclusion to be published late next year in a follow-up book to Multiplayer). While our NIH-funded study on sexism and games found that playing video games does not cultivate more sexist attitudes, a negative effect of sexism in gaming culture is certainly that it excludes certain parts of the population or at least makes it more difficult for them to participate. As such, the major problem with sexism in games and gaming culture is that it is off-putting to many players.

RG: Why is sexism in gaming even an issue? Particularly when Entertainment Software Association (ESA) recently reported that 44 percent of players in the US are female.

RK & JB: Several studies, including our own, have shown that the overall proportions of female and male players are trending towards being even; however, male players tend to be more highly involved with games. On average, they spend more time and money and gaming is a more important part of their social identity than for most female players. As such, we would argue that noting the overall change in the number of female players is only tapping into one aspect of game involvement and gaming culture. We also believe sexism in gaming cultures will most likely not dissipate until gaming is understood and treated as an activity that can be enjoyed by anybody. This change needs to begin with the way we introduce technology to our children, as video games and video game play are largely seen as a gendered (i.e., exclusively male) activity.

RG: As online gaming becomes more popular and players can actually talk to each other in the game though headsets, is there more danger of players being sexist to other players than the actual game itself being sexist? How do you see this online environment affecting female gamers?

RK & JB:We would definitely agree that the interaction between players is a much bigger issue than the content of the games. As Dr. James Ivory (Virginia Tech) once put it in a newsletter article for the International Communication Association, “…we should worry less about effects and think more about the interactions between players”. This is especially important for people like us who study human interaction with and via the media. Regarding the effects this can have for female players, there are many studies that have shown that many females have stopped playing a certain game or type of game because of their experiences with harassment, while others try to actively hide their gender identity when engaging online with other players where harassment may potentially occur (If you are interested in learning more about this line research, Dr. Jesse Fox (Ohio State) has done a lot of work in this area).

RG: A recent PLOS journal article found that men who performed worse in an online game (Halo 3) made more negative comments and these comments were more likely to be directed at women than men. What do you make of these results?

RK & JB: This was an interesting study that can be interpreted in two ways: first, it is possible that players who are less successful in-game may trash-talk more to vent their anger or cope with their frustration with failing at the in-game tasks. If that is the case, insulting or harassing other players is being used as a means to generate a feeling of control and superiority. However, one could also think about an opposite causal mechanism: these players perform worse because they insult and harass other players. The rationale for this hypothesis would be that actively trash-talking your opponents distracts you from the actual performance in the game. We think the take-home message here should be that hateful comments decrease your performance rather than “only losers insult other players,” which is how many news outlets have framed the results of this study.

RG: Do you think the media has a tendency to portray male gamers in a certain way?

RK: Some of my research has looked at the stereotypes associated with gamers, how they are used in popular media, and if they meet with the reality of the gaming community today. In general, most of these stereotypes have little support in reality, as the gaming community is an incredibly diverse group of individuals. As gaming becomes more popular and “mainstream,” the question of what a typical gamer is, looks like, or behaves is becoming as absurd as asking what or who the typical TV viewer, movie goer, or internet user is.

The stereotypes of the lonely, socially inept, male gamer are not only wrong, but also not very helpful. They portray a large and quite diverse group of people in a very unfavorable light, as well as proliferate the idea of gaming as a male space that is “not for everybody”. Of course, most (if not all) of the individuals who defend the proliferation of sexism and harassment within the gaming community as acceptable are angry and male, but these individuals are the exception rather than the status-quo.

The featured Image for Another Look at Sexism in the Games Industry is courtesy of Crystal Dynamics.