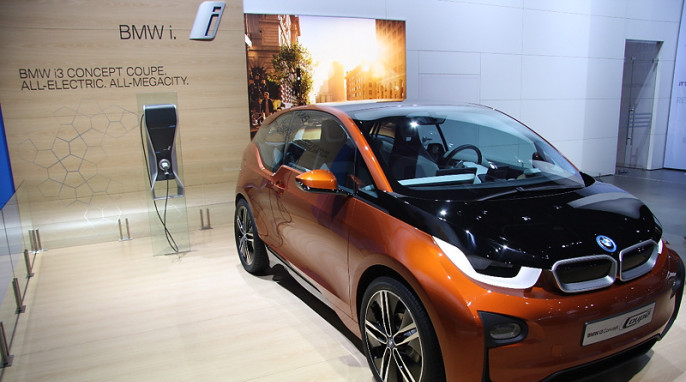 The dream of an electric transportation revolution—recharging stations dotting rural highways, noiseless sedans gliding across pavement—lives in the minds of many who hope to move beyond oil dependence. But the reality of this transformation will elude us until battery technology improves. Expensive and overweight, current lithium-ion (Li-ion) battery technology cannot support long car trips and would require lower costs to be commercially viable.

Now, the ignition for such a revolution may be arriving in the form of silicon. New research from the University of Waterloo and General Motors builds on past developments, using silicon in lithium-ion technology to dramatically increase the battery’s storage capacity, stability, and lifetime. This creative solution addresses an issue that may seem unusual in the world of material science: silicon’s bloating problem.

Typical batteries consist of a lithium (Li) metal cathode and an anode separated by a liquid electrolyte that transfers lithium between the two electrodes. Batteries provide power by discharging lithium from the anode to the cathode via the electrolyte. To date, most lithium-ion batteries use anodes made of graphite, layers of carbon sheets arranged in hexagonal patterns. The wide space between these layers provides the perfect location to store lithium atoms moving into and out of the anode as the battery charges and discharges. The maximum amount of lithium that can be stored in the anode determines the battery’s capacity, limiting how far a car can be driven before needing to be recharged. The capacity of traditional lithium-ion batteries with graphite anodes is around 370 milliampere-hours per gram (mAh/g), enough to power your laptop but insufficient for long travel.

Silicon (Si) is a tantalizing solution to this capacity problem. The spacious network of silicon atoms in nanoporous anode designs similar to sponges increases the theoretical capacity of a lithium-ion battery to 4200 mAh/g. This is more than ten times the capacity of a graphite anode!

So why aren’t all batteries already made with silicon-based anodes? There are two problems: silicon’s response to lithium intercalation and its unfavorable interaction with the liquid electrolyte. Like a balloon swelling with air, silicon’s volume increases dramatically as it stores lithium. Such swelling causes stress on the anode structure, eventually leading to degradation and device breakdown. Previous work has prevented this volume expansion by breaking up the silicon anode into many small nanoparticles embedded in another material to give them space to swell.

But this solution only generates more problems. The small silicon nanoparticles that solve the expansion problem are vulnerable to irreversible reactions with liquid electrolyte seeping into the anode (known as the solid electrolyte interphase). These reactions hinder silicon’s ability to take in lithium ions and reduce the overall lifetime of the battery. In addition, the small particles have poor conductivity, reducing the battery’s ability to provide enough current to power cars or other devices. So far, no anode design has been able to both limit volume expansion and prevent unwanted side effects such as electrolyte interactions and low conductivity.

With these unsolved problems in mind, the University of Waterloo and General Motors researchers developed a new method to protect the tiny silicon particles from the electrolyte while preserving their conductivity. The method creates a structural scaffolding around the silicon nanoparticles that allows lithium ions to intercalate but keeps the electrolyte out. Here’s how it works.

The new design combines three different materials: silicon nanoparticles, graphite sheets with sulfur substituting for some carbon atoms (sulfur-doped graphene), and an organic polymer known as polyacrylonitrile (PAN). After mixing all the ingredients together, the silicon nanoparticles tend to covalently bond with the sulfur sites in the graphite. This strong interaction naturally creates a network of silicon particles bound to intermittent sulfur locations between graphite layers. Heating the mixture slowly to about 450°C develops a structural framework of PAN around and between the graphite layers. The atomic structure of this anode can be seen below. The large yellow spheres are the silicon nanoparticles, the blue spheres and lines are the graphite sheets, and the gray/black region is the PAN network.

The ability of PAN to sneak its way through the entire graphene-silicon structure shields the silicon nanoparticles from the electrolyte while also providing a dense network of molecules along which electrons can travel. Thus, the anode design solves both the electrolyte and conductivity problems seen in previous anode designs. At the same time, the silicon nanoparticles are happily stuck to the sulfur-doped graphene sheets, with plenty of room to expand between the graphite layers during lithium intercalation.

Beyond Graphite in Batteries

The ultimate test of these new silicon-based anodes is to measure their capacity and lifetimes. Battery lifetimes are mainly determined by how their capacity changes over time after many charge-discharge cycles. Charging and discharging can lead to detrimental chemical reactions at the anode-electrolyte interface, limiting capacity during future cycles. Therefore, testing capacity after thousands of cycles tells researchers whether a particular battery design is commercially viable.

The electrochemical tests of capacity and lifetime for this silicon-graphene-PAN composite anode structure are extremely promising. In particular, the capacity reached 1,033 maH/g over 2,275 cycles, which is nearly three times larger than the capacity using graphite anodes. This robust capacity over thousands of cycles is a second piece of evidence that the composite structure protects the silicon nanoparticles from the electrolyte and prevents unwanted reactions that would reduce capacity over many cycles.

It may seem incredible that chemists can combine these three materials together to form such a perfectly suitable structure. But this research is an excellent example of creating a nanotechnology helpful to society by exploiting fundamental chemical interactions at the atomic scale. The researchers took advantage of the strong covalent interaction between sulfur in graphene and silicon nanoparticles, knowing that they would create the basic framework to allow room for silicon’s volume expansion. The final piece of the puzzle was finding the correct heat treatment so that PAN molecules would wrap around this graphene-silicon structure. With such promising initial results, the next research steps should determine how quickly this technology can transition to commercial applications.