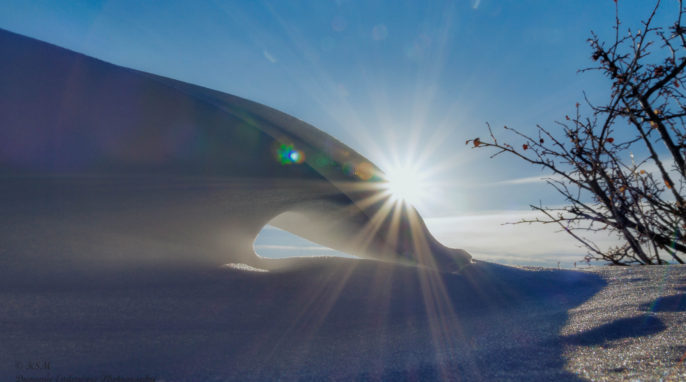 Learn about the winter solstice! Find out what it is and why it has been celebrated by human civilizations since time immemorial.

If you happen to walk the beautiful slopes of Machu Picchu someday, look for the ruins of a solitary tower built around a single slab of stone. Arrive early in the morning around June 20. You should find the sun shining through a window at just the right angle to illuminate a slim groove etched into the stone. Long ago, this annual sign was cause for celebration! Each year, the event marked the winter solstice in the Southern Hemisphere, the shortest day of the year as the Sun descended to its lowest point in the sky.

The occasion kicked off the Incan celebration of the Sun and the start of planting cycles. The Incas, however, was not the only ancient civilization to mark the advent of the winter solstice. The Persians recognized the birthday of Mithra the Sun King, Egyptians blessed Horus’s birth, and the Roman Emperor Aurelian celebrated the birthday of the unconquered Sun (dies natalis solis invicti).

In the Northern Hemisphere, the winter solstice always occurs near the end of year. Afterward, days lengthen and the journey toward spring and rebirth begins. The festivals and celebrations of old civilizations were a way to make sense of this mysterious but dependable pattern of the universe. Now, after centuries of skyward observation, what can science tell us about why the winter solstice occurs with such consistency and at opposite ends of the calendar for each hemisphere?

A massive collision is likely to blame. At least that’s what scientists think. Early in the life of the universe, about 4.6 billion years ago, a nebulous cloud of space dust collapsed in on itself, fusing hydrogen and helium together to form the Sun, with plenty of leftover material spinning around our nascent star. The gravitational attraction among all this orbiting dust pulled incredible amounts of mass together to eventually form space rocks that we know as asteroids, comets, and planets. The Earth was one such newly formed rock, probably spinning on an axis perpendicular to its orbital plane around the Sun. But the solar system was a volatile place back then. Another newly formed rock likely smashed into the Earth with so much force that it tilted the Earth’s axis of rotation by 23.5 degrees.

We wouldn’t have the seasons today without this early-universe smashing of young planets. As the Earth orbits the Sun, its tilt reclines the Northern Hemisphere farther from the Sun after the September equinox, the moment when every place on Earth experiences equal amounts of day and night. After this moment, Earth continues its orbit, but its tilt leans the Northern Hemisphere farther and farther away from our star. Light has less opportunity to reach the northern climes in this case, leading to shorter days and longer nights.

Take a moment to consider the impact of Earth’s tilt on the potential for life on this planet. At 23.5 degrees, the Earth’s orbit is just severe enough to cause dramatic temperature changes between summer and winter. However, neither are extreme nor long enough to make the planet uninhabitable for long periods of time. This moderate variability in climate has allowed life to slowly evolve and survive over eons.

Contrast this planetary experience with that of Uranus, which is tilted just over 90 degrees relative to the plane of its orbit around the Sun. This large tilt means that its axis of rotation points directly at the Sun for two of its four seasons. For these two seasons, one side of the planet receives sunlight all year round, and the other side is destined for complete darkness. Uranus takes 84 years to revolve completely around the Sun, so each of these extreme seasons would last around 21 years! Such long seasonal extremes would make it very difficult for life as we know it to exist on such a planet. The tilts of other planets in our solar system vary widely, from the 177-degree flipped axis of Venus, to the 25-degree tilt of Mars, which is very similar to that of Earth.

A figure-eight dance in the sky

As a lone observer standing on Earth’s surface, it’s hard to imagine Earth’s tumultuous journey around the Sun that causes the change in seasons. However, we can witness the effect of Earth’s tilt directly by observing the changing location of the Sun in the sky. As Earth’s orbit progresses, its tilt slowly shifts the distance and angle between the Sun and any fixed position on the planet. This shift will change the position of the Sun in the sky from the perspective of a stationary person on Earth. Therefore, across an entire year, we can trace the path of the Sun in the sky, leading to an elongated, figure-eight trajectory known as an analemma (see image below). During the winter solstice, the Sun is positioned at its lowest point in the analemma, 47 degrees lower in the sky compared to its peak position during the summer solstice.

Ancient civilizations such as the Incas used this dependable pattern of the Sun’s path in the sky to predict seasonal changes. If the position of the Sun is marked with dates and times, then the analemma path can be used as a rudimentary calendar. Such records were used in conjunction with sundials as late as the 18th century.

In ancient times, pagan religions celebrated the winter solstice, that singular moment when the Sun turned northward in the sky, as a sign that spring and warmth were coming. Today, we understand all the physical mechanics of tilt and orbit that underlie this annual phenomenon, but our awe for such celestial consistency need not be diminished. We still share with our ancestors the need to celebrate the rhythms of our lives, guided by universal forces far beyond our control. So, as we now imagine our swiftly tilting planet sweeping around the Sun, its axis slightly askew, we can still marvel at the universe’s emergent patterns and take the opportunity to meditate on our own rebirth in the months to come.

Dr. Jonathan Trinastic earned his PhD in physics at the University of Florida. He is interested in renewable energy technology and sustainable energy policies, as well as living by Ernst Schumacher’s mantra that “small is beautiful.” Read more of Jonathan’s work at his personal blog, Goodnight Earth, and follow him on Twitter @jptrinastic. All views expressed are solely his own and do not reflect those of his employer.