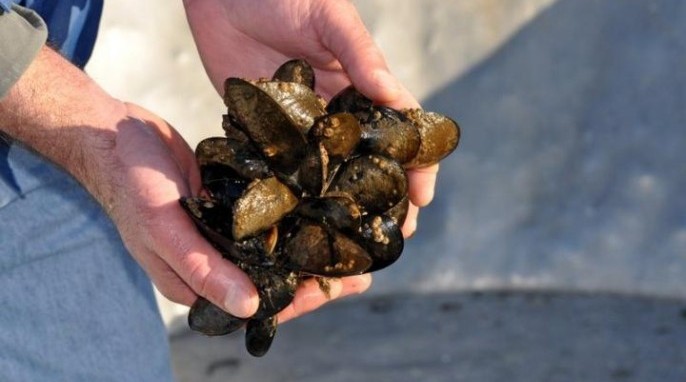 Ocean acidification is killing young oysters, clams, and mussels in U.S. coastal regions that depend on these shellfish. Find out why.

Coastal communities in fifteen U.S. states that depend on the $1 billion shellfish industry (primarily oysters and clams) are in trouble. The shellfish supplies in these areas are at risk from the increasing threat of ocean acidification, according to a new study from Oregon State University.

Previously, the Pacific Northwest was most frequently cited as the region with vulnerable shellfish populations, say the researchers. Now they have identified many more coastal areas where the problem exists, ranging from Chesapeake Bay to the bayous of Louisiana.

“Ocean acidification has already cost the oyster industry in the Pacific Northwest nearly $110 million and jeopardized about 3,200 jobs,” says Julie Ekstrom of the University of California at Davis.

George Waldbusser, an Oregon State University marine ecologist and biogeochemist, says that the spreading impact of ocean acidification is due mainly to increases in greenhouse gases. Carbon dioxide is killing off young shellfish at an alarming rate.

“This clearly illustrates the vulnerability of communities dependent on shellfish to ocean acidification,” Waldbusser explains. “Ultimately…we will be stuck with a much larger long-term problem.”

The research team identified several “hot zones” in the coastal United States that are in particular danger. These include:

“The power of this project is the collaboration of natural and social scientists focused on a problem that has and will continue to impact industries dependent on the sea,” Waldbusser says.

This research is published in the journal Nature Climate Change and was funded by the National Science Foundation’s National Socio-Environmental Synthesis Center.