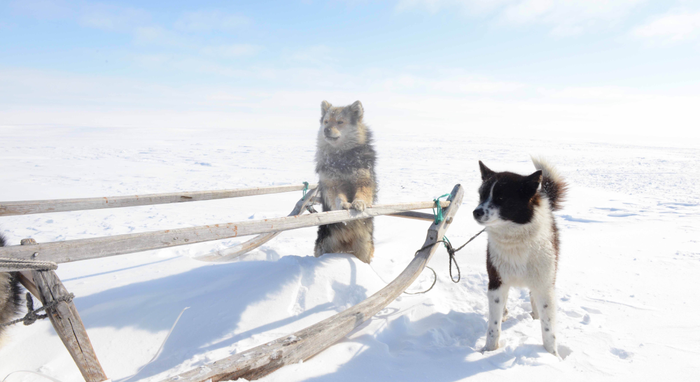 Dog people love their dogs, but did you know that working canines were traded in the Arctic as valuable commodities at least 2,000 years ago?

During the Covid-19 pandemic, many dog owners have become closer than ever to their canine companions. But dogs have been a major part of human society for at least 20,000 years. More than just four-legged friends, canines in ancient Arctic Siberia were — and still are — important tools, helping humans travel, hunt prey and herd livestock.

Now, new genetic research from the University of Copenhagen in Denmark suggests that dogs were so important to Arctic peoples’ way of life that they were traded as commodities at least 2,000 years ago.

Dogs have lived in Arctic Siberia for about 10,000 years, and according to evidence from Zhokhov Island in the East Siberian Sea, certain breeds have been working alongside humans for the vast majority of that period — 9,500 years.

Throughout much of this time, ancient human populations in Siberia remained relatively isolated, but genetic material for dogs changed by contrast. This leads the researchers to believe that while people didn’t exactly mingle from tribe to tribe, canines were a different story.

International collaboration allowed researchers to access ancient dog bones unearthed on archaeological sites and fur samples from museums, all from dogs within the Siberian or Eurasian Steppe regions. The research team, including lead author Tatiana Feuerborn of the GLOBE Institute, then sequenced genetic material from 20 dogs ranging from 11,000 to 60 years old. They analyzed the data alongside existing genomes of ancient and modern dogs to learn how modern dog breeds were established.

Feuerborn and her colleagues found that new genetic material was introduced into the ancient Siberian dog population around 2,000 years ago. They also noted that the ancestral genetic material appears in dog breeds that are still popular today, such as the Samoyed and the Siberian Husky.

“Together, our findings reveal that several popular Arctic breeds maintained significant levels of ancestry from a lineage established prior to 9,500 years ago,” says paleogeneticist and study co-author Laurant Frantz.

To add another layer of intrigue, the researchers noticed that new genes were mixed into Siberian canine populations around the same time societies were experiencing transformations in tool making, transportation and herding reindeer.

For example, the study states that in Northwest Siberia, dogs from the Iron Age — or around 2,000 years ago — had less in common genetically with dogs from the Eurasian Steppe area than they did about 1,000 years later.

These new genes were discovered alongside material that did not come from Siberian regions, such as beads and metal tools, further hinting that dogs may have come from elsewhere in a widespread trade network. Since dogs tend to travel alongside humans, these relatively exotic breeds may have entered the cultural exchange just like the ideas, practices, processes and commodities of the time.

This study is significant because it helps give context to humans’ relationships with dogs. In ancient times, they were important economically and socially, even playing a role once they’d died, by keeping humans warm with their furs, from which some of the researchers collected samples.

“Dogs were vital to the way society was running, so it also tells the story of why they were domesticated in the first place,” says Feuerborn.

While we tend to think of modern dogs as squirrel chasers, jogging buddies, house guardians and occasional Zoom-call comedians, our ancestors depended on their ancestors not just for companionship, but for survival. Even now, for indigenous Arctic groups like the Koryaks, Chukchi and Nenets, dogs still play an active role in daily life. Alongside human counterparts, they hunt, herd, pull sleds and guard property, echoing the life-sustaining, ancient work of 10,000 years and counting.

This study was published in the journal PNAS.