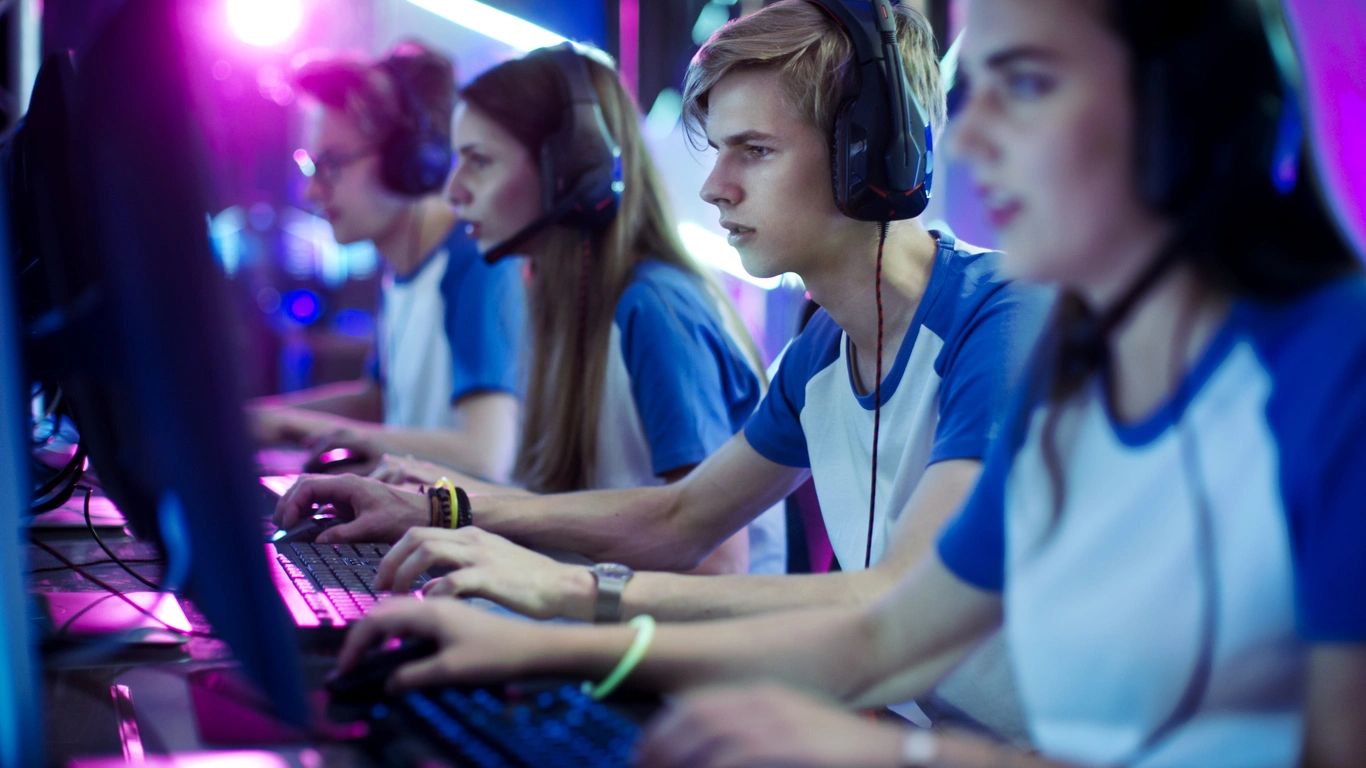 Citizen Science Get to Know a Scientist

We interviewed Claire Baert, who has been working in the game industry for 10 years and got hooked on citizen science games a few years ago. A few years ago, she joined the Human Computation Institute, which developed Stall Catchers, a gamified citizen science project that accelerates Alzheimer’s research.

Science Connected: In plain language, what are citizen science games?

Claire Baert: Citizen science games are games that help research and that can lead to scientific discoveries. They are games in which players help solve complex problems, or produce or analyze data for research. In these games, players can, for example, help with diagnosing and curing diseases, or building a quantum computer. They also answer important research questions.

There are not many citizen science games yet. Making a game is difficult, and the design is even harder when it must adhere to scientific constraints and rigor. Not many people are aware they can play games to help science, so thank you for covering this topic!

RELATED: A Game Playing App May Have Just Helped Create COVID Vaccines for the Developing World

SC: How did you first get interested in this topic?

Baert: Three years ago, I was a project manager for a publisher, and we were preparing the launch of a new game. I had a list of online games to look at, and in this list was the game Foldit, which I had not heard of before. The tagline, “Solve Puzzles for Science,” aroused my curiosity.

I launched the game and started with a series of intro puzzles. Puzzle after puzzle, I was introduced to the different components that make the structure of a protein. I was unlocking new tools to help me fold my proteins and make them more energy efficient. I discovered recipes and scripts that were made and shared by players to automate repetitive tasks. Later that day, I found out that Foldit was actually helping scientists with protein structure prediction and protein design. Foldit players have already helped find the structure of a protein that had stumped scientists for years. There is a lot of information about the science behind Foldit on their website. Playing Foldit was my first contribution to citizen science.

When I found out that there were other games like Foldit, I tried them all, and then I decided to set up a website dedicated to citizen science games. I contacted science teams; gathered news, articles, publications linked to the games; and launched the website in December 2016. This is how I started chatting with Eglė Ramanauskaitė, the citizen science coordinator for Stall Catchers, a gamified project that helps accelerate Alzheimer’s research. I ended up joining their team last year.

SC: What is the mission of Stall Catchers? How does the game work?

Baert: In Stall Catchers, participants look for stalls in brains of mice affected with Alzheimer’s disease. Data analysis can be the bottleneck in scientific research, and having citizen scientists helping with the task accelerates Alzheimer’s research. The task is challenging for machines, and though it is easy enough for humans, it is also repetitive. A game-like setting makes this task more interesting for participants. In a recent interview, Eglė, who designed Stall Catchers, explained that organizing a competition brought 250 middle-school students to participate on Stall Catchers. She also explained that some participants contribute to ensure they remain on top of the daily, weekly, and all-time leaderboards.

SC: How can gamification enhance the citizen science experience, for both participants and organizers?

Baert: I’ll use the definition by Sebastian Deterding, a UK-based researcher, expert in gameful design: “Gamification is the use of game design elements in non-game contexts.”

Gamifying an activity (as opposed to designing a game) uses game design to make that activity more enjoyable, more engaging, to potentially retain participants for a longer period of time, and to build stronger communities. However, in the activity, there is no gameplay; only elements or mechanics that can be found in games. The purpose of the core activity is not to entertain the participants.

In gamified citizen science projects, the goal is to help scientists and to accelerate research. The game elements should facilitate and support that goal. They can influence participants’ behavior, and, in some cases, they can increase the quantity and quality of the science produced by citizen scientists.

SC: What types of citizen science projects benefit most from games and gamification?

Baert: In a recent workshop about citizen science games, Ginger Tsueng, the scientific outreach manager for Mark2Cure, gave a great example of how gamification helps their project. Scientific knowledge is mainly shared through (millions of) academic papers. In Mark2Cure, participants extract information from biomedical text. However, as she wrote on her slide, reading lots of text is not always exciting. Game elements like points or multiplayer features make the task more tolerable and facilitate the onboarding.

Citizen scientists can help gather and analyze data, and in some projects, they can also help solve complex scientific problems. In most video games, the learning is scaffolded. Players often start with an interactive tutorial and then play through different levels, which offer the right level of challenge. They receive adapted feedback, unlock tools, and get rewards that help with their progression and help them gain the level of expertise they need to master the game. They can practice, try different strategies, and sometimes collaborate with other players. Most of these elements can be found in the citizen science game EteRNA, in which players fold RNA molecules. EteRNA players became so good at folding RNA molecules that they beat supercomputer-powered algorithms. Their results were published in the Journal of Molecular Biology.

SC: What are some other examples of citizen science games? What research have they contributed to?

Baert: In Phylo, players solve DNA puzzles and help genetic disease research. The game is developed by McGill University, which also recently released ColonyB, a mobile game that contributes to research on the human microbiome. Eyewire is a pretty relaxing game, in which players help map the brain by coloring in neurons. Not only do Eyewire players help create a detailed map of more than 1,000 neurons, they also allowed researchers to discover six new neuron types.

Some citizen science games advance the fields of quantum computing. I spent quite a lot of time on Decodoku, trying to solve quantum error on my mobile. It is a nice mix of Sudoku and 2048, and the goal is to help find a good strategy. My best score was 376, and that was already challenging! In Quantum Moves, players have twenty seconds to drag an atom and release it in the target area. The atom, represented as a wave, behaves like a quantum and must be kept stable. Scientists study how players form their strategy and use the information to develop algorithms that can then be used by computers. By playing these games, players help build quantum computers.

The last example I would like to introduce is Project Discovery. In this unique project, the science is not gamified but has been integrated into EVE Online, a huge sci-fi online game. In the first iteration, EVE players were helping classify human cells. In the current iteration, they are looking for exoplanets. Players submitted more than 13.2 million classifications in the first two weeks of the release, making Project Discovery one of the most successful citizen science project to date.

Learn more: Volunteers Are Helping with Alzheimer’s Research by Playing an Online Game

SC: What else should readers know about citizen science games?

Baert: Some of these games are casual, meaning that everyone can play them and a few minutes of contribution can produce valuable data. Some others are pretty hardcore, meaning they require more time and mastering them is challenging. However, you do not need to have a scientific background to participate.

These games are not just about competition. They can be great collaborative and social tools, progressively teach complex concepts, and more importantly, lead to important discoveries! You can look at the list and pick the one you’d like to try!