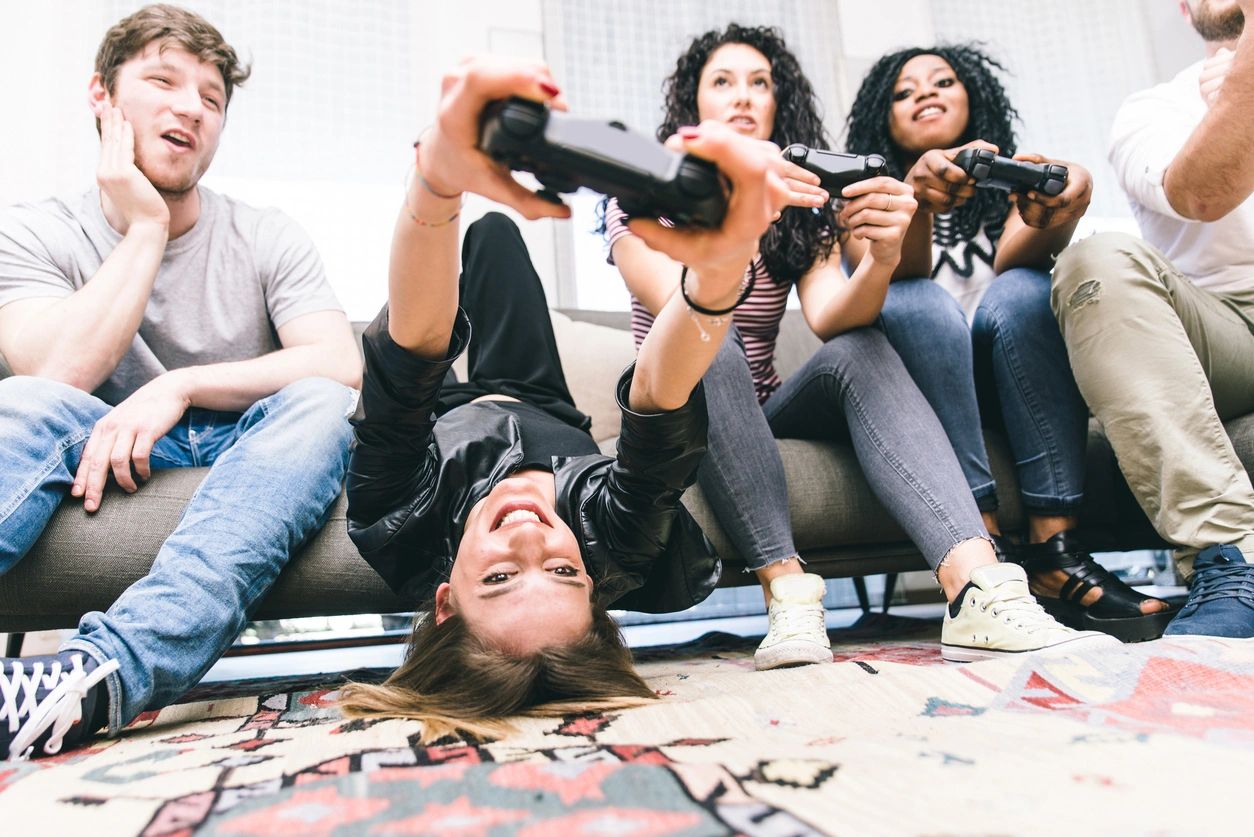 People who play action video games learn new sensorimotor skills more quickly than non-gamers do, according to a study by psychology researchers at the University of Toronto.

The results of the study suggest that playing action video games may enhance the player’s ability to learn the dynamics of new sensorimotor tasks. This type of learning is valuable in performing laparoscopic surgery, for example, which involves high precision manual control of remote surgery tools through a computer interface.

“We wanted to understand if chronic video game playing has an effect on sensorimotor control, that is, the coordinated function of vision and hand movement,” says Davood Gozli, who led the study with supervisor Jay Pratt.

To find out, they conducted two experiments. In the first, 18 gamers (those who played an action video game (a first-person shooter) at least three times per week for at least two hours each time in the previous six months) and 18 non-gamers (who had little or no video game use in the past two years) performed a manual tracking task. Using a computer mouse, they were instructed to keep a small green square cursor at the centre of a white square moving target which moved in a complex pattern that repeated itself.

Although all participants improved their performance as they learned the complex pattern of the target, the experienced players of action video games were significantly more successful than the non-gamers.

In the next experiment, the researchers set out to determine if the superior performance of the gamers was indeed a result of learning rather than simply having better sensorimotor control. To eliminate the learning component of the experiment, they asked participants to again track a moving dot, but the dot moved randomly. The result this time: neither the gamers nor the non-gamers improved as time went by, suggesting that learning was playing a key role and the gamers were learning better.

A team of researchers at the Human Computation Institute and Cornell University want to understand what causes a 30% reduction of blood flow to the brain in Alzheimer’s patients. Preliminary findings from the Schaffer-Nishimura Biomedical Engineering Lab suggest that restoring blood flow to the brain could delay the onset of Alzheimer’s and restore cognitive functioning. However, there is too much data to sift through, so citizen scientists are helping by playing an online game.

By playing citizen science games like Phylo, Colony B and Borderlands Science, you can join scientific research projects in your free time.

We interviewed Claire Baert, owner of the site www.citizensciencegames.com. She has been working in the game industry for 10 years and got hooked on citizen science games a few years ago. Recently, she joined the Human Computation Institute, which developed Stall Catchers, a gamified citizen science project that accelerates Alzheimer’s research.

The research into the possible effects of playing action video games was done in collaboration with Daphne Bavelier, who has appointments with both the University of Geneva and the University of Rochester. The study is published in the peer-reviewed journal Human Movement Science.