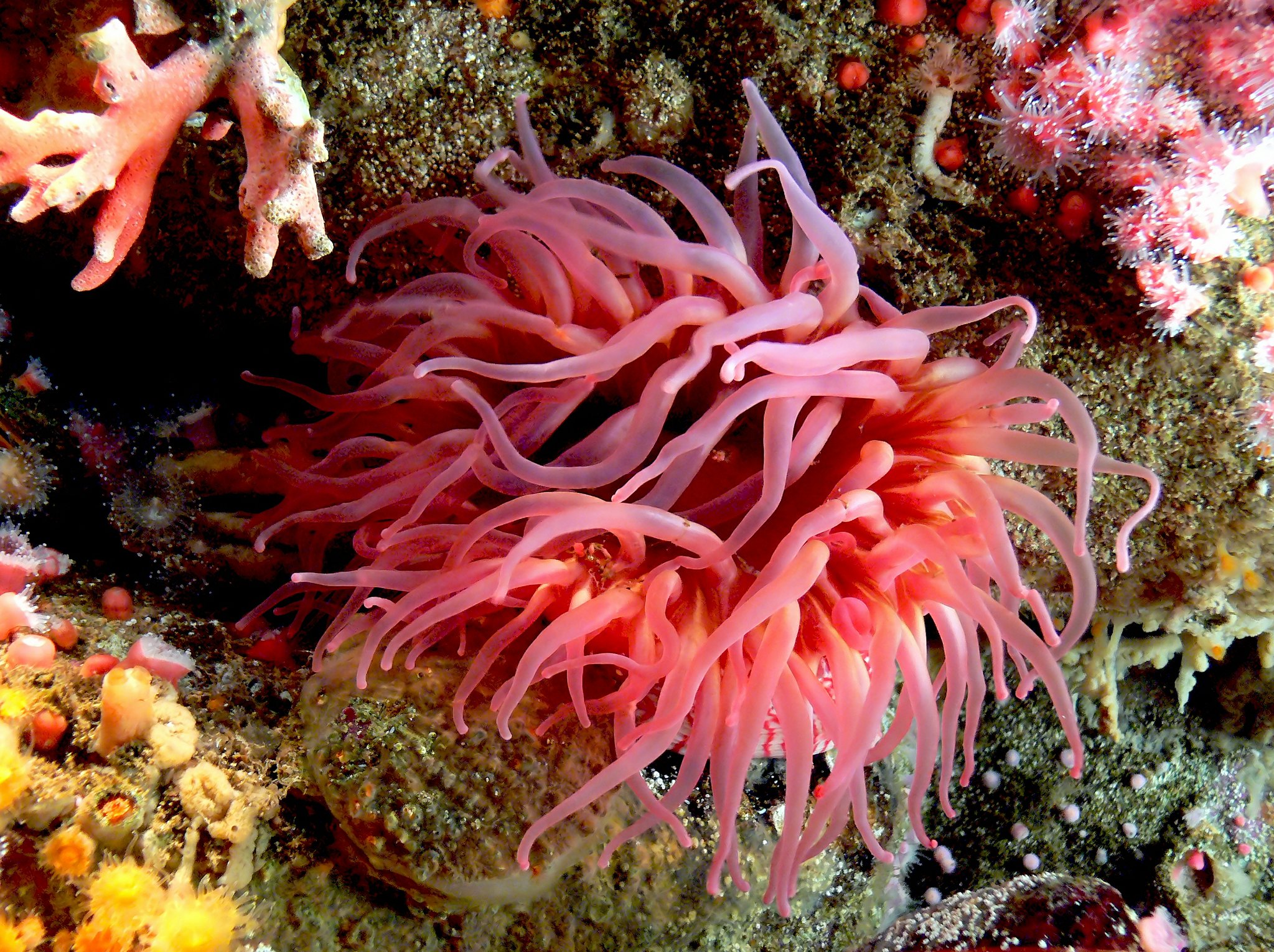 Taking “you are what you eat” to the next level, new research shows that the more a sea anemone eats, the more tentacles it grows.

Most animals have a set number of limbs that they’re born with, determined by their DNA. However, sea anemones are the exception—they grow tentacles throughout their lifetimes. Not only that, but they each grow different numbers of tentacles! Until now, it was unknown what determines this number, but researchers have discovered that it may be the amount of food an anemone eats.

Scientists at EMBL Heidelberg and the Stowers Institute for Medical Research in Kansas City analyzed over 1000 sea anemones of the species Nematostella vectensis. They carried out several experiments, building a picture of how tentacle growth works.

When the anemones were fed regularly, they grew over eight tentacles, some even growing 24. But when no food was given to the anemones, they grew only four tentacles. And sea anemones that were fed twice a day developed tentacle buds quicker than those fed only once a day. These results all point to food-dependent tentacle growth.

Although pictures of anemones show them full of tentacles, this shouldn’t undermine our appreciation of their complexity. Researchers have only recently started to understand the intricacies of this process, realizing it is a balance of both their genes and their environment.

The process of growing tentacles

What’s fascinating in this study is that these sea anemones continue to grow tentacles throughout their lifetimes, not just when originally developing. The question is, how do they carry out this unique and unusual feat? It’s comparable to a fully grown mammal growing another couple of legs!

Muscle cells, surprisingly, are the instigators of this process. When the sea anemones have plenty of food, two main molecules—named Target of Rapamycin (TOR) and Fibroblast growth factor receptor b (Fgfrb)—start signaling. This sets off a chain of reactions, causing muscle cells to change their gene expression and start dividing. These sites of dividing muscle cells mark areas that will grow into buds, and from buds into tentacles.

Humans have these same molecules and signaling pathways within us. In fact, scientists are currently studying them, but only in the context of developing embryos. This research opens a whole area of further study into how these events could also occur in adult humans.

Group leader Aissam Ikmi even imagines—in a far-reaching look to the future—how useful it would be for humans to replace injured limbs by eating more. Which is a chilling, yet thrilling picture.

What is a sea anemone, and what do its tentacles do?

They might look a bit like plants, but actually they’re animals, close relatives of jellyfish and coral. Most anemones eat fish, plankton, and crabs, but some large anemones can even eat starfish and jellyfish (yes, their own relatives!).

There is a huge variety of anemones, all with unique and beautiful patterns and colors. Even though their sizes can be vastly different—ranging from 5 mm to over a meter—they are all made up of a column and tentacles, with both parts playing crucial roles.

The column firmly attaches the sea anemone to a surface, such as a rock. To avoid a predator, it can quickly detach itself, throw itself into a current, and stick itself onto a new location. The tentacles surround the anemone’s mouth and are covered with cells called nematocysts that sting and paralyze prey. They wave around, catching the food floating past, immobilizing it, and then pushing it into its mouth.

Some types of anemones can live to be over 65 years old. Understanding the mechanisms they use to keep themselves alive for so long as the environment around them changes gives further importance to this study. One advantage of food-dependent tentacle growth is already clear: the more they eat, the more tentacles they grow, allowing them to catch more food, eat more, grow more tentacles, and repeat the cycle.

Although sea anemones and their tentacle growth might seem unrelated to our lives, researching these mechanisms can provide us with knowledge that may have a long-lasting impact. Perhaps one day for us too, excess nutrients from food won’t become stores of fat, but will instead become new limbs.

This study was published in the journal Nature Communications.