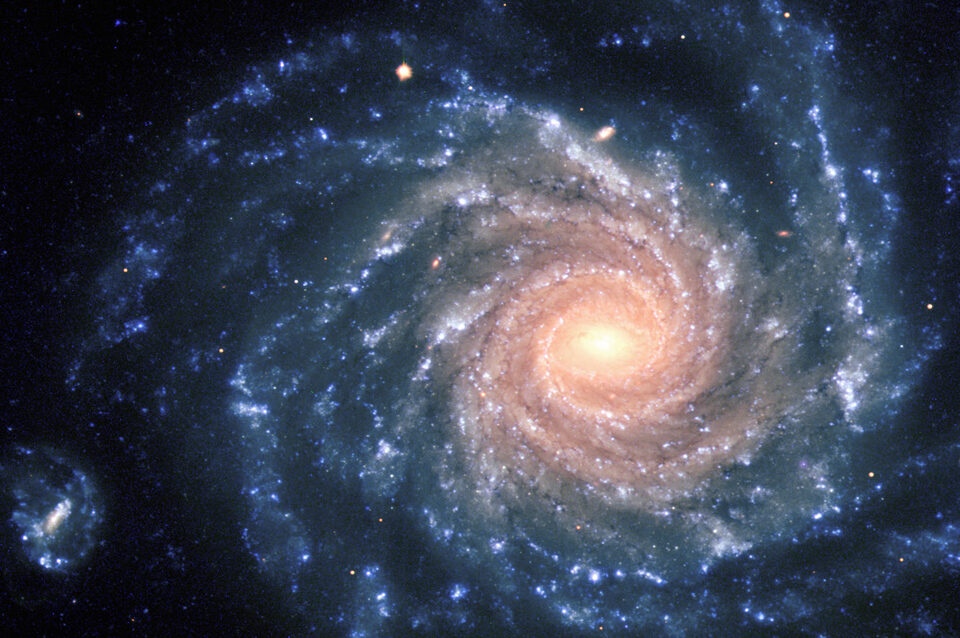 Do you want to help astronomers study supermassive black holes? The Spiral Graph Project invites users to trace the shape of a spiral galaxy’s arms.

How do black holes grow so gigantic? And why are supermassive black holes at the heart of so many galaxies?

These black holes start small, when a galaxy is still young and still regularly gobbling up groups of neighboring stars. As large stars die and collapse into black holes, those black holes consume stars and even other black holes, growing bigger and bigger as they go from small to intermediate to gigantic, like an enormous cosmic snowball.

Or that might not be how it happens at all. Instead, supermassive black holes might form from a runaway chain reaction of colliding stars, others suggest. There are even more ideas out there, too.

RELATED: BIZARRE OBJECT AT THE CENTER OF MILKY WAY GALAXY

The process remains poorly understood. And it’s tough to study because simply finding the weight of a supermassive black hole is time-intensive and hard to do from millions of light years away.

However, there may be a way to indirectly measure the size of supermassive black holes and gather more information on how they form. A spiral galaxy’s shape may give away clues to the size of its central black hole, as well as its overall mass of stars and dark matter content, though some astronomers are still debating the correlation.

As citizen scientists find interesting candidates, it creates a list of target galaxies that astronomers can study in more detail with their telescopes.

The project includes some 6,000 black and white images of galaxies typically taken by the Dark Energy Camera instrument in Chile or the Sloan Digital Sky Survey’s telescope in New Mexico. Once 15 people have classified a particular galaxy, the image is retired and considered complete.

Astronomers did already measure the tightness of these same galaxies’ spiral arms using an algorithm, however, the scientists also wanted to confirm the computer’s findings with the results from citizen scientists. In a study published earlier this month in the journal Monthly Notices of the Royal Astronomical Society the team found that Spiral Graph users are actually better at tracing galaxy shapes than algorithms are. The software struggles to know where spirals begin and end, something humans don’t have a problem with.

In some other large-scale cosmology research, citizen scientists have also proven to be more accurate than computers. And combining the results from humans and AI can boost confidence in the results.

And the effort doesn’t only look at the pitch of spiral arms, volunteers are also chronicling the structure of galaxies and whether they’re merging with another galaxy. So, even if the correlation between spiral arm shape and supermassive black hole size doesn’t pan out, they’ll still have advanced the understanding of galactic evolution in other ways.

This project is a SciStarter Affiliate. Create a SciStarter account then add your Zooniverse username to your SciStarter dashboard (“Info & Settings”) to earn credit for your participation moving forward!