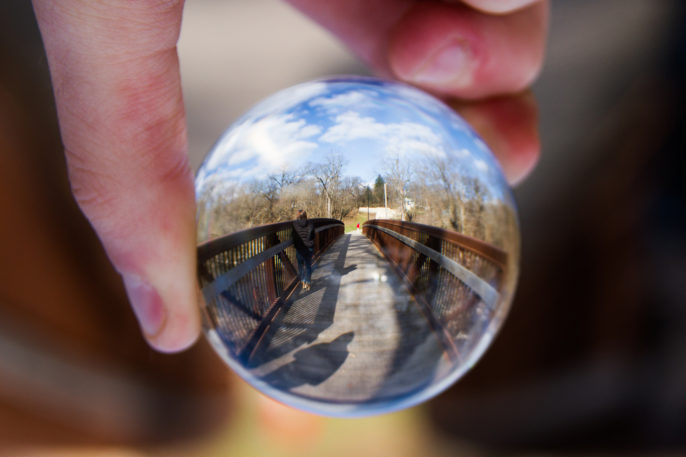 “The values of science and the values of democracy are concordant, in many cases indistinguishable.”

Many of our public policies depend on how voters and elected officials understand science, but public attitudes toward science, and understanding of scientific research, depend on how people feel about uncertainty.

To most of us, uncertainty means not knowing. To scientists, however, uncertainty expresses how well something is known. Therein lies the key difference, especially when trying to understand scientific method.

“Absence of evidence is not evidence of absence.”

In science there is not absolute certainty. To express absolute certainty would deny human fallibility and limit transparency. However, research does reduce uncertainty. In fact, many hypotheses have been tested so thoroughly that there is virtually no chance of them being wrong. In this way, a hypothesis can be advanced to a scientific theory. Check out this video to better understand the difference between a hypothesis and a theory. Uncertainties linger, however, so scientists make it their job to explain how well something is known.

According to the Union of Concerned Scientists, “When gaps in knowledge exist, scientists qualify the evidence to ensure others don’t form conclusions that go beyond what is known. Even though it may seem counterintuitive, scientists like to point out the level of uncertainty. Why? Because they want to be as transparent as possible, and it shows how well certain phenomena are understood.”

Uncertainty plays a key role in informing public policy. Acknowledging uncertainty is essential for making good, evidence-based decisions. Voters, elected officials, and other decision makers use scientific input all the time. But the science is only valuable when unknowns are taken into account.

People tend to view different branches of science as having different amounts of uncertainty, but these views do not necessarily reflect the actual uncertainty of the field. Nevertheless, public perceptions determine our policies, actions, how we allocate funding resources, and the overall growth of society and culture. It is therefore worth trying to understand public perceptions of uncertainty. It is also worth questioning how education, religion, and political affiliations impact scientific understanding.

“Our species needs, and deserves, a citizenry with minds wide awake and a basic understanding of how the world works.”

“Uncertainty is a natural part of scientific research, but, in the public domain, it can be used selectively to discredit undesirable results or postpone important policies. Understanding how the public perceives uncertainty is an important first step for understanding how to communicate uncertainty,” says Stephen B. Broomell, assistant professor of social and decision sciences in the Dietrich College of Humanities and Social Sciences.

To examine perceptions of scientific uncertainty, Broomell and Patrick Bodilly Kane developed a scale to measure how people judge different sciences. They were then able to create a map that plots scientific disciplines from least to most certain. “The map shows that perceptions held by the public may not reflect the reality of scientific study,” Broomell emphasizes. “For example, psychology is perceived as the least precise, while forensics is perceived as the most precise. However, forensics is plagued by many of the same uncertainties as psychology that involve predicting human behavior with limited evidence.”

The study results suggest a worrisome disconnect between scientific research and the general public. “This tells us that people are not connected to the practice of scientific exploration. When perceived accuracy isn’t the same as actual accuracy, this can lead to dangerous choices, as some essential fields like psychology, economics, and genetic engineering provide vital social services but may be cut off because of this disconnect,” Broomell says.

While political affiliations are not the only factor motivating how science is perceived, the researchers did find that sciences that potentially conflict with a person’s ideology are judged as being more uncertain. Broomell continues, “Our political atmosphere is changing. Alternative facts and contradicting narratives affect and heighten uncertainty. Nevertheless, we must continue scientific research. This means we must find a way to engage uncertainty in a way that speaks to the public’s concerns.”

The case for reliable scientific communication

The study of public perceptions of scientific uncertainty showed that general attitudes toward scientific fields do not necessarily impact perceptions of individual study results. This suggests that scientists do have an opportunity to inform the public through improved communication. Focusing on individual results may help allay misperceptions and concerns. Broomell and Kane therefore recommend that science communicators focus on sharing the results of a particular study, rather than engaging in the defense of scientific practice more broadly. Want to know more? Read this interview to learn what one scientist thinks about using social media to discuss science with the public.

This study was funded by Carnegie Mellon University’s Berkman Faculty Development Grant and was published in the Journal of Experimental Psychology.

All photography by Max Goldberg

Video: Start making some scientific observations in your kitchen!

Video: What is a scientific theory?!