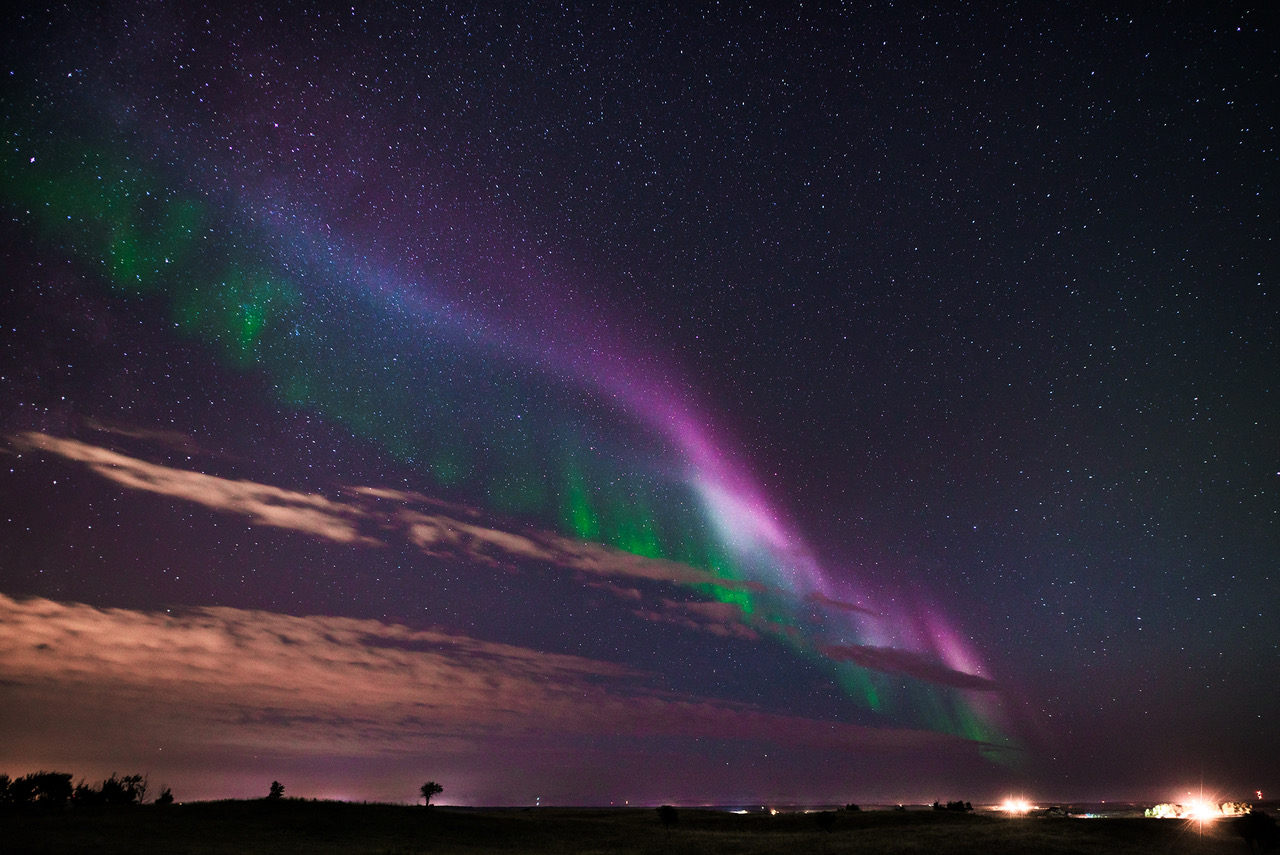 Literally chasing Steve, the Alberta Aurora Chasers are people across western Canada documenting a ribbon of purple and green light in the sky.

By Jess Fraser for the SciStarter Blog

When Leah Mallen and I headed to Alberta, Canada to film a documentary about aurora chasers who had discovered a new phenomenon in the night sky, we didn’t know what to expect. As Canadians, we knew that auroras were light displays caused by solar wind. We’d heard of the Northern Lights.

We imagined that the hobbyists documenting these lights in the night sky would be passionate photographers, but didn’t realize just how talented they were. We conjectured they would be similar to each other – aren’t all people who get up in the middle of the night in sub-freezing temperatures cut from the same cloth?

They weren’t. From a widowed mother of 5 children who home-schooled her kids, to a chemical engineer in the oil patch, to a grandmother who had retired from an IT career, to an immigrant from Cambodia who has spent more time in the wilds of western Canada than most locals will do in a lifetime – we learned that each Alberta Aurora Chaser brought something unique to their membership in a group that has taken the astronomy world by storm.

For years, the Alberta Aurora Chasers, an intrepid group of sky gazers scattered across western Canada, have been documenting a curious ribbon of purple and green light in the night skies when out photographing the Northern Lights. Extending for hundreds to thousands of kilometers and appearing for 20 minutes to an hour at a time, the Alberta Aurora Chasers photographed this celestial phenomenon believing it, at first, to be a proton arc.

Eric Donovan, a Professor of Astronomy at the University of Calgary, and Elizabeth MacDonald, the founder of citizen science project Aurorasaurus and a NASA scientist, told them they had possibly discovered something never studied before. In other words, the aurora chasers were capturing something expert scientists couldn’t scientifically identify. Thus, the aurora chasers officially became citizen scientists, and a new partnership between these researchers and photographers was born.

Defying scientific convention, the Alberta Aurora Chasers were invited to name their discovery and they affectionately called it “Steve.” This unconventional name stuck and struck a chord with people from around the world. Photos, geographical data, and time and date information from the Alberta Aurora Chasers continue to support scientists racing to further explore this mystery in the night sky.

Over the course of a year after the initial discovery in 2016, the Alberta Aurora Chasers became citizen science heroes, and their invitations to partner with hallowed academic institutions indicate a new way of working with “everyday” people in pursuit of scientific engagement. It is a model that is increasingly being adopted by academia in recognizing the legion of citizen scientists ready and willing to support scientific discovery and make a difference to all lives – particularly as we face immense changes to the planet.

Filmmakers look for humanity in their subject matter – for an emotional arc and shared experience that offers the audience the opportunity to see aspects of themselves in the greater story. As documentarians making “Chasing Steve,” Leah and I truly learned that it’s not only the beauty and wonder of the night sky that drive people to engage with it, but more importantly, people are also compelled by the opportunity to meaningfully to be part of something greater than their own experience and impact humanity as a whole. The experience left us truly inspired.

Now we’re ready to share our experience with you. The global premiere of our film, “Chasing Steve,” was during Citizen Science Month (April 2020). Find how to watch the film, a recorded Q&A with the filmmakers (us!) and an expert panel, and opportunities to get involved in aurora citizen science on Chasing Steve’s SciStarter page.

Jess Fraser is a creative who loves listening to ideas, hopes, visions and struggles and translating them into a form that moves people to think, feel, consider and act. From producing award winning feature-length narratives and documentaries to directing impact driven shorts, there is nothing she loves more than the transformative power of storytelling — particularly the moment of reflecting people’s stories back to them so they feel seen and stand in their truth.