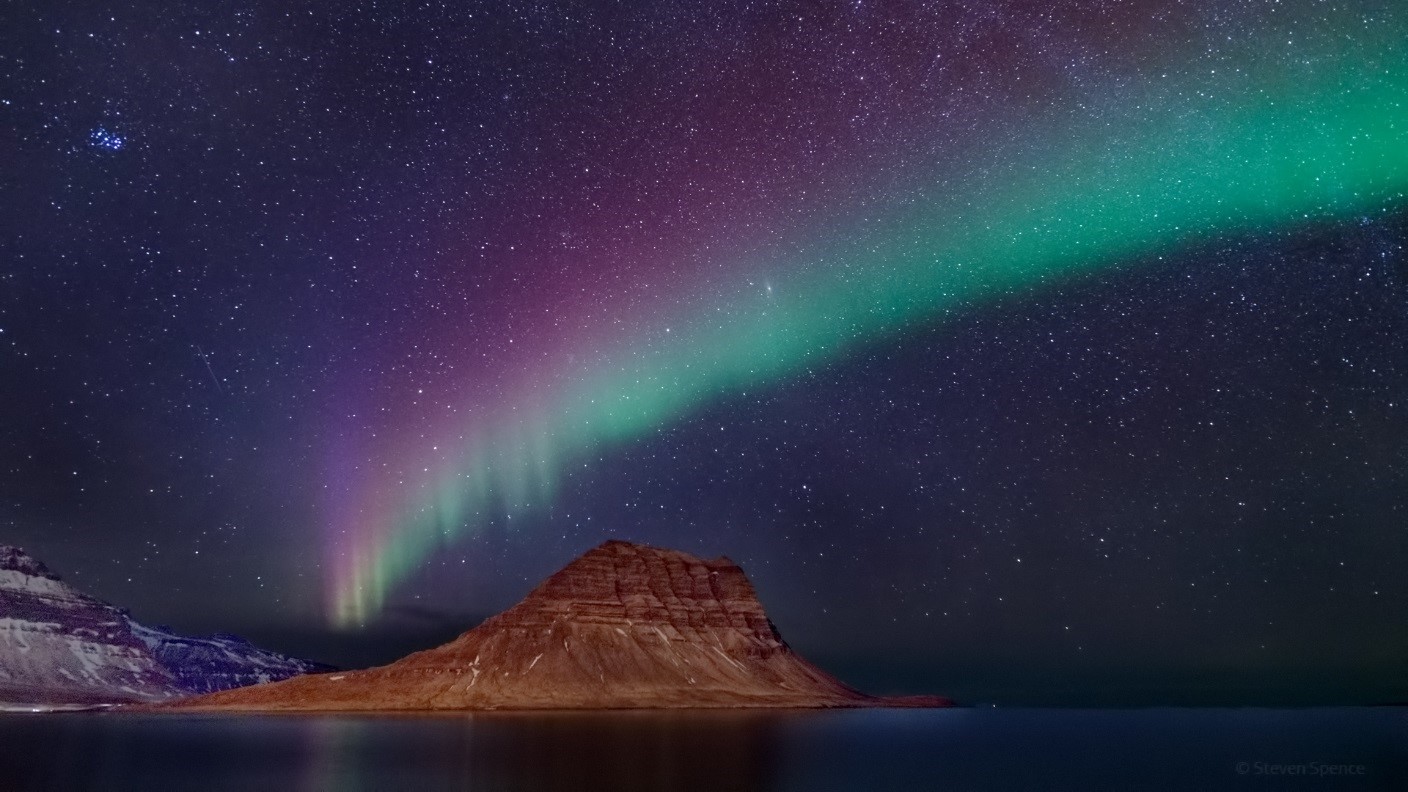 The northern lights (aurora borealis) and southern lights (aurora australis) are fascinating scientifically. In fact, aurora is not unique to the Earth. We have observed aurora in the upper atmosphere of Jupiter and Saturn with various spacecraft and ground-based telescopes.

The sun constantly emits streams of particles from its atmosphere out into the solar system. This emission is referred to as the solar wind. Sometimes there are solar storms or solar flares, resulting in heavier emissions than normal. If the Earth passes through one of these emissions, then the resulting auroras will be brighter than usual. If the sun is calm, then auroras may be dim or appear so far north or south that very few people see them.

The Earth has a magnetic field surrounding it because of the iron-nickel core at the center of our planet. Understanding this magnet field is essential to understanding the science behind the aurora borealis. The magnetic field exiting from the core is responsible for the magnetic north and south poles we use when we navigate with a compass. It also creates a magnetic force field around the Earth, which extends into space.

As charged particles (electrons are negative, protons are positive) in the solar wind encounter the Earth’s magnetic field, they travel along the field lines. On the sunward side, the field is compressed by the solar wind to be closer to the Earth; however, on the night side of the planet, the field stretches away from the planet like a tail. Eventually, the magnetic loops stretch so much that they break like an overstretched rubber band. A piece heads off into space away from Earth, while the other part snaps back toward Earth. The piece snapping back toward Earth accelerates the particles it captured into Earth’s upper atmosphere.

When these particles hit molecules in Earth’s atmosphere, they trigger light displays depending on the altitude and energy of the collision. Most of the molecules in Earth’s atmosphere are either nitrogen or oxygen, so they are hit most frequently. Colors produced may be pink, red, yellow, green, blue, or violet. Occasionally, orange or white are produced. Typically, nitrogen will produce red, violet, or blue. Oxygen usually produces green or yellow. Reds generally are emitted above 240 km, greens at 100–240 km, purple and violet above 100 km, and blues at 80–100km. [1]

The movement of charged particles in Earth’s magnetic field produces powerful electric currents. In 1859, an aurora and the associated electrical storm were so powerful that people read newspapers at night by its light. Telegraph operations were disrupted as the current produced by the charged particles overwhelmed the normal currents used in the lines to transmit the signals. One pair of telegraph operators in Boston and Portland [2] turned off their power and used the current created by the electrical storm to keep their transmissions going.

Apps providing forecasts of probable auroras rely on scientific measurement and calculation of changes in the strength of Earth’s magnetic field. Single measurements are tracked as a K-index. An aggregation of the measurement stations is used to produce a Planetary K-index (Kp). [3] The higher the Kp value, the more likely an aurora will appear and the further south (or north in the southern hemisphere) it may display.

If this brief introduction to the northern lights has piqued your interest, you may want to learn more on the internet. A great starting point is NASA Aurora News, with information on auroras, spacecraft, and investigations. You can also read our previous articles on the aurora borealis, and my last article in this series.

More about the science behind the aurora borealis

Do you want to learn more about aurorae? Check out this roundup of articles all about the amazing Aurora Borealis, or Northern Lights. Find out what causes them, where to see them, and how photographers capture them. Additionally, here are a few more articles that will help.

ALL ABOUT THE AURORA

CHASING STEVE: A MYSTERY IN THE NIGHT SKY