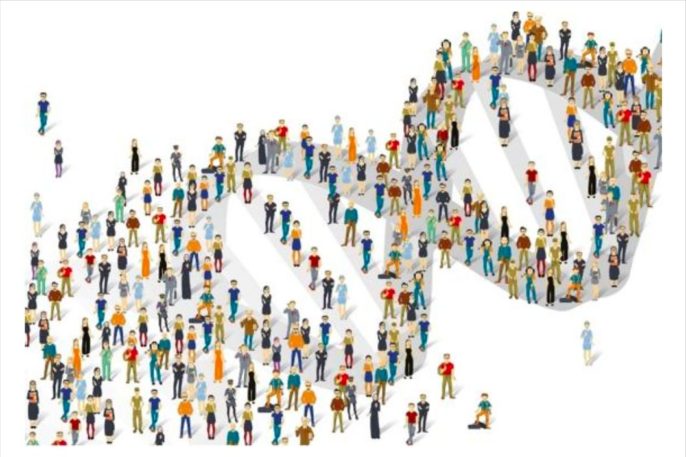 A research team at Columbia University has conducted a large-scale study of ongoing human evolution. Genetic data reveals how humans are evolving.

When I was about nine years old, a young schoolmate demanded to know, “If evolution is real, then why isn’t it happening now?” Being nine and not a biologist, I wasn’t prepared to answer this question. And yet, it was a question that I’ve heard echoes of in the years to follow. Now, a research team at Columbia University has conducted a large-scale study of genetic data and revealed how humans are evolving.

In a study analyzing the genomes of 210,000 people in the United States and Britain, researchers found that the genetic variants linked to Alzheimer’s disease and heavy smoking are less frequent in people with longer lifespans, suggesting that natural selection may be weeding out these unfavorable variants in both populations.

The researchers also found that sets of genetic mutations that predispose people to heart disease, high cholesterol, obesity, and asthma also appear less often in people who live longer and whose genes, therefore have a better chance of being passed down and spread through the population.

New favorable traits evolve when genetic mutations arise that offer a survival edge. As the survivors of each generation pass on those beneficial mutations, the mutations and their adaptive traits become more common in the general population. Though it may take millions of years for complex traits to evolve—say, a trait that allows humans to walk on two legs—evolution itself happens with each generation as adaptive mutations become more frequent in the population.

Genomic revolution has allowed biologists to see the natural selection process in action by making the genetic blueprint of hundreds of thousands of people available for comparison. By tracking the relative rise and fall of specific mutations across generations of people, researchers can infer which traits are spreading or dwindling.

The researchers analyzed the genomes of 60,000 people of European ancestry, genotyped by Kaiser Permanente in California, and 150,000 people in Britain, genotyped through the U.K. Biobank.

Two population-level mutation shifts stood out. In women over the age of 70, researchers saw a drop in the frequency of the gene linked to Alzheimer’s, consistent with earlier research showing that women with one or two copies of the gene tend to die well before those without it. Researchers saw a similar drop, starting in middle age, in the frequency of a mutation in the gene associated with heavy smoking in men.

The researchers were surprised to find just two common mutations across the entire human genome that heavily influence survival. The high power of their analysis should have detected other variants had they existed, they said. This suggests that selection has purged similar variants from the population, even those that act later in life.

Most traits are determined by dozens to hundreds of mutations, and even in a large sample like this one, their effect on survival can be hard to see, researchers say. To get around this, they examined sets of mutations associated with 42 common traits, from height to BMI, or body mass index, and for each individual in the study, the researchers determined what value of the trait they would predict based on their genetics, and whether it influenced survival.

The researchers were able to examine some of the ways in which human genetics and our environment interact with each other. “The environment is constantly changing,” says Hakhamenesh Mostafavi, a graduate student at Columbia University. “A trait associated with a longer lifespan in one population today may no longer be helpful several generations from now or even in other modern day populations.”

The complete results of this study into ongoing human evolution are published in the September 5, 2017, issue of the journal PLOS Biology.

Featured image: New research finds that the genetic variants linked to Alzheimer’s disease and heavy smoking are less frequent in people with longer lifespans, suggesting that natural selection is weeding out these variants. (National Institutes of Health)