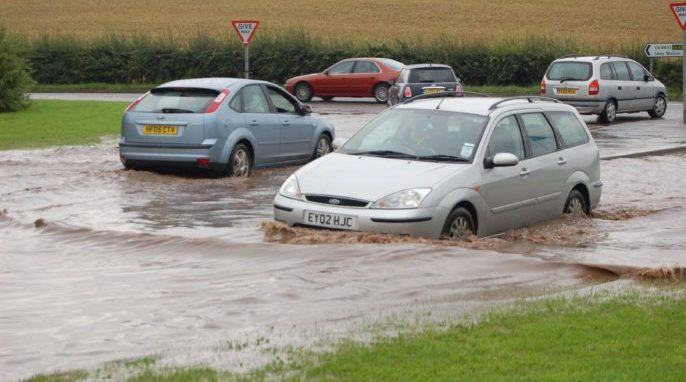 Nuisance flooding and floods of all sizes are becoming more frequent, thanks to rising sea levels, and can turn out to be more costly in the long term.

Climate change affects us in many ways, particularly those of us living near the coasts, who have to bear the brunt of rising sea levels. We usually focus on preparing for that rare superstorm that everyone is talking out. But researchers find that the seemingly harmless episodes of nuisance flooding that we often overlook are becoming more frequent, thanks to rising sea levels, and can turn out to be more costly in the long term.

“These diffuse floods happen multiple times a month or year,” says Amir AghaKouchak from the University of California, Irvine, coauthor of the study. “They don’t kill anyone, they don’t damage buildings, but over time, they have extremely high-cost outcomes, and it happens without us realizing it.”

With the way sea levels have risen over the past decades, a heavy downpour or storm surge is not always needed for flooding to occur. High tides during a full moon are enough to cause nuisance flooding in some cases. When there’s flooding without any rain, scientists call this “clear sky flooding” or “sunny day flooding.” “There’s no rain, but if you have a higher-than-usual tide, you get flooding in these coastal areas,” says AghaKouchak.

Over half the population of the United States live near a coast, and the costs of frequent nuisance flooding can add up. The researchers estimate that out of the 38 percent of National Flood Insurance Program claims from 1978 to 2004 for repetitive loss properties, (those that have had two or more losses of at least $1,000 within 10 years), half of them were attributed to nuisance flooding—defined as floods with a water depth of less than 0.11 meters.

Immediate costs of nuisance flooding involve pumping water out of the streets. Other costs are not as apparent: roads and building structures are slowly degraded, and damage to sewage systems and the resultant backups can threaten public health. Because of limited funds, lawmakers often defer building flood-defense structures, such as seawalls, and making improvements on existing structures. This lack of action may turn out to be costly later. On the other hand, early spending of funds on major infrastructure projects that are not yet needed results in a waste of scarce resources, eroding public trust.

So, at what point should policy makers invest in protective infrastructure measures? This is where scientists can provide tools to help policy makers, who should consider whether the cost of nuisance flooding will become high enough to justify major infrastructural investments. By analyzing the average hourly water levels compiled at tide gauges over the past 60 years, along with the property values of unprotected coastal property for 11 cities and counties in the United States, the researchers estimated the cost of nuisance flooding.

Three cities on the East Coast—Washington, DC; Miami; and New York—and two on the West Coast—San Francisco and Seattle—emerged with positive CHI values, indicating that the cost of cumulative exposures to nuisance flooding is greater than the cost of extreme events. In these cities, policy makers should consider the socioeconomic effects of such flooding.

The team also proposed an analysis tool called Cumulative Hazard Policy Challenges (CHPC), which can be used by policy makers to assess the probability that an increase in low-cost incidents will impose high social and economic costs. This will allow them to identify when and where to take transformative policy actions, such as assessing how a system will respond to the building of levees and seawalls.

Next, the researchers aim to incorporate the socioeconomic impacts with the Cumulative Hazard Index to give a more accurate prediction of the total costs of flooding. In addition, they plan to develop a cumulative hazard assessment system for risks such as river flooding, drought, and other environmental hazards.