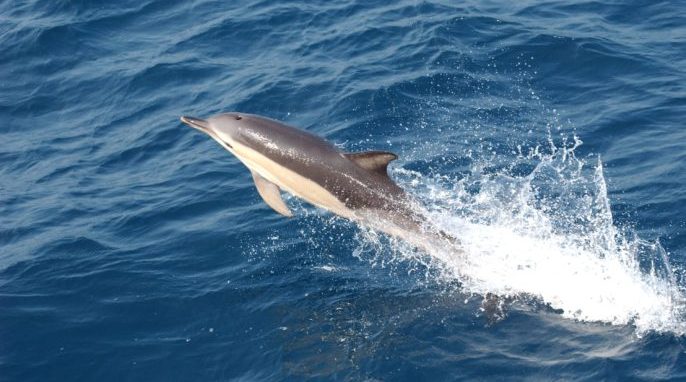 Studying the dolphin genome is revealing information that could benefit human health. Scientists are building a database full of dolphin genetic data.

Humans have long been enamored with dolphins. There is something irresistible about dolphins’ playfulness and agility in the water. We portray them in television and film as heroes saving humans from danger through remarkable feats of strength and tenacity. Some people have reported that dolphins saved them from drowning or shark attacks. Now, dolphins may save humans, thanks to a database full of genetic data.

“Dolphins and humans are very, very similar creatures,” says Ben Neely from the National Institute of Standards and Technology (NIST). “As mammals, we share a number of proteins, and our bodies function in many similar ways, even though we are terrestrial and dolphins live in the water all their lives.” But what does dolphin genome mapping mean for human health and medicine?

Neely and his colleagues have built a detailed, searchable index of all the proteins found in the bottlenose dolphin genome. A genome is the complete set of genetic material present in an organism. The researchers say that this project is built on years of marine mammal research. They hope that the results of this work will aid wildlife biologists, veterinary professionals, and biomedical researchers.

“It’s amazing to think that we are at a point where cutting-edge research on marine mammals can directly advance human biomedical discoveries,” Neely says.

Though the bottlenose dolphin (Tursiops truncatus) genome was first mapped back in 2008, improved technology has made it possible to build a new, more complete map of all of the proteins produced by dolphin DNA.

“Once you can identify all of the proteins and know the amounts as expressed by the genome, you can figure out what’s going on in the bottlenose dolphin’s biological systems in this really detailed manner,” Neely explains.

This dolphin genome study is part of an emerging field called proteomics. In the case of dolphins, proteomic work has a wide variety of potential applications. The researchers hope that zoos and aquariums will use it to improve the care of bottlenose dolphins. They also predict that other people could use it to better assess wild dolphin populations and study the impacts of environmental contaminants on the global oceanic food web.

But mapping the dolphin genome is already helping humans to better understand how our own bodies work. Researchers are comparing the proteins of humans and other mammals. It is possible that those findings could eventually be used to develop new, more precise treatment methods for human medical problems.

How marine mammals are able to shut off the blood flow to many of their organs as they descend has long puzzled biologists. If blood stops flowing to our own human organs for even a few seconds, we can suffer a stroke, kidney failure, or even death. So how do dolphins survive what to us would cause irreparable trauma?

The answer may lie in lesser-known proteins in the blood of marine mammals. Those proteins may protect bottlenose dolphins’ kidneys and hearts from damage when blood flow and oxygen flow start and stop. One of these proteins is called vanin-1. Humans produce vanin-1 but in much smaller amounts.

“There’s this gap in the knowledge about genes and the proteins they make. We are missing a huge piece of the puzzle in how these animals do what they do,” says Mike Janech from the Medical University of South Carolina. “Genes carry the information of life, but proteins execute the functions.”

Researchers now want to know if elevating levels of vanin-1 may offer protection to human kidneys. Time will tell where this new research leads.