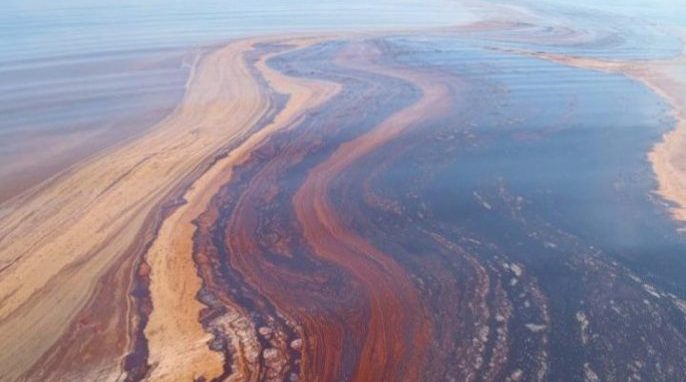 Bacteria have played a large role in cleaning up the Gulf Coast after the 2010 Deepwater Horizon oil rig explosion, but it is just now becoming clear how helpful these microbes have been. Microbiologists sequenced DNA from native Gulf bacteria and discovered genetic properties that make some of these microbes so well suited to the job of cleaning up oil.

The Smallest (and Largest) Clean-Up Crew

Scientists noted the proliferation of native bacteria just weeks after the rig explosion began to leak 4.1 million barrels of oil into the Gulf of Mexico. The bacteria appeared to consume both the oil and some of the dispersants used to help break up the spill.

A research team from the University of Texas at Austin, led by Brett Baker, assistant professor in the Department of Marine Science, and Nina Dombrowski, a postdoctoral researcher in Baker’s lab, set out to discover why bacteria were able to proliferate in such conditions. They collected live samples from the site of the spill and sequenced the genetic material from numerous bacteria in order to study bacteria’s genetic potential for cleaning an oil spill.

The bacteria that Baker and his team studied are typically not abundant until they are exposed to oil, at which point the populations tend to grow. This indicates that the bacteria are consuming the oil. The research team wanted to decode which parts of the oil were being consumed and how. Oil is a complex material, consisting of hundreds of chemical compounds, but the scientists focused their efforts on two compound groups that the bacteria may be responding to.

“Oil is extremely complicated, but it has two major compounds: alkanes, which are relatively easy for bacteria to break down, and aromatic hydrocarbons, which are much trickier to get rid of,” says Dombrowski.

Alcanivorax, for example, is a type of bacteria that scientists already recognize as an oil eater: It is known for consuming alkanes. But the group found genetic evidence that the microbe was capable of breaking down the PAHs the spill had left behind. The team was also able to add new types of bacteria, such as Neptuniibacter, to the list of oil eaters.

A key point to take away from this study’s findings is that a flourishing bacteria community is capable of greatness. Not only did the genetic sequencing uncover how individual bacteria respond to oil, but it also suggested that the combined efforts of a large bacterial community could have an enormously positive impact on a spill area.

There may be hundreds of complex compounds found in an oil spill, but there are also hundreds of hungry microbes in the water ready to feast on alkanes and PAHs. And it seems that’s not all they’re hungry for: Some of the bacteria seem to feed on the dispersants used to clear away the oil spill.

Dombrowski notes, however, that not all dispersants are microbe friendly. As we gain a better idea of the genetic composition of these bacteria and how bacteria communities cooperate, we can develop bacteria-friendly dispersants that help humans and bacteria work together harmoniously. “We need to make sure our response to a spill doesn’t interfere with this natural response,” she explains.

Of course, it should be noted that we cannot rely on bacteria to clean up our water for us—we shouldn’t be spilling oil in the first place. But when these tragic events do occur, we can count on our bacterial brethren to help us out.

The study, “Reconstructing Metabolic Pathways of Hydrocarbon-Degrading Bacteria from the Deepwater Horizon Oil Spill,” was published in Nature on May 9, 2016.