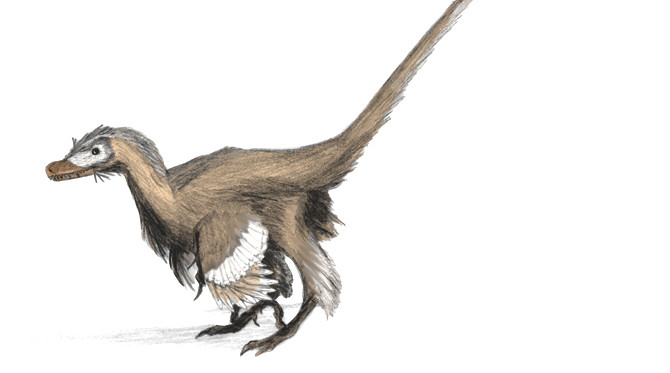 Raptor dinosaurs large curved talons on the  second toes of their feet. A similar feature is seen on some modern raptors such as eagles and hawks. Why?

Raptor dinosaurs, formally known as dromaeosaurids, had very large curved talons on the  second toes of their feet. A similar feature is seen on some modern raptors (eagles and hawks), and some scientists believe this is an example of a similar functional evolution.

Instead of using the “killing claw” as a slashing weapon, as suggested in movies, scientists propose that it was used in “Raptor Prey Restraint” (RPR) mode. The mode is utilized for large prey similar in size to the predator. Smaller prey are crushed and killed quickly, but an eagle or a hawk uses the claw to latch on to the larger prey. Since the raptor can’t immediately kill large prey, the claw helps it hold on while it eats its meal, which is often still alive and struggling.

Interestingly, feathers and wing flapping while in RPR mode stabilize the position of the predator. Using its weight to pin down the prey, the predator simply needs to ensure it stays on top. Therefore, a Velociraptor and other raptor dinosaurs, although flightless, would have benefitted from having feathered wings in RPR mode. This is an intriguing possibility which could show a path from flightless hunter­-stalker to descendants with an impressive mastery of powered flight.

Since the discovery of Archaeopteryx, theropods have been recognized as having a wishbone (a fundamental feature for all birds) as well a lightweight frame with hollow bones. To learn more about the research and discussion surrounding the evolution of birds, read Piecing Together the Archaeopteryx Puzzle.