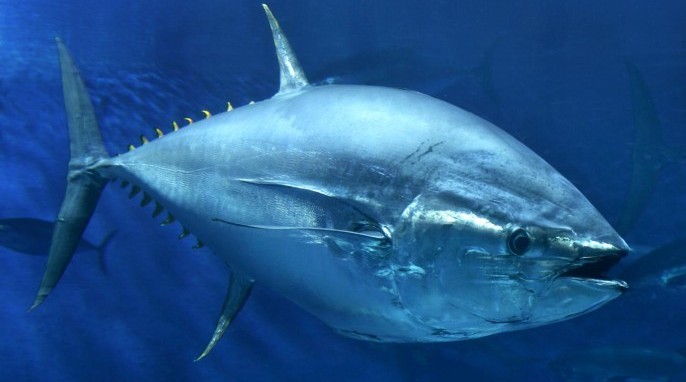 The heart of a bluefin tuna keeps pumping during extreme temperature changes that would stop a human heart, according to a joint team of scientists from the University of Manchester and Stanford University.

Pacific bluefin tuna are top predators renowned for their epic migrations across the Pacific Ocean. They are also unique amongst bony fish as they are warm bodied (endothermic) and can raise their core body temperature to 20°C above that of the surrounding water. They can also dive down into much colder water 1000 meters or more below the surface.

Holly Shiels at the University of Manchester’s Faculty of Life Sciences says: “When tunas dive down to cold depths their body temperature stays warm but their heart temperature can fall by 15°C within minutes. The heart is chilled because it receives blood directly from the gills which mirrors water temperature. This clearly imposes stress upon the heart but it keeps beating, despite the temperature change. In most other animals the heart would stop.”

Human beings are also endothermic, but the bluefin tuna’s heart can adjust to far greater temperature changes than our hearts are capable of. “Our hearts would stop beating and we would die,” Shiels says.

How Do the Bluefin Tuna Do It?

“Tunas are at a unique place in bony fish evolution” says Barbara Block at Stanford University. She explains that tuna fish have hearts that run at ambient temperatures, as do all other fish, but the way their hearts work in colder water is the key to their wider global range.

The research team used electronic tags to monitor bluefin tuna in the wild. “These fish are born in the waters off Japan and will swim across the ocean in their first year of life to California. Here we tag the tunas and follow their migrations for years. The data reveals the tuna are very broad ranging in their thermal tolerances and the team from Manchester and Stanford University have worked together for nearly two decades to reveal how the heart of this unique fish is specialized for meeting these temperature changes.”

Block says that the discovery may explain some strange behavior they’d monitored in the tagged bluefin tuna. “We were recording the fish swimming down into colder depths only to resurface quickly into the warmer surface waters, a so called “bounce” dive. From work at sea and in the lab we now know the fish hearts slow as they cool and as they resurfaced it sped up. Our findings suggest adrenalin, activated by the stress of diving, plays a key role in maintaining the heart’s capacity to supply the body with oxygen.”

The results of this study have been published in Proceedings of the Royal Society B.