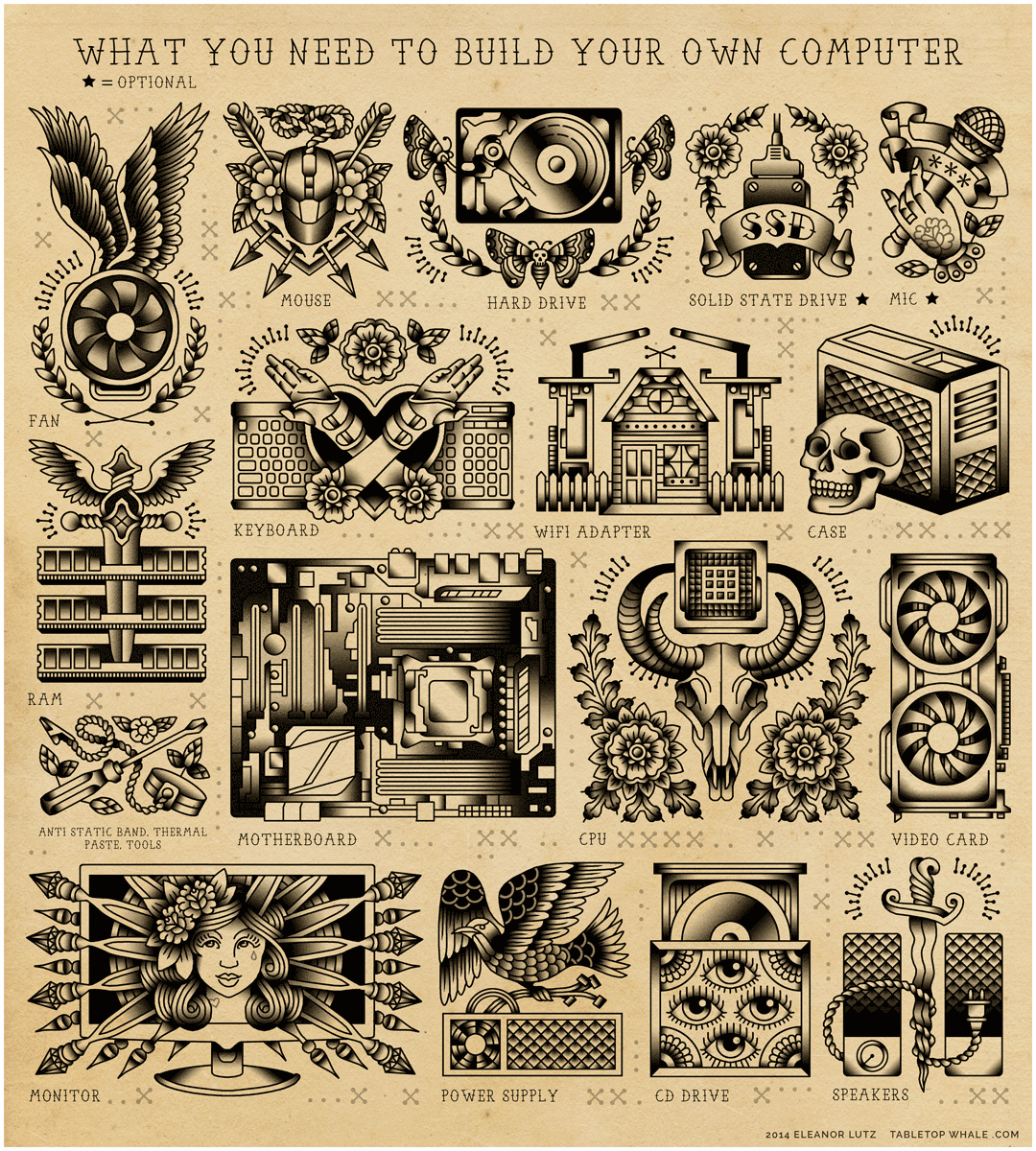 This creative infographic illustrates the basic components you need to build a computer. It is the work of Eleanor Lutz.

This infographic depicting the components you need to build a computer is the work of the fabulous Eleanor Lutz. Lutz is a Seattle-based designer with a degree in molecular biology. She illustrates science concepts using Photoshop and other tools. Her work has been featured in a variety of publications, including Popular Science. Her latest work is intended to be an illustrated list of components needed to build a computer, rather than a set of instructions. It’s especially helpful for the visual learners among us.

RELATED: HOW MUSCLES WORK, AN INFOGRAPHIC

The designer was inspired to create her latest infographic after building her own new computer. “This month I… replaced my 5-year old Mac with a custom PC, so I decided to make something with a computer theme. There’s already tons of tutorials on the internet about building computers, so this poster’s more of an illustrated list than an actual set of instructions,” Lutz explains on her blog, Tabletop Whale. “It was really fun putting the computer together, and my new PC is awesome. I have dual monitors now, and I can finally run all of my design programs at the same time at max speed.”

RELATED: HOW TO MAKE ANIMATED INFOGRAPHICS

Previously, we featured her animated illustration of how three different creatures breath. Many thanks to Lutz for making her awesome infographics available! You can find more of them on Lutz’s original science illustration blog, Tabletop Whale.