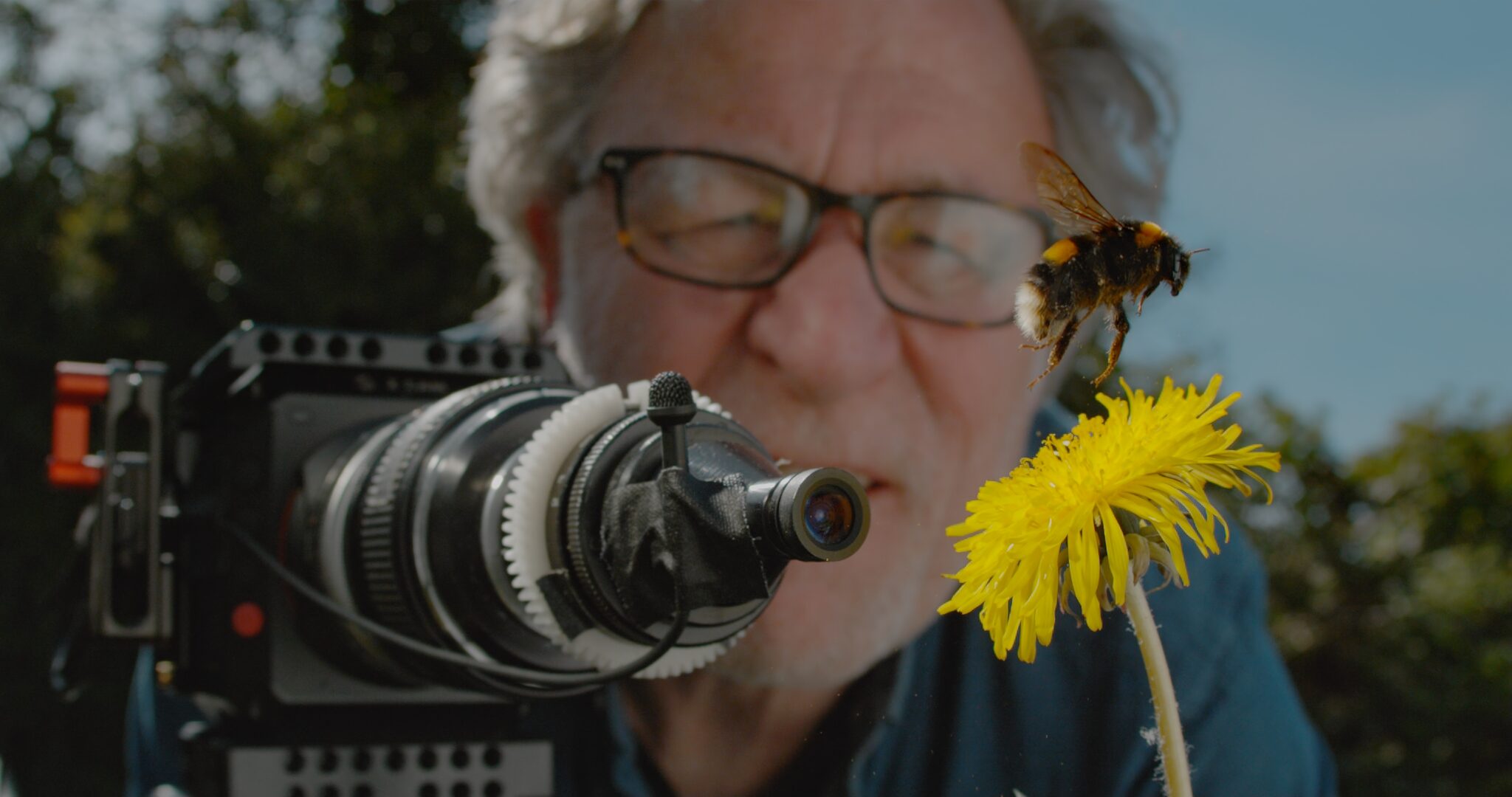 During the pandemic, acclaimed wildlife filmmaker Martin Dohrn got to know the local pollinators in his garden. Find out what happened.

When the global pandemic hit, acclaimed wildlife filmmaker Martin Dohrn, locked down in his small city garden in Bristol, England, decided to turn the cameras on the wildlife in his backyard. He was particularly fascinated with the bees visiting his garden. Putting his unparalleled skills and cameras to use, he filmed more than 60 different species, from giant bumblebees to scissor bees the size of mosquitos.

But more importantly, he got to know these bees as individuals, documenting their trials and tribulations, their tragedies and their successes. The result, My Garden of a Thousand Bees, is a film that will change the way you look at bees and demand a new appreciation for these spectacular pollinators.

“As I spent more and more time in the garden, many bees became more used to me and generally easier to film. If I hadn’t spent literally every sunny day in the garden, I think I would have seen far less behavior. It got to the point where bees would land on the camera, or where I could film very close to their nest holes as they just ignored me.”

Wildlife Filmmaker Martin Dohrn, Behind the Camera: Q&A with “My Garden of a Thousand Bees

To deepen learning around the film, HHMI Tangled Bank Studios and PBS Nature developed and launched the #PlantWildflowers national campaign, with twin goals of highlighting the important role native bees and other local pollinators play, and encouraging audiences to create local pollinator habitats in their communities. Pollinators like native bees play a crucial role in healthy ecosystems, but face many challenges, from pesticide use to declines in their habitat and food supplies.

The good news is that it doesn’t take much to help them out. Planting native wildflowers is something everyone can do, whether it’s on a windowsill in a city, in a community garden or on a rural farm. Planting even one square foot of wildflowers — your one square foot — can make a difference and provide much needed habitat for bees and other pollinators.

So how can you get involved? This summer, the #PlantWildflowers campaign is working with leading science education and conservation organizations, PBS stations and libraries across the country to host planting events, BioBlitz activities, film screenings and more. You can get involved from wherever you are.

And there’s much more, including formal and informal education materials and activities guides from the World Wildlife Fund (WWF), and simple instructions for running your own local BioBlitz on iNaturalist.

Below is a short preview of the My Garden of a Thousand Bees documentary from Nature/PBS.

Do More for Your Local Pollinators

Use the links below to learn even more about how you can better understand and help protect your local pollinators!

Pollination: Meet the Pollinators – Meet the pollinators! These are the birds, bees, and more that handle pollination so that we can enjoy the fruits of their labors.

Make Your Garden a Powerhouse for Pollinators – Home gardens are by far the biggest source of food for pollinating insects, including bees and wasps, in cities and towns.

Urban Gardens a Haven for Pollinators – Insect-friendly urban gardens show great promise to be havens for bees and other pollinators, securing their future and allowing them to thrive.

Jared Lipworth is HHMI Tangled Bank Studios’ Emmy award-winning Executive Producer and Head of Outreach and Impact. As executive producer, Jared oversees development and editorial on select films and series for HHMI Tangled Bank Studios, focusing on the power of storytelling to inspire interest in science. As Head of Outreach and Impact, Jared develops and executes national, long-term outreach initiatives, building strategic collaborations with mission-aligned partners to maximize the reach and impact of the studio’s projects.