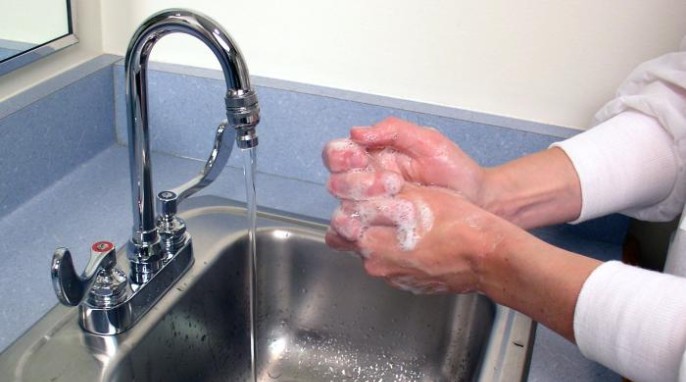 Hand-washing in hospitals is known to reduce patient infections, but a study has found that healthcare workers wash their hands less frequently when tired.

The research team, led by Hengchen Dai at the University of Pennsylvania, examined three years of hand-washing data from 4,157 caregivers in 35 U.S. hospitals. The team found that “hand-washing compliance rates” dropped by an average of 8.7 percent during a typical 12-hour work shift. The decline in hand-washing appeared to be magnified by increased stress on the job.

Research has also show that hand-washing is an important defense against the spread of Covid-19.

“Demanding jobs have the potential to energize employees, but the pressure may make them focus more on maintaining performance on their primary tasks (e.g., patient assessment, medication distribution), particularly when they are fatigued,” Dai said. “For hospital caregivers, hand-washing may be viewed as a lower-priority task and thus it appears compliance with hand hygiene guidelines suffers as the workday progresses.”

The study claims: “Just as the repeated exercise of muscles leads to physical fatigue, repeated use of executive resources (cognitive resources that allow people to control their behaviors, desires and emotions) produces a decline in an individual’s self-regulatory capacity.” So, what is the solution?  How can we ensure that healthcare workers wash their hands as often as needed? More time off between shifts appears to help, and workers were found to have followed hand-washing protocol more carefully after taking longer breaks away from work to rest.

How often do healthcare workers wash their hands?

Data examined by Dai and her team highlight the potential impact of such a measure. In a previous study of Swiss hospitals, researchers found that just a one percent increase in hand-washing compliance reduced the number of infections by 3.9 per 1,000 patients. Another study, in 2009, estimated that the cost per patient with a healthcare-acquired infection to be $20,549. Using these findings, Dai and her colleagues estimate that by simply ensuring sufficient breaks for hospital workers, hospitals in the United States could prevent 600,000 infections and save approximately $12.5 billion annually.

“We believe ours is the first study investigating whether accumulated work demands can affect rule compliance over the course of a single workday, as opposed to over weeks, months or years,” said Katherine L. Milkman, PhD, a member of the research team. “We think this line of research could be applied to other types of workplace compliance, such as ethics standards in banking, safe driving behaviors in trucking and safety standards in manufacturing.”

The researchers used radio frequency identification (RFID) technology to monitor whether healthcare workers wash their hands as recommended – i.e., within a specified number of seconds of entering and leaving a patient’s room. Communication units attached to hand soap and sanitizer dispensers read the workers’ RFID badges.

Sixty-five percent of the caregivers in the sample were nurses. The remainder were patient care technicians (12 percent), therapists (7 percent), physicians (4 percent) and a handful of other types of hospital employees. The findings have been published in the Journal of Applied Psychology.