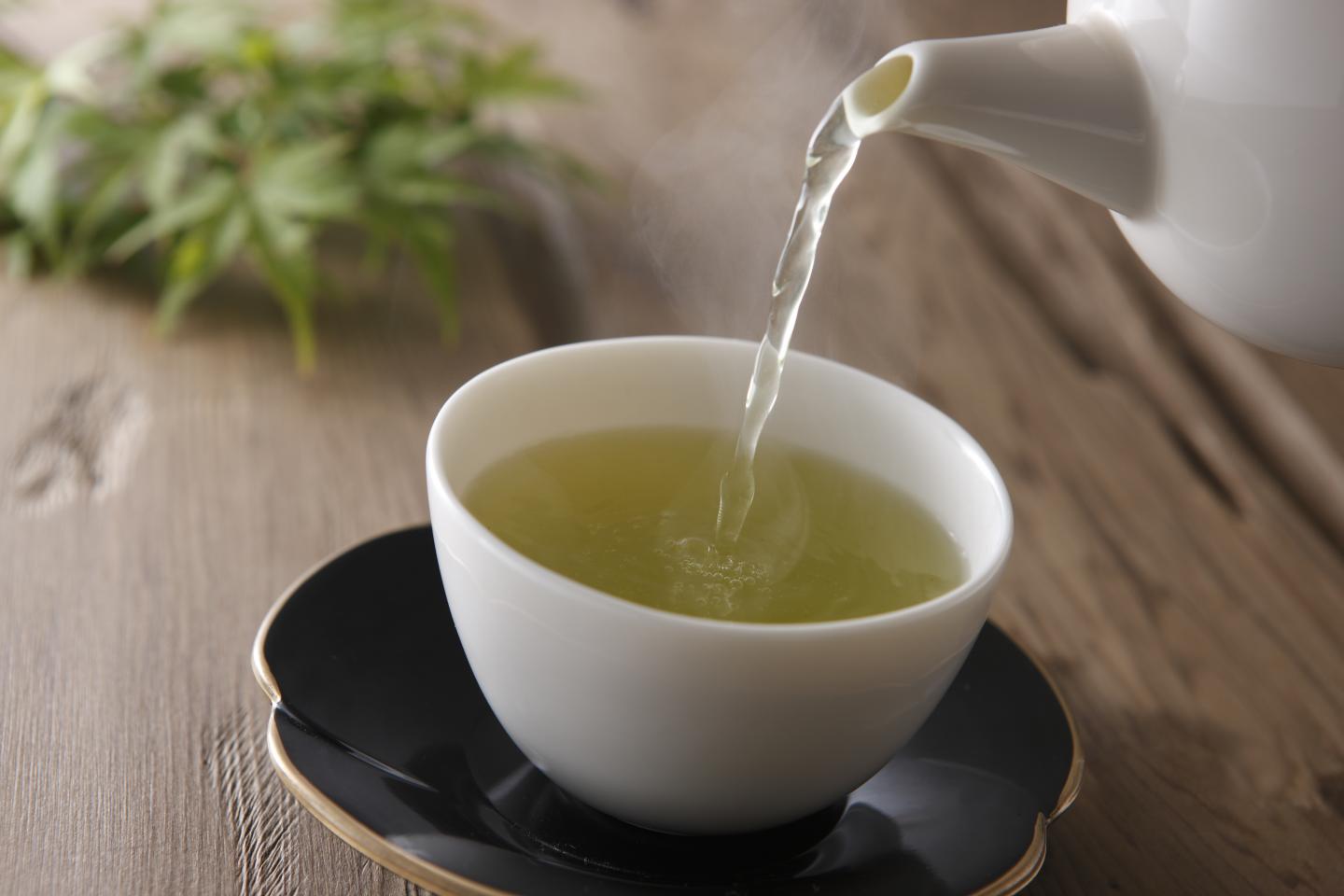 Green tea has many health benefits, but how does it work? New research reveals one mechanism behind green tea’s anti-cancer properties.

Green tea—one of the most popular drinks worldwide—has many health benefits, and its potential anti-cancer activity has received increasing research attention. Green tea has been reported to prevent or inhibit various types of cancer, such as lung cancer, breast cancer, and colon cancer. But how does green tea achieve this?

Green tea contains a major active antioxidant called epigallocatechin gallate (EGCG), which contributes to its many health benefits, including its potential anti-cancer activity. Research has suggested that EGCG regulates cell signaling processes by interacting with various molecules via mechanisms such as inhibiting cell growth, stopping cell movement, and inducing cell death. Jing Zhao and colleagues focused on the effects of EGCG on an anti-cancer protein called p53.

P53, also known as the “guardian of the genome,” is a crucial protein that protects against various types of cancer. When cells suffer from minor DNA damage, p53 pauses the cell growth and repairs the DNA to protect the individual cell; when the DNA damage is severe, p53 destroys the cell to protect the cell population. After p53 is produced, another protein called murine double minute 2 (MDM2) quickly binds to one end of p53. This interaction breaks down p53 regularly, so the amount of p53 in healthy cells is usually low.

The Cancerous Relationship Between Tumors and Grief

A previous study suggested that EGCG disrupts the MDM2–p53 interaction in human lung cancer cells, thus stopping the breakdown of p53. However, the underlying mechanism remained unclear. Zhao and colleagues conducted a series of experiments to study how it works.

The researchers found that EGCG disrupts the MDM2–p53 interaction by binding directly to the same site on p53 where MDM2 binds. After EGCG and p53 bind, MDM2 cannot bind to p53 to break it down. Therefore, EGCG helps p53 to escape from being broken down by MDM2, and this stabilizes p53 levels and allows more of it to continue its anti-cancer activities.

This study provides a possible explanation for how the green tea antioxidant EGCG helps to fight cancer by protecting the anti-cancer protein p53. While previous anti-cancer drug studies have targeted the binding site on MDM2 to disrupt the MDM2–p53 interaction, this study paves the way to developing new drugs with EGCG-like compounds to target MDM2’s binding site on p53.

This study was published in the journal Nature Communications and funded by the United States National Institutes of Health (NIH).

Featured photo: A compound found in green tea stabilizes an anti-cancer protein known as the “guardian of the genome.” Photo courtesy of the Rensselaer Polytechnic Institute

Li Tong Low is a research assistant working on neuroscience and psychology projects. She is engaged in research translation and enjoys writing about scientific discoveries for the public.