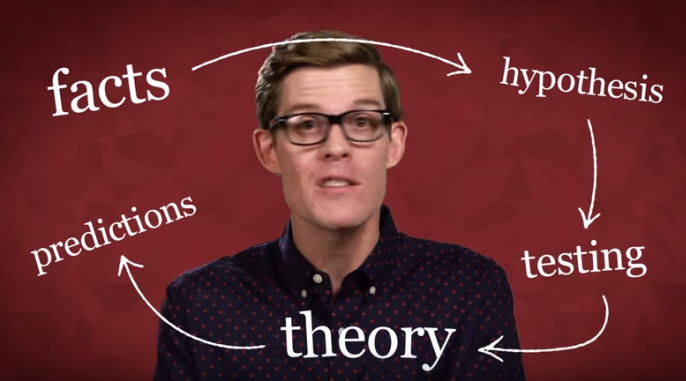 Some people try to attack things like evolution by natural selection and man-made climate change by saying “Oh, that’s just a THEORY!”

Yes, they are both theories. Stop saying it like it’s a bad thing! It’s time to learn the difference between a fact, a theory, a hypothesis, and a scientific law.

Special thanks to Joe Hanson, Ph.D., for allowing us to publish his terrific videos.

Other music via APM
Stock images from Shutterstock, stock footage from Videoblocks (unless otherwise noted)