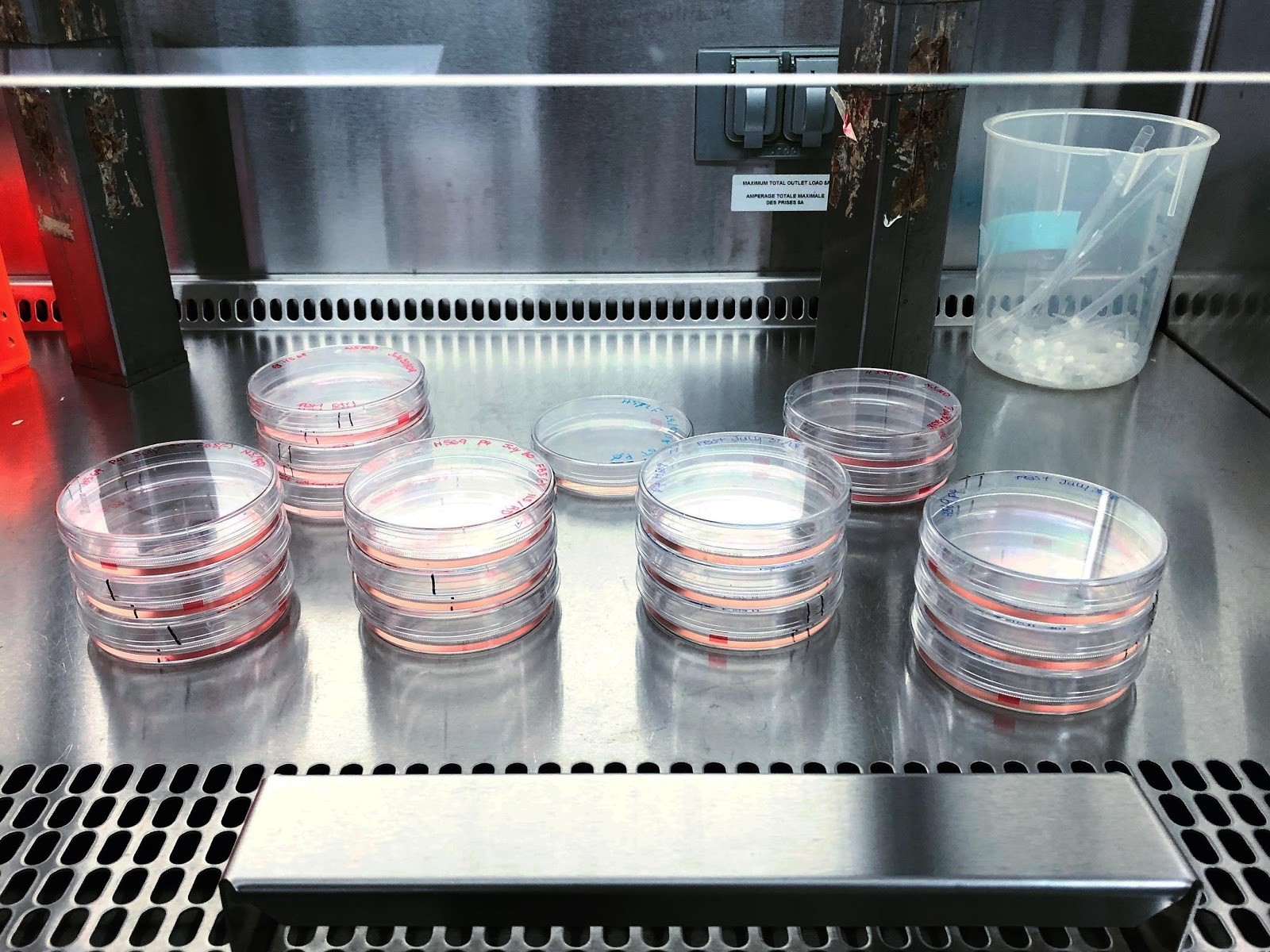 Biology Get to Know a Scientist

A vascular biologist studies blood vessels. Follow one biologist in the lab as she conducts blood cell research and learn how experiments are designed.

A vascular biologist studies blood vessels. Blood vessels connect all of our organs and tissues in our body to each other; as such, they play a crucial role in helping to maintain homeostasis—in other words, keeping the balance within our body. They have several important functions including transporting nutrients and removing waste, sensing blood flow, playing a role in the immune system, and much more.

Given their importance, it doesn’t seem out of the ordinary that blood vessels are affected in most, if not all, diseases. For example, in tumors, the blood vessels are immature, often have poor structural integrity, and are significantly greater in number to feed and sustain the tumors. Why do blood vessels form and act differently in disease? My hypothesis is that noncoding molecules play a key role in elucidating this difference.

What Are Non-Coding Molecules?

The human genome contains the instruction manual for our bodies. Genes are “read” and eventually converted to proteins. Proteins are the molecules that carry out functions within the body. Interestingly, only about 2 percent of the human genome codes for proteins. So, what about the rest of the genome? For a long time, scientists believed the rest of the genome was “junk DNA.” Eventually, researchers began to study specific noncoding genes and found that they did have functions even though they did not make proteins. Today, many classes of noncoding molecules have been discovered, but the majority of these molecules have not been fully characterized. The goal of my research is to identify key noncoding molecules that are involved in blood vessel formation and later determine how their function changes in diseases.

Working as a Vascular Biologist

My day often begins with some form of caffeine. While I sip on my beverage of choice, I make a list of all the things I want to accomplish for the week or I review the things I have scheduled for the day and prepare accordingly. Graduate school is almost entirely self-directed, and two traits I really honed through my academic career are my organization and time-management skills.

After I’ve created a plan for the day, I typically check on my cells. In research, because it is difficult and unethical to conduct experiments on humans, we use different models to study biology. The models we use are cells we collect from human samples that we then grow on petri dishes. We store these dishes in an incubator at 37 degrees Celsius because this temperature is the same as our internal body temperature. There are obvious limitations to this approach because our bodies are made up of more than one kind of cell. However, a lot of research starts at this cell stage before moving to an animal model, and eventually if there is a translational impact of the work, we will finally move into clinical research!

In our lab, we primarily use human umbilical vein endothelial cells (HUVECs). Endothelial cells are the cell type that line blood vessels. Earlier, I mentioned that arteries carry oxygenated blood away from the heart and veins carry deoxygenated blood to the the heart. However, in a fetus’s circulatory system, the umbilical artery and vein do the opposite. This is in part because the fetus’s lungs are not quite functional as they still haven’t breathed for themselves yet. They receive their oxygen from the mother through the umbilical vein and send their waste back through the umbilical arteries. I’m interested in studying blood vessels that carry oxygen to the tissues—the blood vessels that essentially are “feeding” the tissue—thus the reason I am using HUVECs. Later, I will likely branch out and examine other blood vessel (endothelial) cell types to see if I find similar patterns.

As a vascular biologist, I look at my cells under the microscope and see if they have grown. If they have grown the appropriate amount, they are ready to be used in an experiment! Every experiment begins with a hypothesis and a prediction: what do I think is going to happen and why? These educated guesses are based on findings from previous research. Next I design an experiment that I think will best answer that question. Typically that involves modifying what previous scientists have done in addition to incorporating my own ideas. Then once the experiment has been completed, I will analyze the results and draw conclusions. While this sounds simple enough, research is mainly optimizing these experiments. In fact, the majority of experiments fail. I have not only gained strong critical-thinking and problem-solving skills, but I have also learned how to persevere.

Today, I wanted to put my cells under low oxygen conditions, otherwise known as hypoxia. Hypoxia is important to study because in different diseases, specific tissues can become hypoxic and detrimental biological effects can occur, including cell death. Hypoxia can also affect the whole body, such as when people travel to high altitude conditions. I’m putting my cells under this condition because the molecule I’m interested in is thought to play a role in influencing the mechanisms of hypoxia from acute to chronic states.

In this experiment, I have three conditions: a control group that receives no treatments, a group in which I put cells under acute (4-hour) hypoxia, and another group in which I put cells under chronic (24-hour) hypoxia. Once the treatment period is over, I conduct fluorescence in situ hybridization (FISH). This protocol allows me to fluorescently tag specific RNA molecules so I can visualize them under a microscope.

A typical day in the lab really varies from day to day. Today, I spent 12 hours in the lab (4-hour hypoxia + 8-hour FISH protocol). Most days I can get my work done between 9 a.m. and 5 p.m. Other days, I finish in less time. Some people thrive with this kind of flexibility and others crumble. It’s important to know what your strengths are and cater to them as much as possible.

To meet more scientists and learn about their work, check out our Get to Know a Scientist series.

Noeline Subramaniam is a PhD candidate at the University of Toronto. She is a vascular biologist interested in how blood vessels are formed and why this process differs in disease conditions. She hopes to make researchers more accessible by increasing the transparency between researchers and the public by sharing day-to-day life in the lab, advocating for diversity in STEM and her non-scientific pursuits. You can follow her on Instagram (@thespicyscientist) or on Twitter (@spicy_scientist).