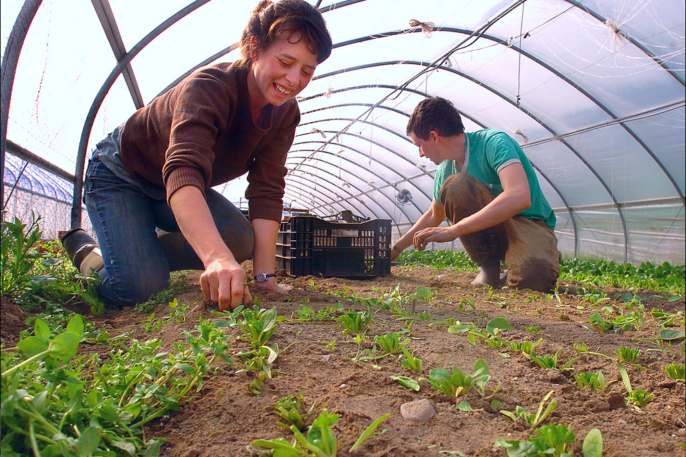 Human cells need iron, and so does bacteria. Bacteria make siderophores, scavenger molecules that leave the cell to poach iron from hosts. But what does this have to do with spinach?

Many remember the boisterous, muscle-bound, tattooed sailor Popeye and the thin-as-a-rail Olive Oyl from Saturday morning cartoons. In times of need, such as when his rival Bluto abducted Olive Oyl for the 50th time, Popeye would squeeze open a tin can of spinach. Eating the spinach, sometimes miraculously through his corn-cob pipe, gave Popeye that extra boost of energy needed to escape his bonds and rescue Olive Oyl. What was so special about spinach that gave Popeye his superpower?

Iron. Or so I thought. It’s popularly believed that spinach was Popeye’s “super food” due to the high amounts of iron it supposedly contained. However, Popeye was actually after his vitamin A fix, but spinach is still a great source of dietary iron. So all’s well that ends well.

Regardless, iron is an essential nutrient for the human body. Iron deficiency in humans reduces the oxygen-carrying ability of red blood cells, leading to anemia. But iron isn’t only needed to help chauffeur oxygen throughout the body; it’s also required by cells to aid proteins responsible for replicating DNA, generating energy, and protecting cells from damaging oxygen compounds.

While iron is so desperately needed to carry out everyday functions of the cell, an overabundance of iron can be toxic. Unchaperoned iron molecules (those not attached to a protein) can react with oxygen molecules, creating compounds that cause severe DNA damage (a process called the Fenton reaction). This double-edged sword requires a careful balance of iron uptake, transport, and disposal. To facilitate this, the human body has developed a sophisticated iron absorption system in the gut and has dedicated several proteins to iron’s careful storage within cells (inaccessible to invaders) and transport through the blood and plasma (accessible to invaders). While incredibly effective, there is still a tiny amount of iron left free in the blood, plasma, and bodily fluids.

But what does this have to do with invaders, such as bacteria? Well, nearly all bacterial species, including pathogens, need iron for the same or similar reasons that human cells do. But because of the stringent regulation of iron in the human hosts, very little is freely available for bacterial pathogens to access during an infection. As a result, strategies to gather iron in the blood are a near-universal trait of bacterial virulence.

Bacteria have two general methods to gather iron when it is in low supply during an infection. First, they can use proteins on the surface of their cells to trap host proteins or molecules that bind iron, such as heme or transferrin. A second method is to make scavenger molecules called siderophores that leave the cell to poach iron from host proteins. Let’s focus on the second tactic.

Research shows that impairing the ability of a bacterial pathogen to use siderophores can starve the bacteria of iron, slowing down their growth. This hampers the infection enough to let the human immune system catch up. For example, Bacillus anthracis is a bacterial species responsible for causing anthrax in humans and other mammals. When researchers removed the genes coding for the proteins that produce (1, in the figure below), recognize (4), or import (5) its key siderophore, B. anthracis could no longer make mice sick.

Through a complex, multistep process, bacteria use siderophores to bind iron in the blood, even stealing it away from transferrin. Briefly, the bacteria first assemble the siderophore from several smaller components (1, in the figure below). Once assembled, they are sent out into the environment to search for iron (2). After collecting iron from host proteins in the environment (3), the siderophore must make it back into the bacterial cell, where specialized proteins then retrieve iron-bound siderophores, but not those without iron (4), and transfer them inside the protective surface of a bacterial cell (5). The final step is to remove the iron from the siderophore (6) so it can be incorporated into cellular proteins as needed.

Since there are many different steps in the bacterial hunt for iron in the human hosts, there are several ways to interfere with this process and stunt the growth of invading bacteria. While researchers are looking for ways to use our knowledge of siderophores against pathogens such as Staphylococcus aureus or Mycobacterium tuberculosis, the human immune system has evolved a strategy of its own.

When a bacterial infection begins, white blood cells including neutrophils are some of the first responders. Their job is to kill the invading bacteria at all costs, sometimes even sacrificing themselves in the process. To accomplish this, neutrophils show up armed to the teeth with proteins specialized to target, to kill or maim the invaders. Siderocalin is one of those proteins targeting the invaders.

There are some pathogens, however, that make “stealth” siderophores that siderocalin cannot bind. The stealth siderophores bound to iron don’t match the shape of the siderophore-binding groove in siderocalin, so the pathogen still gets iron to continue growing.

This battle over iron between bacteria and humans is reminiscent of the competition between Bluto and Popeye and the arms race between predator and prey. Every time one seems to get ahead, the other comes up with a strategy to retrieve Olive Oyl. But in the end, our hero Popeye always comes through, which is what the ongoing iron research hopes to achieve for humans in the arms race against bacterial pathogens. How will humans evolve to counter the latest bacterial strategy and come out on top? Perhaps one day we’ll be able to use these siderophores against their makers. Stay tuned for a future article exploring how researchers plan to do just that.

A previous version of this article originally appeared as a blog post on MiSciWriters.

Ada Hagan is a graduate student in the Department of Microbiology and Immunology at the University of Michigan. Her doctoral research focuses on the methods that the bacterial pathogen Bacillus anthracis uses to gather iron during infections. Ada is also an advocate for science communication by scientists. She is a cofounder of the graduate student science writing blog MiSciWriters.com and a regular contributor to the American Society for Microbiology Microbial Sciences blog. You can follow her on Twitter @adahagan for more about microbiology, science communication, and life as a grad student mom.