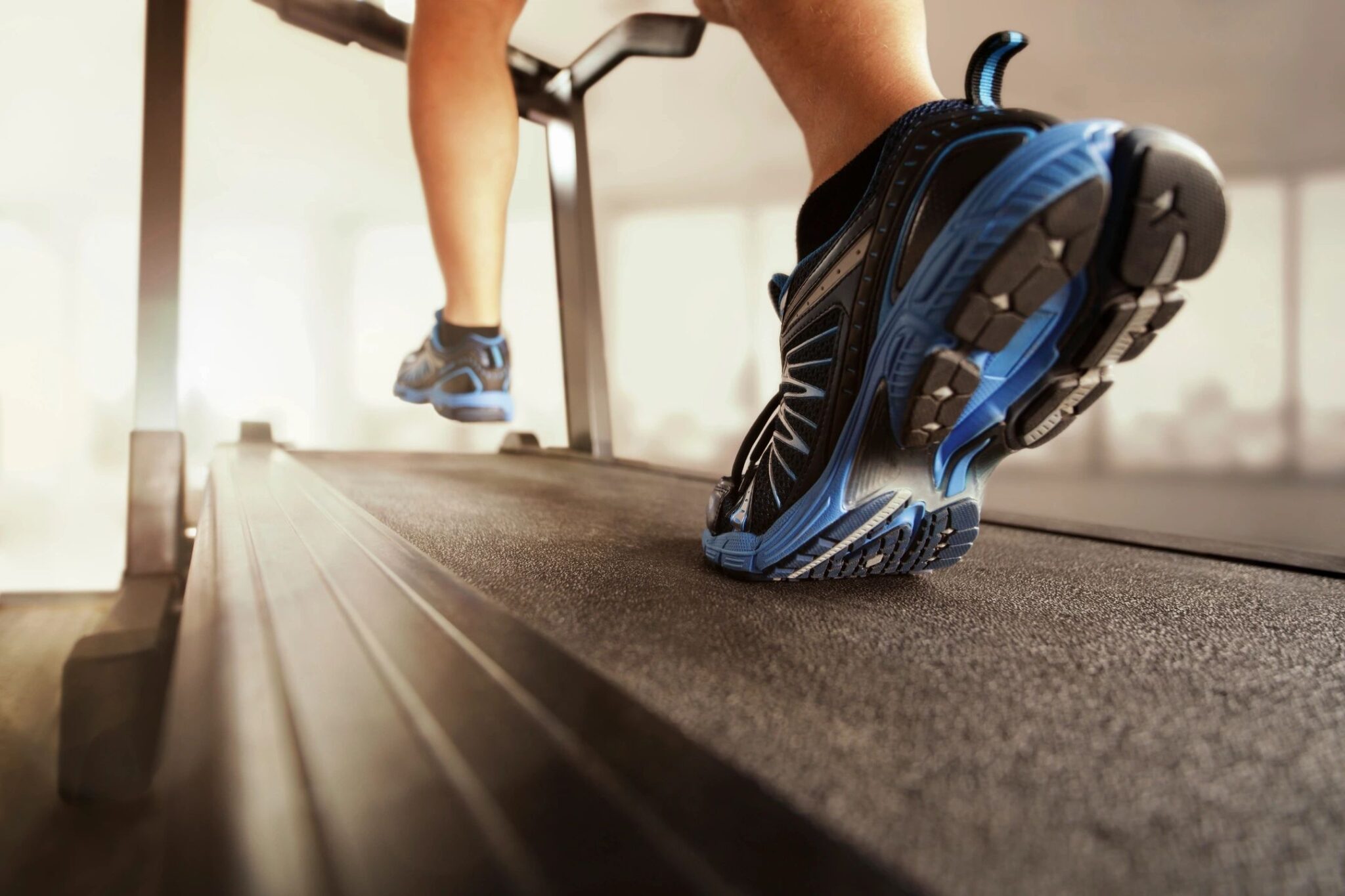 Are you a runner? You can use some basic laws of physics to improve your running. New research shows how to predict the forces between the ground and your feet.

Running is one of the simplest forms of exercise we can do. It requires no protective gear or fancy equipment. At its core, it just requires force. Runners are constantly searching for clues for how to improve their speed and prevent injury. But until now, there was no easy way to fully assess the way a runner moves. In a study published in the Journal of Experimental Biology, researchers at Southern Methodist University describe a method that requires nothing more than a quality camera and basic laws of physics to predict how a runner and the ground will impact each other.

Newton’s second law of motion says that force is mass multiplied by acceleration. A runner’s mechanics, or movement, can be represented by a simple waveform—a visual representation of force over time. The moment the runner’s foot hits the ground is represented by the beginning of the wave. As the mass of the runner’s body accelerates toward the ground, the amount of force increases and the wave climbs. The wave then slopes down as the runner begins the motion of lifting the leg again.

Collecting the data to create this pattern of force between the runner’s body and the ground is normally a complicated process that requires knowing the masses and motion of as many as fourteen different variables. A team consisting of Dr. Kenneth P. Clark, Dr. Laurence J. Ryan, and Dr. Peter G. Weyand believed that they could simplify the process considerably by focusing on just two parts of the body: the lower leg and the foot.

RELATED: WALK WHILE YOU WORK: DO TREADMILL DESKS HELP?

The researchers studied the running mechanics of forty-two people ranging from recreational runners to Olympic medalists. They measured each person’s body mass and used high-speed cameras to capture the motion of running. At the same time, a specialized treadmill recorded the force of the runners’ footfalls as they moved through their strides. The team then compared the real data to an algorithm, or set of mathematical steps, that they developed to predict an individual’s waveform pattern.

They call their new algorithm the “two-mass model.” The overall force pattern of a runner comes from combining the force of the lower part of the leg as it hits the ground with the force from the rest of the body. “The foot and the lower leg stop abruptly upon impact, and the rest of the body above the knee moves in a characteristic way,” says Clark, assistant professor in the Department of Kinesiology at West Chester University in West Chester, Pennsylvania. “This new simplified approach makes it possible to predict the entire pattern of force on the ground—from impact to toe-off—with very basic motion data.”

The researchers also discovered that their model works accurately for both heel and forefoot strikers, and at speeds that range from recreational jogging to Olympic-level sprinting. “The shape of the waveform often immediately reveals whether the runner struck the ground with the heel or forefoot first. The trace [shown below] is a characteristic heel-strike trace exhibiting what we call a ‘rising-edge force peak’ that occurs in large part because the heel stops so quickly when it strikes the ground,” says Weyand, director of the Locomotor Performance Laboratory at Southern Methodist University.

The researchers hope that the model can be widely used by running gear stores, running coaches, and even the medical community to help prevent injury. “The research provides a straightforward method for linking a runner’s gait to the forces present between the foot and the ground throughout each footfall,” says Weyand. “Many shoe stores currently have some kind of video or motion system present, but the new science provides a direct way to predict force patterns from a runner’s gait acquired through basic video or wearable sensors. This was not possible previously without a much more elaborate approach.”

RELATED: RUNNING ROBOTS MAY BE INSPIRED BY BIRDS

This information could be used to guide shoe choices as well as to help runners improve their speed and reduce injuries. By comparing running forces before and after an injury, an athlete might be able to see that he or she is not putting as much force on a limb as before. This could indicate that the limb has not fully healed.

The two-mass model could also improve understanding of the different patterns of force observed between running prostheses and feet. The researchers would like to eventually test their model on Paralympian sprinters. The practicality of the model gives it many potential uses.

“Simply understanding the scientific principles involved allows one to apply them, even with a naked eye. For example, coaches can evaluate whether speed athletes in football or track are getting enough knee lift for the impact at touchdown to hit high speeds,” says Weyand.

The researchers hope that the new capabilities of this model can push practical applications to not only guide shoe choices but also improve running speed in professional athletes and recreational runners alike.

Watch this video summary of the research:

Emily Rhode is a freelance science writer and municipal water resources educator. Her goal is to make science accessible and interesting for everyone. She has worked as an outdoor environmental educator, science teacher, and professional communicator and trainer. You can follow her on Twitter @riseandsci.