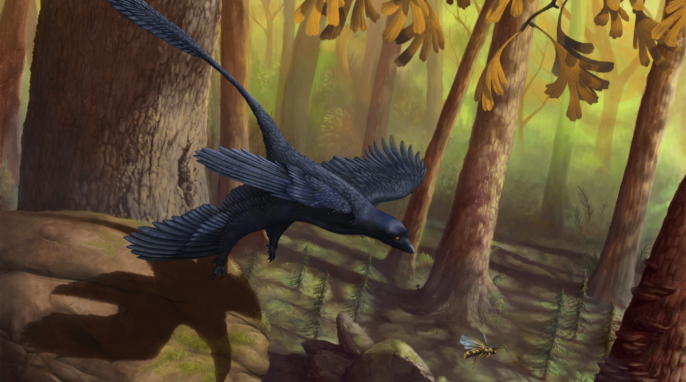 “People are not stupid. They believe things for reasons. The last way for skeptics to get the attention of bright, curious, intelligent people is to belittle or condescend or to show arrogance toward their beliefs.”
—Carl Sagan

The authors of God’s Word or Human Reason tackle a very difficult subject with the specific goal of taking creationist arguments seriously. They provide painstakingly detailed rebuttals to papers by creationists. Ten years in the making, this book uncovers fallacies in the reasoning used by the creationist organizations Answers in Genesis (AiG), Creation Ministries International (CMI), and Radioisotopes and the Age of the Earth (RATE) to argue that the earth is only 6,000 years old. Each author has a unique personal story to tell of moving from a young-earth creationist position to one embracing an old-earth position and the theory of evolution. These vignettes provide an unusual degree of transparency and humanity in a very well-researched book.

“I do not feel obliged to believe that the same God who has endowed us with sense, reason, and intellect has intended us to forgo their use.”
—Galileo Galilei

God’s Word or Human Reason opens with this quote from Galileo. The book makes an excellent general science book, and while it is respectful of religious beliefs, it does not proselytize. The book covers topics related to the age of the earth and the fossil record, and any reader will learn about important techniques, limitations, and how the scientific method builds up a solid case from many separate data points. The first part of the book lays a foundation for understanding the geologic column, radioisotope methodologies, and even why the strong and weak nuclear forces are relevant in discussions of the age of the earth. Admittedly, it was a bit odd for me to take excursions into the logic involved in young-earth creationists’ interpretations of the various strata and fossils, but the authors do an excellent job of addressing each point and then moving on to another area of evidence. If you’ve ever wondered why some elements are radioactive or how carbon-14 can be used to date a fossil, this section of the book will present it in an easy-to-understand fashion.

The chapters on the origin of birds (Jonathan Kane) and on the origin of humans and great apes (Michael Keesey) are outstanding. They are not only well written and engaging, but they also present the subject matter clearly, with helpful tables for side-by-side comparisons and excellent scientific illustrations.

In chapter 4, “Created Kinds and the Origin of Birds,” Jonathan Kane explores the fossil record of dinosaurs and birds. Important topics such as speciation, vestigial structures, anatomic comparisons, and phylogenetic bracketing are explained. The five stages of feather development, embryology, and avian lung systems are also lucidly described. The author clearly establishes that where one groups an early avian form is not a black and white proposition. Is it a dinosaur with avian features? Or is it a bird with transitional dinosaur features? This is an important point for creationists because of their emphasis on “created kinds” (baramins), which cannot become something else. In other words, dinosaurs were created and birds were created. For a bird to emerge from dinosaurs would be to cross a baramin boundary, breaking a fundamental tenet of the creationist interpretation of the fossil record and how species develop (within “kinds” but never across “kinds”). For noncreationists, not only is this an excellent unit on the origin of birds, it is also an outstanding introduction to how modern science groups species closer to some species than to other species along an evolutionary timeline. Fantastic scientific illustrations of relevant fossil finds are provided by paleoartists Scott Hartman, Jaime Headden, and Emily Willoughby (who is a GotScience contributor).

In chapter 5, “Three Histories of the Human Body,” Michael Keesey examines the relationships among the great apes and their evolutionary histories, primarily focusing on orangutans, gorillas, chimpanzees, and humans. The histories of these relationships emerge from anatomical studies, fossil records (including manufactured artifacts), and genetics. Keesey explores each of these areas with cogent arguments leading to a clear conclusion for each methodology. Keesey then integrates the results of the three separate approaches, providing a scientifically sound combined view of the evolutionary tree for great apes and, specifically, human evolution.

An important work in science communication and outreach specifically designed to address young-earth creationist standpoints, God’s Word or Human Reason never leaves solid science. It treats young-earth theories with respect while clearly demonstrating scientific fallacies, logical contradictions, and faulty methodology. The information in the book provides a solid foundation in critical reasoning, scientific methods, and scientific findings. At times the material is dense, but it is never beyond interested readers. The outstanding chapters on the origin of birds and on the origin of great apes will appeal to a wide audience. I was very impressed by the attention to detail and the solid research behind every section.

Jonathan Kane is a science writer and armchair paleontologist. He has formerly worked in the natural history exhibit of the New Jersey State Museum and is the creator of the Occam’s Razor webcomic series.

Emily Willoughby is a Ph.D. student in experimental psychology, science writer, and scientific illustrator. Her artwork has appeared in the journal Nature, the Shanghai Natural History Museum, and publications by National Geographic and Scholastic. Her artwork, photography, and social media links can be found on emilywilloughby.com.

Michael Keesey is a software engineer and former paleo technician who has worked on a number of projects related to evolutionary biology. His best-known creation is PhyloPic, an online database of silhouettes of organisms organized according to their evolutionary relationships.

Glenn Morton is a geophysicist who has worked for several petroleum exploration companies including ARCO, Oryx, Kerr-McGee, and Anadarko. He is author of over 90 peer-reviewed publications about creationism, geophysics, biology, and history, as well as four books about creationism and evolution.