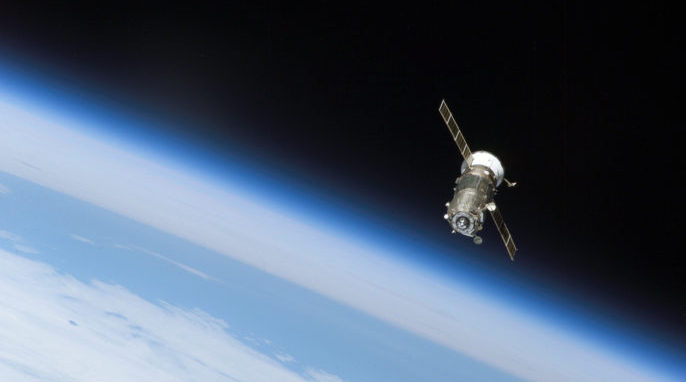 There is a lot of trash orbiting earth. More than 170 million pieces and counting, in fact. The pieces of trash range from tiny bits of metal to entire satellites no longer in use.

Human activity in space has left behind a lot of trash orbiting earth, from tiny bits of metal to entire satellites no longer in use. This debris poses a danger to new and ongoing missions. Inna Sharf is an aeronautical engineer at McGill University and is working on ways to remove it from orbit. She tells us about two potential cleanup methods she and her colleagues are exploring.

ResearchGate: How much space debris is out there?

Inna Sharf: There are an estimated 170 million debris objects at least 1 mm in size in lower Earth orbits. The vast majority of these are smaller than 5 cm. The number of trackable debris objects, those bigger than 5–10 cm, is close to 22,000.

RG: Where did this trash orbiting earth come from?

Sharf: The larger debris is from defunct satellites, the rocket upper stages that are left behind after satellite launch, and pieces resulting from satellite breakups and explosions, of which there have been around 200 in the history of space launches. Two catastrophic collisions that occurred between large spacecraft in 2007 and 2009 are one big source of debris. Smaller debris is generated in satellite breakups, fragmentations, and explosions as well, but also from continuous erosion of satellite surfaces that occurs in space from environmental factors. Some of the smaller debris particulate is also expelled as part of the exhaust gases from satellite engines.

RG: Why does it need to be removed?

Sharf: One reason is to ensure the sustainability of space, allowing man-made assets to continue to operate there. Removing the debris would reduce the risk of collisions with operational assets, which could lead to anything from full loss of a mission, to partial damage, to causing a mission to be cut short.

RG: What methods are you considering to remove debris?

Sharf: We are exploring two methods of debris removal. One is a chaser spacecraft with a robotic arm that would capture the debris. With this method, the spacecraft has to get within 2–5 m of the target debris, capture it using the robotic arm, then use the robotic arm to mate the chaser and the debris together into a single spacecraft. The system would then be brought to a lower orbit using the chaser’s engines. From there, the debris will naturally descend and eventually fall to Earth. Some of the debris will burn up on reentry through the atmosphere, and some, hopefully, will fall into the ocean.

The other method is a tethered-net concept, which would involve deploying a net from the chaser spacecraft to capture the debris. With this approach, the chaser would need to get within 20–50 meters of the debris and eject the net toward it. The net would open up, envelop the debris, and tighten around it. The chaser would then tug the debris to lower orbit where, again, it would eventually fall to Earth.

RG: How does your research contribute to this effort?

RELATED: GET TO KNOW A SCIENTIST: ASTROPHYSICIST DR. MELINDA SOARES-FURTADO

RG: What needs to happen before these methods can be implemented?