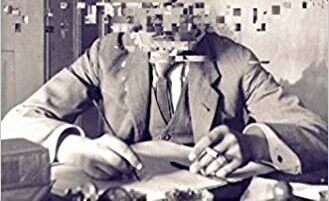 Title: When We Are No More: How Digital Memory Is Shaping Our Future

Imagine a world in which all the knowledge produced and amassed by humankind is finally digitized. One day a natural catastrophe destroys all the servers that are preserving that data. What will the future hold for humankind?

Now, imagine a world where human life is no more, but all the knowledge produced by humans is still there, preserved in some form. However, there is no one left to read it. What will the world be like without any record of our time on earth?

About the Book: When We Are No More

These two thought experiments draw upon the same ideas that inspired Abby Smith Rumsey to write When We Are No More: How Digital Memory Is Shaping Our Future. In reading it, I have learned a good deal about the history of books and have had the opportunity to reflect on how we use language when we talk about technology and science.

Smith Rumsey divides the book into three parts: “Where We Come From” and “Where We Are,” which together fill seven times more space than the last one, which is “Where We Are Going.”

The author explains from the outset that over the course of many generations, we have created increasingly sophisticated technologies for outsourcing the storage of the contents of our minds. While printed books were a tremendous achievement, “in the digital age we are dramatically expanding our capacity to record information, freeing us to pursue our curiosity at will and seek answers to ever more ambitious questions.”

However, the author says that “the carrying capacity of our memory systems is falling dramatically behind our capacity to generate information.” She further explains that “digital memory is ubiquitous yet unimaginably fragile, limitless in scope yet inherently unstable.” “Our culture and technologies are the ultimate power tool, enabling adaptive strategies that far outpace the strictly biological evolution other species must make to with,” she contends. Therefore, “Gone is the promise of preserving knowledge forever.”

The book springs from a concern that digitization could eventually lead to a total loss of all the material records of our memory. To put it differently: we are so used to having material (touchable) records of everything humankind has ever produced, that we now realize it is impossible to keep preserving everything unless we find other ways to store all those records, and that digitization—which has seemed so far the most feasible, cheapest way to do so—turns out to be also quite precarious.

Smith Rumsey proceeds to give a brief, accurate account of writing and recording techniques: from tablets to papyrus to paper, and from handwriting to bookblocks to print to e-books. She relates such technological improvements to the evolutionary advantage humankind has over other species—memory—and how this advantage has been particularly important in the development of civilization. The author claims that the ability to form symbolic representations of the world has constituted an evolutive advantage of humankind in comparison to other species. She affirms that “we adapt to our different environments by developing different cultures, with distinct languages, cuisines, social structures, economic and political organizations, and belief systems.” Culture then is a function of adaptation. “Because we are by nature culture-making creatures, distinctions we like to draw between what is natural and what is artificial or man-made are illusory at best. Culture mediates all of our experiences simply by providing each of us the basic template or mental model by which we interpret the world.”

Smith Rumsey explains well the continuous interchange between tradition and innovation, which is our ability to integrate what we know with new experiences and knowledge, doing a remarkable job of connecting the past to the present. She concludes her narrative with a reflection on free access to data, an important aspect of today’s culture and of any solid democracy. The ideas trigger readers’ interest in knowing more about the subject and offer potential conversation topics.

Although When We Are No More: How Digital Memory Is Shaping Our Future is an accessible read for a lay audience, some notes about the language are in order. In fact, a close reading reveals a discrepancy between the author’s word choice and her theoretical claims.

Right from the outset, the author declares her adherence to materialism, “the radically transformative idea that the universe and all that exists is no more and no less than the material effect of material causes.” Within this theoretical framework, Smith Rumsey states that “the universe writes its own autobiography in atoms. The evolution of our collective memory from Paleolithic cave paintings to the World Wide Web is the story of how and why this idea of matter as memory took hold and what it means for us today.” In other words, throughout history humans have changed their means of recording information. And both cave paintings and e-books are made of matter. However, the author soon contradicts this idea by stating that “until the present age, managing physical objects was the only way we managed knowledge. In digital archives, there are no objects, only bits.” Yet the reader may ask, what are bits made of? Bits are as physical as anything else in our universe, since they are a system of binary digits (zero and one), translated into electrical impulses (electrons and protons), which make computers turn switches on and off, which in turn triggers subsequent actions. Bits are the fundamental language of machines, and by digitizing books we have translated our knowledge from human to computer language, that is all. Therefore, unplugging a computer (or the entire Internet) would be the contemporary equivalent of burning down the library of Alexandria. We survived the first time.

Smith Rumsey comments, “The main reason materialist science triumphed over all competing models of knowledge lies in its effectiveness in prediction. By eliding a deity who can intervene at will to suspend natural laws, we have gained considerable control over our own destiny.” In other words, materialism frees humankind from the idea of metaphysical beings ruling the physical world, thus unchaining us also from the idea that our lives have been decided beforehand. If there is not a destiny (from which the word destination derives), there is not a path to follow, no movement, and no stop-overs either. Nevertheless, she affirms that “the slower we move, the more control we gain over our final destination,” thus buying into the metaphors of progress and life as a journey.

Moreover, she quotes Daniel Kahneman, who says that our tendency to create a coherent narrative of the past, albeit useful, is deceiving because it makes us believe that we could predict the future. And she supports that claim by stating that the evolution of writing and recording techniques, from clay tablets to e-books, “looks like a logical progression—not simple, yet somehow inevitable. It was not.” However, shortly afterward she insists that “certain trends now shaping our future are clear,” leaving the reader with a lingering feeling that there is only one, predetermined (thus predictable) future.

Smith Rumsey explains that “liberal democracies … tend toward an unnuanced faith in progress through science … a nearly invisible but still potent inheritance from the Enlightenment.” The concept of progress was almost completely abandoned by twentieth-century scientists and philosophers. That is why physicists such as Robert Laughlin, whom the author quotes, talk about a “shift” rather than a “progress” in knowledge, to describe a new scientific understanding of the universe. However, a few lines later she falls back into the “advance in knowledge” metaphor.

Even when the historian seems to fully embrace the confines of materialism relating to our possibility to grasp the future by titling her book’s last chapter “The Predictable Unpredictability of the Future,” she slips again on “the providential usefulness of knowledge.” Given a materialist framework, even our knowledge is an accidental—not providential—part of the evolution of humans.

RELATED: RHETORIC AND CITIZEN SCIENCE IN THE DIGITAL AGE

Despite being full of interesting information about the history and evolution of books, the work sometimes loses control over its language and reveals potential weaknesses in its theoretical foundations.

That said, the author’s examination of technological innovations and records durability, and her discussion about free access to data and discoverability in a time of information overload, contribute to a useful book. Her clear prose pleasantly condenses a large amount of data into a small space, communicates to readers a piece of precious cultural history, and triggers observations on the object readers have in their hands at the very moment they are reading it. The endnotes and bibliography add value, offering readers even more resources to pursue their curiosity and further their knowledge on the subject.

Abby Smith Rumsey is a writer and historian focusing on the creation, preservation, and use of the cultural record in all media. She has written and lectured widely on digital preservation, online scholarship, the nature of evidence, the changing roles of libraries and archives, intellectual property policies in the digital age, and the impact of new information technologies on perceptions of history and time.