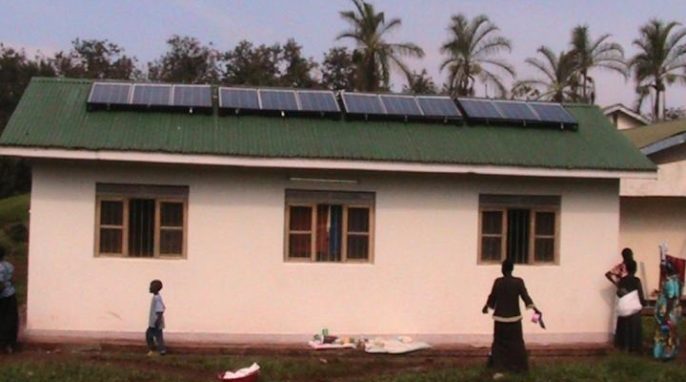 If you’ve ever stayed in a hospital, you might remember the oxygen delivery system mounted on the wall behind your bed or at your bedside. Many of us take these for granted, but in developing countries such as Uganda they are not easily available—and even when present, they are unreliable because power cuts are rife. Now, scientists have devised an innovative solution for delivering oxygen to children with severe pneumonia: harnessing solar energy to power oxygen delivery systems.

“Ours is the first study to describe the implementation and use of solar-powered oxygen delivery in children with pneumonia and/or hypoxemia. We treated children with pneumonia and the system worked,” says Dr. Michael Hawkes, senior author of the study and assistant professor at the University of Alberta. Hawkes treated children in hospitals in Uganda, where he had to manage with limited resources.

Pneumonia, caused by an infection in the tiny air sacs of the lungs, is the leading cause of death in children worldwide. When this infection is severe, the lungs cannot absorb enough oxygen into the blood, so oxygen therapy is required. There are two options in regions where resources are limited: through oxygen cylinders, which are not easily available, or through oxygen concentrators, which run on electricity. However, power outages are a frequent occurrence, sometimes lasting as long as 12 hours. “We had children that died in front of our eyes,” says Hawkes.

“We needed a way to produce reliable oxygen that did not depend on the hydro-electric grid and did not require the bulky, leaky compressed oxygen cylinders that were frequently out of stock,” Hawkes explains. He turned to renewable energy, as Uganda is sunny most of the year. His team installed solar panels on the roofs of two hospitals in Uganda—Jinja Regional Referral Hospital and Kambuga District Hospital—to capture solar energy during the day, which was then stored in a bank of batteries. The stored energy was used to power concentrators that work by extracting oxygen from the atmosphere (which is 21 percent oxygen) to a concentration of up to 90 percent, and delivering it to patients through masks or nasal prongs. Using solar power, the oxygen concentrators were able to work 24 hours per day. The team used them to treat 28 children and noted immediate improvements in blood oxygen levels.

This system was easy to set up; the team purchased all the components—solar panels, batteries, and oxygen concentrators—locally. The systems were installed by local engineers and technicians. The initial cost to build the system was $18,000. Once installed, the maintenance costs are low, and the daily inputs on which the system runs—sun and air—are free.

Hawkes’s team plans to expand the use of solar-powered oxygen to 80 hospitals in Uganda in collaboration with the Clinton Health Access Initiative, the Ministry of Health of Uganda, and Grand Challenges Canada. “If we could expand it, could you imagine how many children would have access to lifesaving oxygen therapy?”