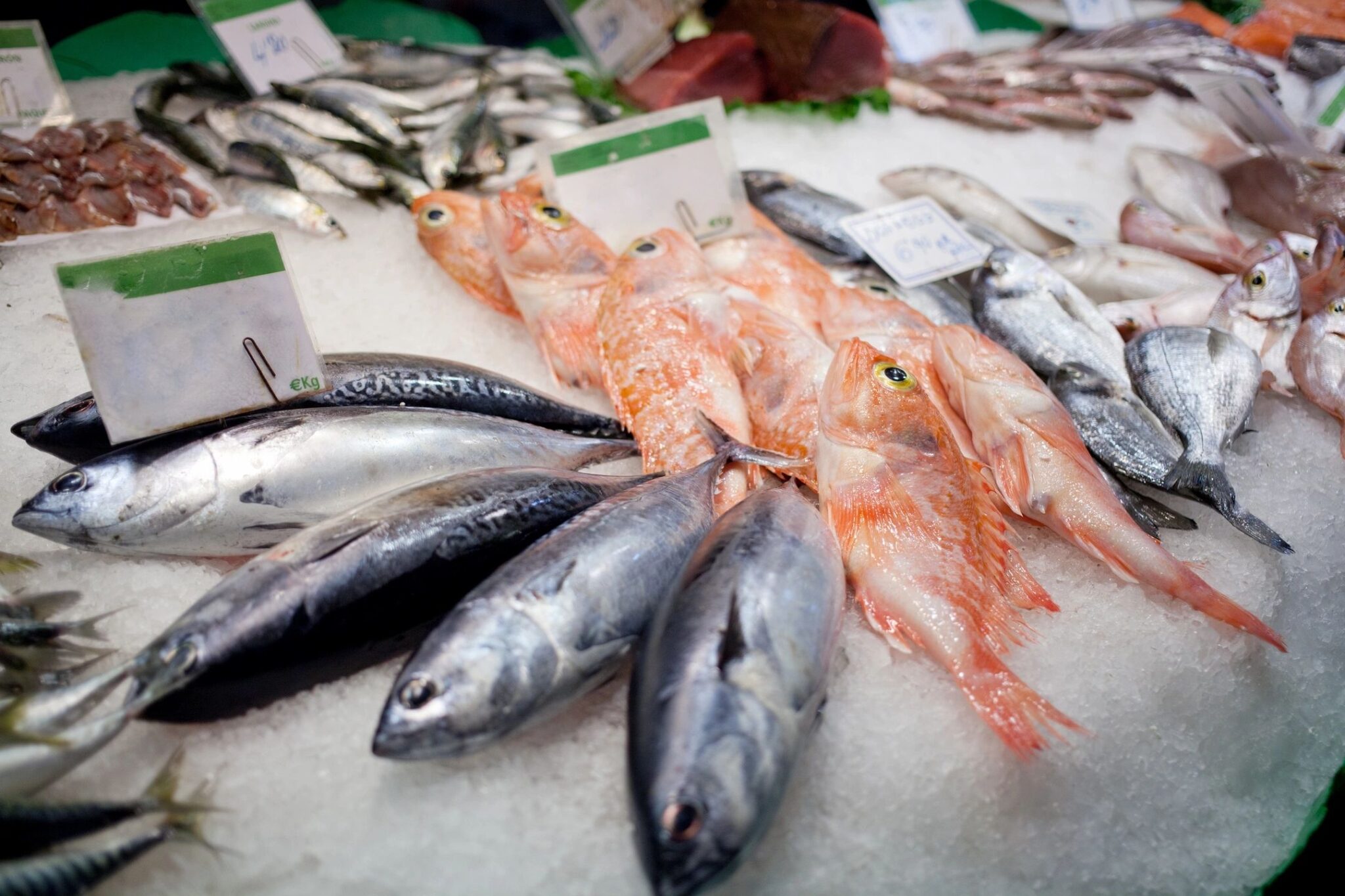 Phytoplankton blooms hold the key to setting sustainable and fair fishing quotas each year—a win-win situation for the economy and the ecosystem.

The Red Sea is a key reef ecosystem supporting many marine species, but it is also under pressure from climate change and exploitation from fishing. Researchers are developing new ways to monitor the health of the Red Sea and balance the needs of local and commercial fisheries with the health of the ecosystem.

One of the ways to do both is to observe plankton blooms: their blooming period can predict the numbers of commercially important fish species up to a year in advance. Longer or earlier blooms result in more fish the following year; shorter or later blooms mean conditions are less ideal for fish, so numbers will be lower. With this knowledge, policymakers can keep fishing catches at sustainable levels each year by setting limits based on the previous year’s plankton bloom.

Plankton are microscopic organisms. Without them, ocean ecosystems would collapse. Phytoplankton get their energy from rays of sunlight that penetrate ocean waters, and they form the base of many ocean food chains. When environmental conditions are just right, phytoplankton blooms can occur, which means the density of phytoplankton is greater than is usual at that time of the year. In turn, this greater density results in increased productivity for the whole area.

This means that researchers can determine not only the timing of blooms but also to what extent the fish are likely to benefit from that bloom based on the size of the phytoplankton. This information can then be compared to past fishery records and used to predict future catches, which is vitally important for maintaining a stable ecosystem.

Fishing in the Red Sea

Two key species were used to define fishing success, which could then be correlated to plankton blooms. The first species was sardines. Plankton is one of their primary food sources, so they are directly influenced by phytoplankton blooms. The second species was squid. Squid eat plankton when they are young, so the blooms affect the number reaching adulthood. As adults they feed on other fish, and the numbers of those fish are likely to be affected by the availability of plankton too.

This is the nature of food webs, in which multiple organisms are connected. One small change can lead to cascading effects throughout the food web—another reason it is important to know the controls on plankton blooms and what they mean for fishing success.

The researchers analyzed the fishing data from 1998 to 2016 for the two species, sardines and squid, and correlated the catch data with the timing and extent of the phytoplankton blooms. Much larger amounts of plankton than expected were associated with higher catch rates of sardines and squid.

For example, September 2002 to May 2003 was the longest phytoplankton bloom, and one year later the maximum catch for sardines was approximately 1750 metric tons more than the mean annual catch. Usually, fishery data shows a total catch fluctuation between 100 and 250 metric tons every year. The huge difference following the bloom highlights just how much of an effect a large phytoplankton bloom can have on fish populations in the Red Sea.

The reason for the year-long lag between phytoplankton blooms and higher catches is that species need time to feed on the plankton and for their population numbers to react to the improved conditions.

Cyclonic eddies, like the ones in the Red Sea, have cooler water at the center and can stretch over 100 km. Eddies of that size are found all over the world’s oceans. They are needed to mix water at different depths, and they have big impacts on ocean life such as plankton. When a cyclonic eddy about 100 km wide occurs just before a phytoplankton bloom terminates, it brings more cold, nutrient-rich water to the surface and sustains high phytoplankton numbers for longer than a typical seasonal phytoplankton bloom.

The link between phytoplankton blooms and higher catches of commercially important fish can be used to predict the number of fish in the following year. However, this research is also important for Red Sea management. Overfishing is one of the biggest threats to ocean ecosystems and drives species to extinction. Therefore, it is important to set fishing limits—or quotas—on commercially fished species.

This has been difficult to do as fish populations fluctuate year to year, so understanding how the size and duration of phytoplankton blooms affect these species can help marine managers set more accurate fishing quotas. If a delayed phytoplankton bloom could reduce the recruitment number of these species, meaning fewer make it to adulthood, quotas could be lowered to make sure fishing does not exceed the amount that these species could support in that particular year.

It is also important to recognize fishing in the Red Sea is an important source of income for individuals and vital to the economy. Although there has been a history of overfishing worldwide, in the long term this is not beneficial for fisheries or ecosystems as overfishing leads to population collapse.

This new approach provides a solution for sustainable management on a year-by-year basis. There is less danger of overestimating the amount of fishing the oceans can support, and fisheries can be regulated fairly so they can continue fishing the same species generations into the future and maintain profits. This approach shows that economic and environmental interests can be balanced to get a solution that works for everyone.

This study was published in the journal Remote Sensing.

Jessica Breavington is a student at Durham University studying Natural Sciences in biology, geography, and earth science. As an extensive traveler, she has observed first-hand the human impacts on the environment and the effect of climate change on the natural world. She writes more about her studies and experiences in her blog at www.anthroment.com. (use existing photo)