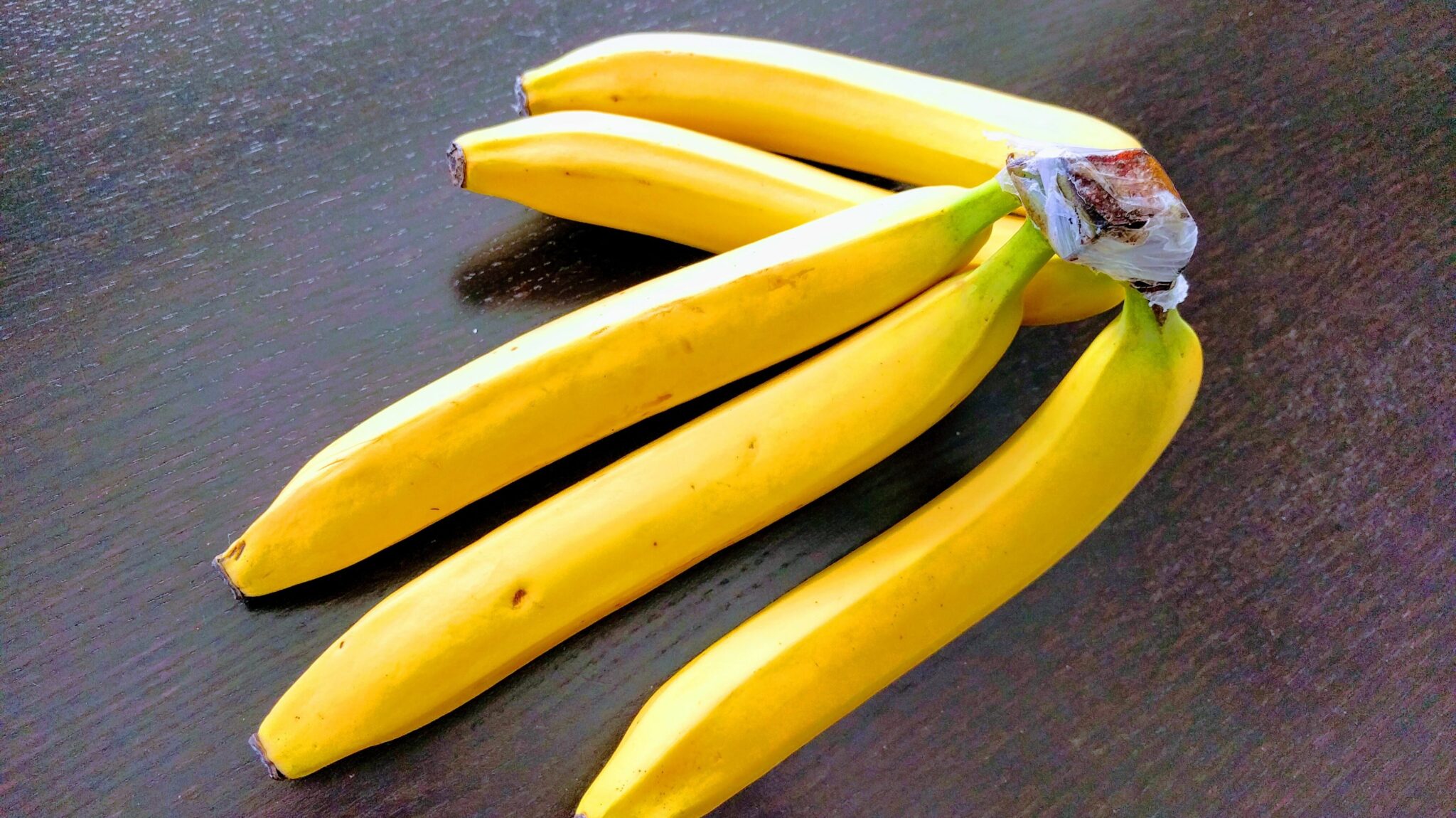 Bananas are a ubiquitous fruit that generally appeals to humans of all ages, from infants to older people. But did you know that our consumption of bananas might be reduced in the future, due to a devastating disease that is hitting the crop worldwide?

Panama disease of bananas is a hugely devastating plant disease caused by the fungus Fusarium oxysporum f. sp. cubense (Foc). It was originally discovered in the late 19th century, but spread globally in the early 20th century, when the disease wiped out a then-dominant cultivar (cultivated variety) of banana, ‘Gros Michel.’ In recent years, there has been a new outbreak of the disease, caused by Tropical Race 4 (TR4) of the fungus, which has been affecting the ‘Cavendish’ cultivar of bananas, one of the most popular varieties sold worldwide. Siwen Liu and colleagues conducted research to identify mechanisms of action of Foc TR4 on Cavendish bananas, in order to generate new cultivars of bananas resistant to Panama disease.

Foc is a soil-borne fungal pathogen that affects banana plants by colonizing the root and entering the xylem vessels (part of the vascular system of plants that moves water and minerals from roots to shoots). Blockage of xylem vessels by the fungus leads to wilting of leaves at various stages, and death of the plant. The symptoms on parts of the plant sometimes take up to four months to appear, and the fruits show no symptoms, making this disease very hard to detect. Once the fungus establishes in the soil, it is hard to eradicate and no chemical fungicides appear to be effective. Therefore the only available solution so far has been to use resistant cultivars of bananas. However, the battle between a pathogen that causes disease and a plant that attempts to fight Panama disease is an arms race, with the pathogen evolving new methods of virulence and the plant having to evolve new mechanisms of defense. For decades, scientists have been studying the mechanisms by which Foc targets and infects banana crops. Selective breeding of crops based on this research could result in new cultivars of bananas that are resistant to the disease.

In order to identify the virulence mechanism of TR4 (i.e., how it causes disease), Siwen Liu and colleagues used resistant and susceptible varieties of Cavendish banana to profile the genes expressed after an infection by Foc TR4. From this analysis, the researchers identified a protein that acts as an effector, meaning that it arises from the pathogen and has an effect on the host. This effector belonged to the cerato-platanin (CP) family of cysteine-rich proteins, and they named it FocCP1.

Interestingly, previous work identified the CP family of proteins in several plant-pathogen interactions and with varying functions. For example, proteins in this family may act as defense-inducing proteins in some plant pathogens, and as disease-causing proteins in others. The researchers therefore aimed to elucidate whether FocCP1 was responsible for causing disease or defense in inoculated banana plants.

The researchers found that the gene encoding FocCP1 increased in expression during fungal spore germination, continued to increase as Panama disease progressed in banana roots, and then declined 24 hours after inoculation. By disrupting the FocCP1 gene the researchers observed that the mutation did not affect the growth of the fungus. A fluorescent tag was attached to FocCP1 and its movement upon inoculation of banana leaves was observed by fluorescence microscopy. The researchers concluded that FocCP1 plays a role in tissue infection and is secreted to the surface of the plant cell. The FocCP1 protein was purified and infiltrated into banana leaves; the infected leaves showed increased cell death around the inoculation site, compared to controls that were not infected. In contrast, a mutated FocCP1 did not cause infection in banana roots, as observed by no cell death in infection assays, and no fungal growth as seen via electron microscopy of inoculated banana roots. This led to the conclusion that FocCP1 is a virulence protein in Foc TR4.

Foc is a hemibiotroph, which means that it has a dual lifestyle: at first it is a biotroph, requiring living host tissue to survive, but then it changes to a necrotroph, where it can survive on dead tissue. There are many hemibiotrophic plant pathogens, and the mechanism by which this switch in lifestyle occurs is not known in many cases. Siwen Liu and colleagues speculated that the pathogen produces effector proteins that shift it from a biotrophic phase to a necrotrophic phase. In their research, they hypothesized that FocCP1 plays an important role in mediating this change in lifestyle. They suggest that FocCP1 at first suppresses plant defense responses, and later it accelerates plant cell death to allow the necrotrophic phase of the pathogen to take over.

The interaction between bananas and the Panama disease–causing pathogen is complex, which is why eradicating this disease has not been straightforward. By performing this study, the researchers have identified an important protein from the pathogen—one that controls the disease’s spread. Further work could identify targets of this protein in banana plants, which would increase our understanding of the mechanisms behind the switch to a necrotrophic lifestyle. Future work might then result in selective breeding of plants to enhance resistance towards Foc TR4. So, could we envisage a future of Panama disease–free banana cultivation?

—Radhika Desikan is a plant scientist by training who has taught for several years, and researched and published on the behavior of plants facing various abiotic and biotic stresses. Radhika recently became interested in outreach to schools and communicating plant science to a younger audience.