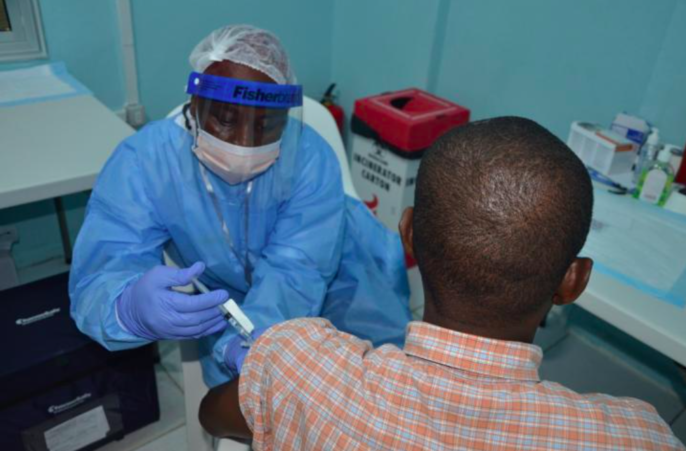 The Ebola outbreak spanning from 2014 until 2016 was one of the longest and largest outbreaks in recent history. Have researchers finally found a vaccine?

Only a few summers ago, “Ebola” became a household word as the worst outbreak of the virus in history ravaged its way across western African nations and threatened health safety worldwide. It became easier to not think about the Ebola virus once the urgency of the crisis passed, and now news media is filled with other medical emergencies such as Zika or measles outbreaks—although there is a vaccine for the latter (cough, cough). However, several research groups haven’t forgotten about the devastation caused by the hemorrhagic fever and continue to work towards a possible Ebola vaccine.

Are we closing the barn door after the bats have bolted?

Sub-Saharan Africa has been determined to be a “hotspot” for the transmission of bat viruses to humans. Bats are the animal vector for the Ebola virus, and it is believed that the 2014 outbreak started from one child being exposed to fruit bats carrying the virus! It then spread via human transmission from the child’s village in Guinea to neighboring villages and then over the borders into Liberia and Sierra Leone.

The Ebola outbreak spanning from March 2014 until 2016 represents one of the longest outbreaks in recent history, and it was also the worst outbreak with regard to the number of cases and deaths by multiple orders of magnitude. It covered numerous countries, going beyond Ebola’s typical sub-Saharan African borders into Italy, Spain, the United Kingdom, and the United States.

During the summer of 2017, there were eight cases and four deaths, and they were contained to the remote providence of Bas Uélé in the Democratic Republic of the Congo. Cases before the 2014 outbreak were also typically contained to remote areas. Unfortunately, this makes access to medical treatment very challenging, but the remoteness also helps to prevent the spread of the disease.

During the 2014 outbreak, the disease hit major cities in populous west African countries. The increased population density combined with other factors exacerbated the spread of the virus to generate the epidemic. There’s nothing to say these factors couldn’t come into play again, and with increased globalization, quelling the spread of the disease only gets more challenging. One way to help prevent another outbreak, and to help address concerns over cases in remote areas that are difficult to reach, would be to develop an Ebola vaccine that can preemptively control the spread of the virus.

Now, where are we in Ebola vaccine development?

While the threat of another global outbreak may not feel immediate to some, researchers continue to work towards developing a vaccine, knowing that currently the only plan of action during an active outbreak is rapid diagnosis, quarantine, and supportive medical care. The first set of findings from a large, randomized clinical trial were released last year in the New England Journal of Medicine. The trial was conducted through a clinical research collaboration between the United States and Liberia called the Partnership for Research on Ebola Virus in Liberia, abbreviated PREVAIL. The PREVAIL study included two vaccine candidates: cAd3-EBOZ and rVSV-ZEBOV. The study enrolled 1,500 adult volunteers that had no reported history of Ebola virus disease. The volunteers received either one of the vaccine candidates or a saline injection as a placebo. PREVAIL was investigating the safety of the two candidate vaccines, as well as the vaccines’ ability to elicit an immune response—the hallmark of an effective vaccine; this means the study tried to determine whether the drugs would be effective in helping the body’s immune system fight off infection if an individual were to come in contact with the Ebola virus.

The results demonstrate the two drug candidates do not appear to cause any serious medical problems, but some volunteers exhibited mild to moderate flu-like side effects, including headache, muscle pain, fever, and fatigue. In addition to this, the study found that both vaccines were able to generate a lasting immune response, meaning they could have the potential to help fight off an Ebola infection, but more studies will be needed to show actual protection against the virus. The study even had an unexpected finding: fewer volunteers reported malaria infections after receiving one of the experimental vaccines as compared to the volunteers who got the placebo. However, much more testing would need to be done to determine whether this was by chance or an actual effect of the drugs.

So, we don’t need to worry about an outbreak of Ebola virus anymore?

While the findings of the study are promising, more studies still need to be conducted to see if the vaccines can actually prevent an Ebola infection. However, it’s important to remember that the research continues, even if the immediate threat of infection and global pandemic has left the mainstream media’s attention. And this goes for numerous other infectious diseases such as malaria and Zika, but not measles—we have a vaccine for that one. The research continues, and hopefully, new vaccines will follow suit.

This research was published in the New England Journal of Medicine. Funding was provided by the National Institute of Allergy and Infectious Diseases.

—Michelle is a graduate student at the University of Georgia Complex Carbohydrate Research Center, where she studies rare neurological disorders using patient stem cells. She’s pretty passionate about science and science communication. However, she also enjoys numerous activities in her free time, including reading, listening to podcasts and audiobooks, hiking, baking, and obsessing over her labradoodle named Goose!