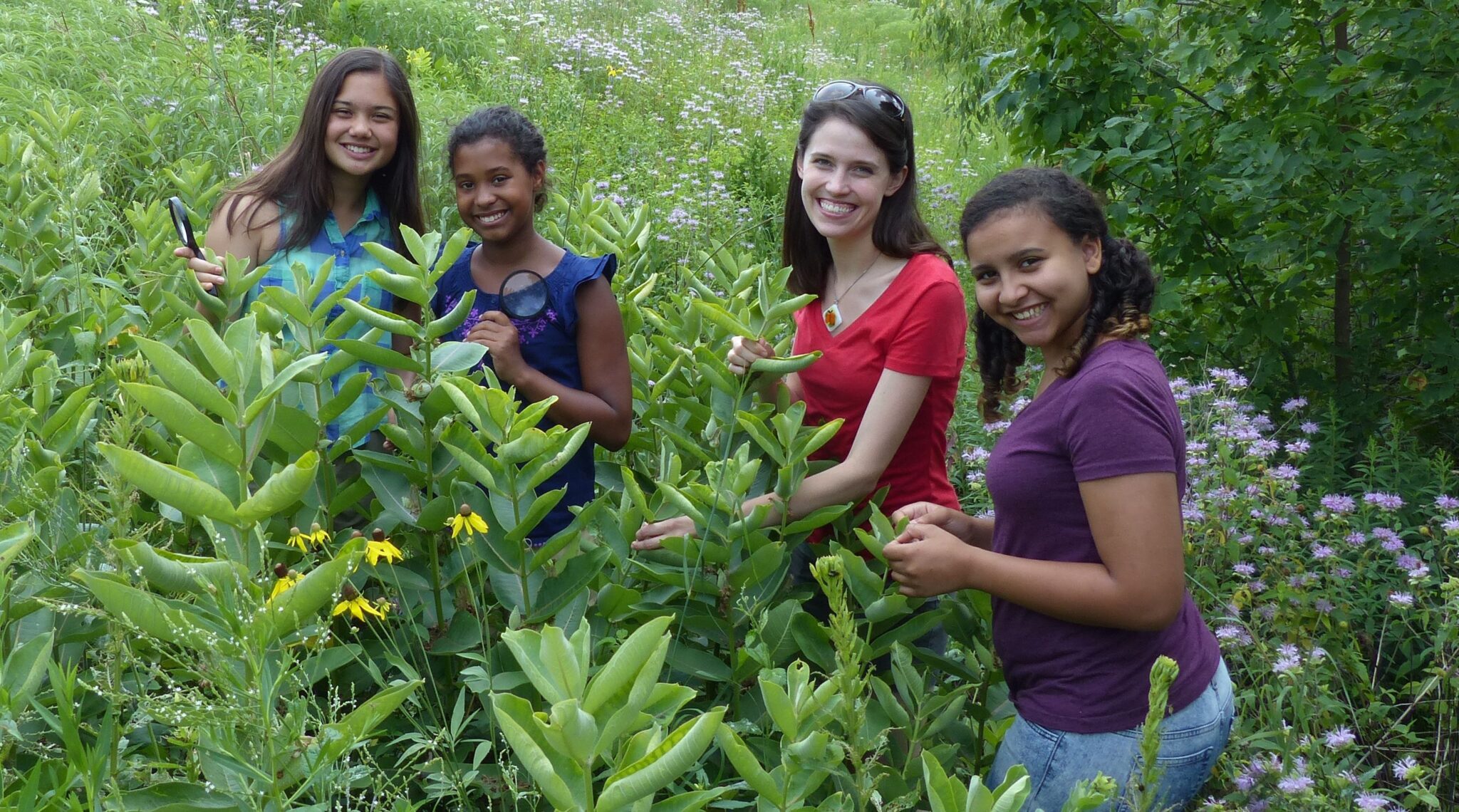 As a young girl, I loved watching Bill Nye’s experiments, Steve Irwin’s expeditions, and Michio Kaku’s explanations of the universe. These men made science look cool and exciting. But they also reinforced the idea that science was less accessible for girls like me, who weren’t physically fit enough to be an astronaut or confident enough with numbers to be a theoretical physicist. The closest thing I had to a female scientist role model was Ms. Frizzle from The Magic School Bus, but the whole premise of that show was based on magical powers, and plus, it was a cartoon: the female scientist wasn’t real; she was just a fun fantasy.

Unfortunately, there still aren’t many big-name female scientists out there. It’s great that Bill Nye is still churning out science wisdom, and Neil DeGrasse Tyson is making the universe more accessible than ever, but there aren’t many women on prime time discussing their discoveries or breaking down the facts. And when you do think of famous female scientists, you’re probably thinking of women whose faces you’ve never seen and whose voices you’ve never heard. It’s time for a role model upgrade.

That’s why Twin Cities PBS created SciGirls, a national PBS television series with an online and educational component that specifically features female experts in science, technology, engineering, or math (STEM). In each half-hour episode, middle-school-aged girls are paired with female STEM professionals, and together with cartoon mascots Izzie and Jake, they embark on a STEM mission. Every episode takes place in a different location and features new teams of students and professional scientists.

SciGirls: Inspiring A Future in STEM

The SciGirls television series works to engage and inspire girls (and boys!) in all of the STEM fields, so the episodes cover a wide array of topics ranging from software and biomedical engineering to cloud cover and dolphins to food science and bird watching. Girls learn skills like how to verify and present information, how to form hypotheses, and how to collect data. All episodes are available in Spanish, and in 2018, SciGirls will premiere a new season of six “Spanish first” episodes with English subtitles. In 2020, SciGirls will introduce another season focused on computer science, particularly coding and programming.

The real-life SciGirls (these are the students we meet each episode) always present what they have learned at the end of their STEM journeys. “Many of the ways that the SciGirls in different episodes have chosen to share their knowledge is through art,” explained Sarah Carter, the TV program’s STEM Media & Education Manager. “SciGirls also feels that it is important for girls to understand that the STEM fields can be creative and that they allow room for different means of expression.” This allows the girls to share their knowledge in ways that are personal to them. Additionally, this opens up the door to interest in STEM careers and breaks the assumption that STEM has to be rigid or can’t be fun.

Citizen science also gets a feature spot on SciGirls. The six episodes of season 3 had the SciGirls and their female STEM role models and facilitators participating in national citizen science projects, like those associated with FrogWatch USA, the NASA-affiliated Students’ Cloud Observations On-Line, and Zooniverse. In the first episode of the season, for example, girls from St. Louis, Missouri, learned about the declining amphibian population and then teamed up with experts to track frog populations in both urban and rural sites by comparing different frog and toad calls. Then, on their website for educators, SciGirls shared an educational activity that teachers around the country could use to encourage kids to participate in citizen science projects, as well as citizen science resources and the data collected by the SciGirls who participated in the program. Additionally, SciGirls has a collaborative data collection game called Rule the Roost, available on its PBS Kids site, which poses questions and encourages girls to gather evidence to answer those questions and discuss their findings with others online.

“Research shows that connecting middle school students to STEM activities and role models is important to the development of STEM interest and career expectations, particularly for girls and minorities,” explained Carter. In fact, all of SciGirls resources are based on over two decades of research, including data on STEM employment rates, performance rates, and graduation rates between men and women. Additionally, the resources help shed light on what factors contributed to girls’ engagement in STEM fields. The research culminated in set of strategic instructional strategies called the SciGirls Seven. Since 2005, the SciGirls Seven have been used by schools and informal STEM organizations nationwide to introduce a more equitable way of teaching science in the classroom.

The SciGirls Seven “empowers educators to create a more gender equitable STEM environment that inspires, engages, and retains girls,” Carter shared. The summaries below give an idea of how SciGirls Seven helps girls thrive in a STEM classroom. For more detail, as well as references and suggestions for applying the strategies, take a look at the overview from SciGirls.

Include social aspects. Group work, team-building, and discussion help create an engaging learning environment for girls. Make sure that all social activities are inclusive and that each girl gets to participate—this will ensure that everyone gets an equal chance to question, explore, and experiment on their own. Social learning environments also help girls remember the material they learned, because they’ll be able to recall both the educational activity and how they felt throughout.

Allow exploration. Let girls ask questions, suggest alternatives, and identify problems. Give them opportunities to do hands-on experiments and develop skills without assistance; this helps them gain confidence in their own abilities while building their imaginations.

Encourage individuality. Everyone has a different learning style; embrace that. Let girls find their own unique ways of gathering and sharing knowledge.

Provide specific feedback. Give positive, process-oriented feedback to show girls that learning is iterative and that all progress is good. Focus on process more than results, and celebrate struggle more than success. Teach strategies based on the needs of individuals.

Encourage critical thinking. Help girls build trust in their own intuition by encouraging questions and showing that getting the right answer is not always important. Teach that mistakes and disagreements are OK, and that there can be many different ways to solve the same problem.

Seek out role models. Introduce girls to female STEM professionals from varied backgrounds so the girls can imagine all the possibilities of a future in science, and maybe even picture themselves as having a future in STEM. Encourage these women to talk about their lives outside of work, too, so that girls can better relate.

For more detail about SciGirls Seven, including references and suggestions for applying the strategies, visit scigirlsconnect.org. To get engaged with SciGirls, visit its PBSKids site. In addition to the episodes, you can find hands-on activities, including the citizen science projects described above, as well as information about professional development workshops for parents and teachers.

Featured image: SciGirls track the lifecycle of Monarch butterflies at a milkweed patch in Minnesota.