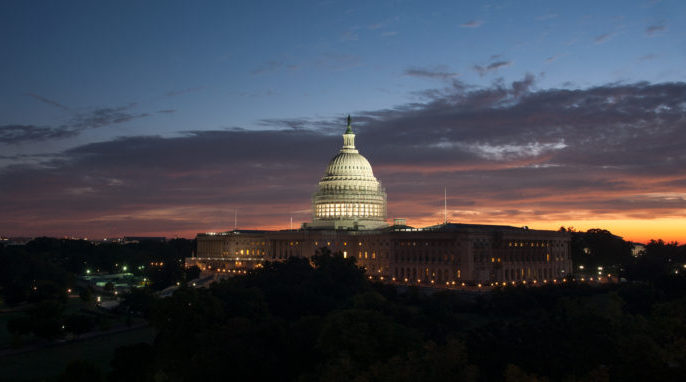 Miriam Doyle is a public health professional and one of an estimated forty thousand people who participated in the 2017 March for Science in Washington, DC.

Science Connected: What motivated you to make that sign?

Miriam Doyle: Back in 2015, the Center for Medical Progress released manipulative and fraudulent videos about Planned Parenthood. The public uproar over the idea of Planned Parenthood profiting from the illegal sale of “baby parts” had no factual basis, but the impact was still significant. Congress formed the Select Investigative Panel on Infant Lives, which spent 1.8 million dollars of taxpayer money to harass law-abiding physicians who perform abortions. Also, 12 people were shot outside a Planned Parenthood clinic in Colorado Springs. All because of the incendiary rhetoric of “baby parts.”

I formed an interest in researching both the extremely shady actions of the congressional panel and also the nature and influence of antichoice rhetoric. And I realized that antichoice mythology is a vast force that was far more extensive and outrageous than I ever imagined. There’s a whole other world where rape doesn’t cause pregnancy, medication abortions are reversible (or they don’t work), and abortions cause a whole host of health issues from cancer to eating disorders; a world where the specter of third-trimester abortion is flaunted to incite fury without bothering to examine the often heartbreaking circumstances that necessitate such a procedure. People on my end of the political spectrum often don’t know the true extent of misinformation that abounds in this movement. And I think that needs to change, because that misinformation is hurting people and shaping policy, and it deserves a lot more scrutiny.

SC: Why did you join the March for Science?

Doyle: I wanted to make a point about how broad this issue is. When people talk about the danger of disregarding scientific research in favor of political agendas, the conversation often focuses on things like the dismissal of climate change or the upheavals occurring at the Environmental Protection Agency. That is an outrage that certainly deserves a lot of focus, but the tendency to favor unreliable research extends into so many other realms as well, including the GOP war on women. Shoddy science is everywhere.

Doyle: We all live and breathe policy and owe it to ourselves to champion policies that are conducive to ethically conducted scientific research that is presented with integrity.

SC: What do you think voters and policy makers need to understand about science?

Doyle: I’m not exactly sure if I know how to give an in-depth answer to that, as opposed to an answer that is so obvious it verges on being condescending. Try to understand what popular science narratives are (“Plucky dropout is poised to defeat leading experts in their own field!”) and ascertain whether intrigue and charisma are backed up with results and peer review.

SC: What do you think people can do to help ensure that public policy is based on good science?

Doyle: One way to help is to follow what your elected officials are and are not doing. Are their initiatives based on sound scientific findings (in relation to women’s health, environment, education, etc.) or are they prone to ignoring data? Another way to help is to support journalism that either covers scientific endeavors or tracks politicized efforts to skew or undermine findings. Good investigative work that exposes the fallacies and manipulations in the material touted by antichoice authorities is going to become more necessary in the coming years.

SC: Tell us about your role in public health and social work. What do you do and why?

Doyle: I provide therapeutic and case management services to patients in a maximum-security state hospital. I’m immensely gratified to participate in this work, which makes essential contributions to public health by working to reduce violence in the community and providing a high quality of care to people with serious mental illnesses.

SC: May our readers reach out to you with their own questions or to continue the conversation?

Doyle: Readers who want to reach out to me are welcome to drop me a line at miriam.margaret.doyle@gmail.com.