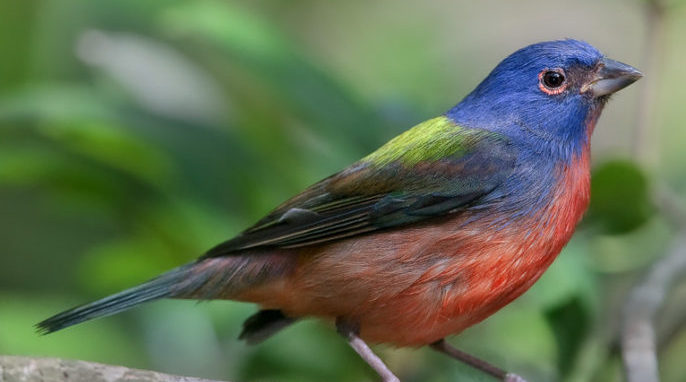 The arctic tern travels from north of the Arctic Circle to Antarctica and back again every year. On the other hand, the snowy owl lives in the Arctic region year-round; it doesn’t migrate at all.

A Question of Bird Migration

Why do some birds migrate while other birds stay in one place?

The possible explanations are many. Maybe the type of food they eat is present only part of the year, or maybe they can’t stand the cold temperature. They might need to have their babies in a place away from predators, or perhaps migration is an evolutionary holdover that had a reason in the past but is no longer necessary.

How could you determine the reason only some bird species migrate? I would start by looking at how closely related the migratory and nonmigratory species are. Maybe all the birds that migrate are more closely related to one another than to the birds that don’t move around during the year. This would suggest that there is a genetic basis for why only some species migrate.

One research group did just this in 2007. They studied 379 species of flycatchers, a closely related group of birds. The researchers found that almost equal numbers of species were migratory or resident, so it doesn’t appear that genetic relatedness is the answer.

Maybe the need to migrate has to do with the geographic region. About 90 percent of birds in the Arctic migrate, while some are present there only in the midsummer months. The arctic tern is a good example. Arctic terns move with the summer, breeding in the Arctic from May through July, moving down along continental coasts to arrive in Antarctica for the months of December through February. The entire distance traveled can be as much as 32,000 km (20,000 mi) in a single year.

So, migration is not due to the type of geography around the birds. However, the East Coast of North America does have larger temperature swings than the West Coast, so maybe it is just that some birds can’t endure the cold.

Many birds that do not migrate have special adaptations to deal with the cold. Trying to keep a constant body temperature (endothermy) takes a lot of energy, and birds live right on the edge of having enough energy anyway. Flying requires a huge amount of energy, and they must eat almost constantly just to keep enough carbohydrates in their system to be able to move around to find more food.

Burning more energy to keep warm might tip them over the edge into starvation. To alleviate this problem, many birds can allow parts of their bodies to cool down to freezing, or near freezing, while keeping their internal organs at a temperature that will preserve their function. Blood flow is a major way to keep parts of the body warm. A duck standing on the ice can reduce the blood flow to its feet and reduce the amount of heat lost to the cold ice. The duck’s chest may be 40˚C (104˚F), but its feet could be just one degree above freezing.

But let us look again at the arctic tern. It migrates from the North Polar region to the Antarctic region in such a way that it sees two summers each year. But these are summers in name only. The Arctic summer has an average temperature of -10˚C (14°F) to 10˚C (50°F), so much of the time the tern is there, the temperature is near zero.