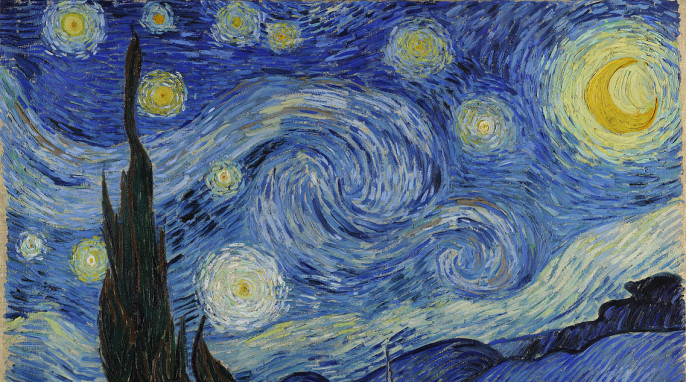 Ed Belbruno is a self-admitted motormouth. Painting the Way to the Moon, a new documentary about the mathematician and painter who previously worked for NASA’s Jet Propulsion Laboratory (JPL), does not prove him wrong—it mostly features Belbruno talking about himself.

Painting the Way to the Moon takes its title from Belbruno’s experience of finding inspiration for a ballistic capture trajectory to the moon in a painting he made, but ultimately struggles to find a clear identity. Belbruno tells most of his own backstory, with brief comments from his sister and a former calculus professor providing very little insight.

It’s not the science documentary the title suggests it might be, as his JPL coworker politely downplays Belbruno’s contributions, and Neil deGrasse Tyson opts to expound upon the differences between art and science rather than talking about Belbruno or his contributions to science. Nor is it the hard-hitting exposé that the trailer presents, as Belbruno makes some big, pointed claims about obstructive bureaucracy and politics at NASA and the Japanese space agency, without providing either proof of his claims or counterpoints from the people he’s speaking about. Things veer sharply into X-Files territory when Belbruno and his ex-girlfriend relate UFO sightings and the film starts featuring interviews with Mutual UFO Network (MUFON) representatives, “chaos musicians,” and Belbruno’s spiritual advisor.

However, this is not an episode from one of those alien conspiracy shows that run on cable TV late at night. Belbruno is charming and, despite the meandering tone, he’s interesting to listen to. He’s also a pretty competent painter, which features heavily in montages and in the background of most of his interview segments. The film is pleasing to look at, with surprisingly good visual effects for an indie documentary. It’s also got a great jazz score playing throughout. Painting the Way to the Moon ultimately winds up being a personality piece, even verging on a puff piece, but not an unwatchable one. Just take it with a grain of salt.

Painting the Way to the Moon is a feature documentary about the art and science of Ed Belbruno. GotScience.Org would like to thank Jacob Okada, Adam Morrow,  and Carylanna Taylor for sharing the film with us.