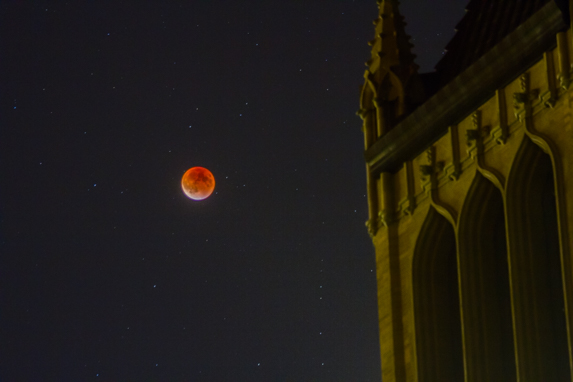 The lunar eclipse is something a person can see only a few times in a lifetime. Luckily enough for me, I was able to see it this Sunday night, in Ames Iowa, at Iowa State University.

Even though I live on campus, this was not just a “walk out of my dorm and shoot it” kind of project. Saturday night, I spent a solid hour researching and planning where I would need to be at what time in order to get the shots I wanted. 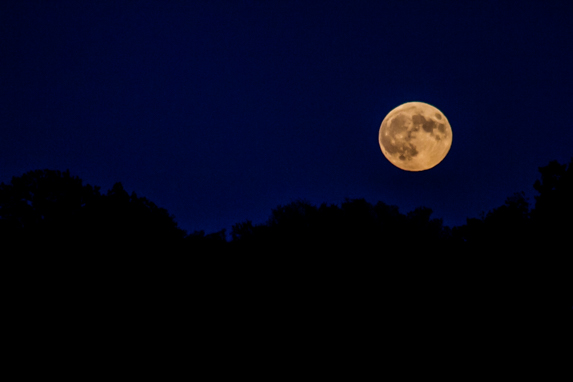 The adventure started at 6:30pm Sunday night. I met up with Emily, who is my fellow photographer at the paper, in a field outside her dorm. There we waited for a good 45 minutes.

Eventually, the Moon peaked above the horizon, and our cameras started shooting. At this point, the rising Moon sported its usual reddish glow. After getting some shots of the full moon rising, we quickly packed up our gear and went to claim a spot for the lunar eclipse. 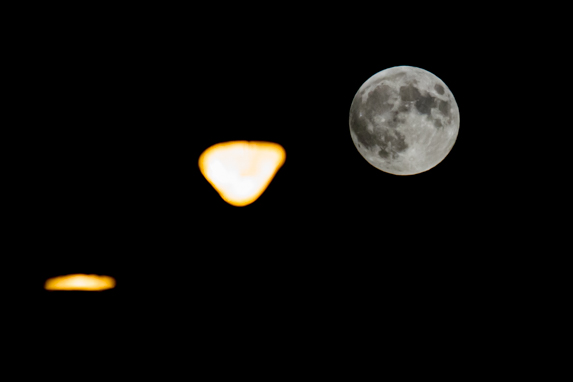 By the time Emily and I got to the central part of campus around 8:00pm, there were about 75 people out waiting to watch the eclipse pass by the famous Campanile. We staked out our spot and waited. At this point, the Moon was starting to pass behind the Earth, and began to turn black. It was like watching an entire lunar cycle compressed into only an hour. 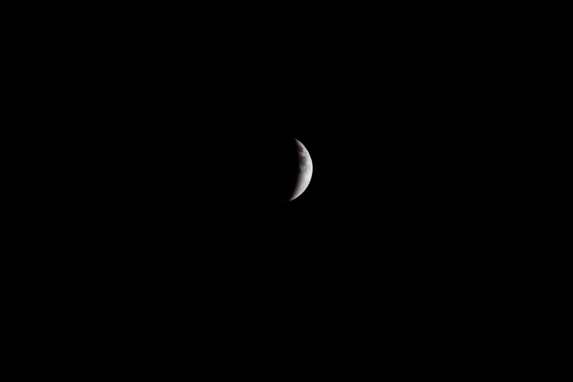 After the white part of the Moon had completely vanished, the Moon turned a very dark shade of red. As time went on, it slowly brightened.

Finally, after three hours of waiting, the eclipse had arrived. The Blood Moon was the brightest red I have ever seen the moon be. Some people in the crowd were even comparing it to Mars. By the time the eclipse came, cameras were firing all around us. 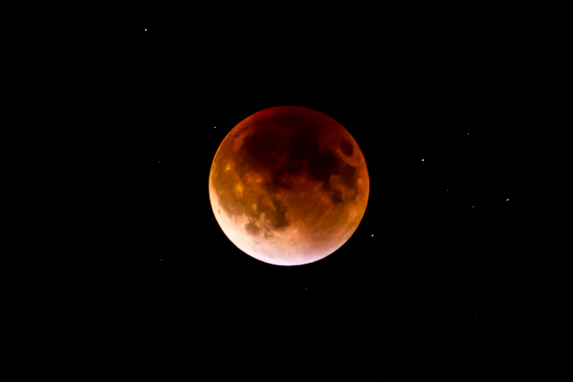 Now came the photo opportunity that I had been waiting for. The eclipse was ending, and the Moon began to fade back to white. A small sliver of the white began to creep across the face of the Moon from left to right. I took more photos in that 10-minute time window than I did all night. And of course, only one turned out. 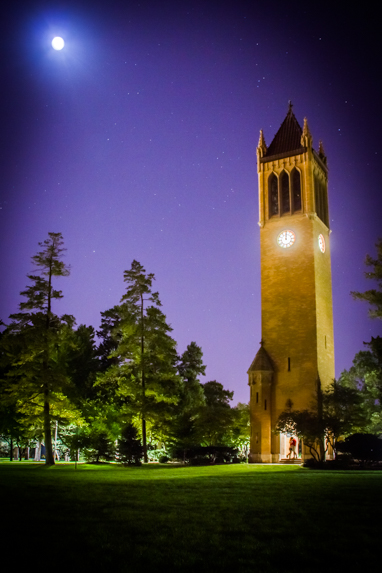 By this time, mostly everyone had left, as it was midnight on a school night. However, a few of us stayed behind, waiting to capture one last shot. Even though the lunar eclipse was long over, this was the brightest the Moon would be in a while.

An Iowa State tradition says that a student does not become an official Iowa Stater until they are kissed underneath the Campanile at midnight. Emily and I waited till the Moon was in just the right spot (we had about a 15 minute time window), lined up the shot, and took a picture of my girlfriend and I kissing beneath the Campanile at the stroke of midnight.

So, five and a half hours after it began, the photo shoot came to an end and we all went our separate ways. After all, I had class in nine hours.