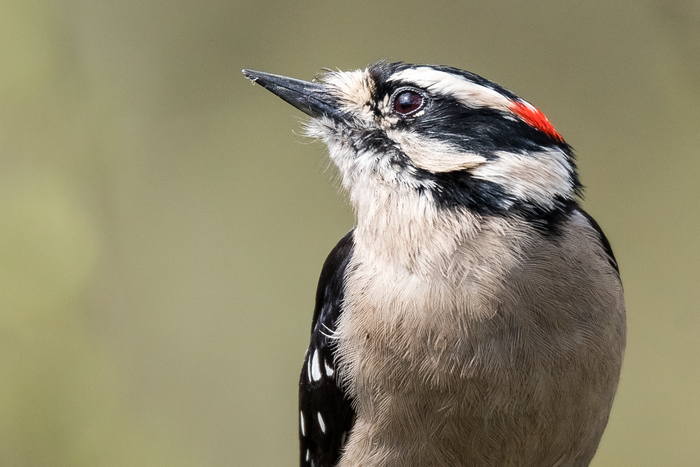 Woodpeckers may not sing out melodies, but a new study hones in on how their drumming may be similar to birdsong on a neural level.

Have you experienced the wonderful sounds made by various birds? For example, nightingales sing, parrots mimic, crows caw, and woodpeckers drum. Together these birds could form their own orchestra. Have you ever wondered why parrots can mimic humans, while woodpeckers cannot?

Different kinds of parrots along with many other birds (including cockatoos, songbirds, hummingbirds, crows, etc.), whales, dolphins, and humans are called vocal learners. What this means is that these animals and birds can not only learn but also modify their communication patterns based on experience. All these organisms, including humans, exhibit complex communication behavior such as learning songs and using spoken language. Meanwhile, woodpeckers, birds of prey, water birds, and other mammals are called vocal non-learners.

Scientists have found that vocal learners have specialized circuits in their brains that enable them to exhibit vocal learning. This is the reason some birds can sing or produce specific calls and also why parrots can mimic humans. Neuronal circuits are made of brain cells that are interconnected and process specific information. These regions of the brain in vocal learners express high levels of specific genes (i.e., specific proteins are made from genes in these regions), which have been speculated to contribute to speech learning abilities. However, vocal non-learning birds have been found to either not possess these circuits or to have basic versions of these circuits.

It is believed that similar circuits could be required for other specialized communication behaviors requiring skill and control, such as drumming in the case of woodpeckers. Drumming describes the pecking behavior of woodpeckers in which they rapidly hammer their beaks on a tree to generate specific patterns of sounds. Drumming can be equated to birdsong and is used for territory establishment. Past studies have shown that increasing drum speed or length can enhance threats to competitors. Drums can also help distinguish among species and individuals.

In a recent biology study, scientists led by Eric Schuppe of Wake Forest University in North Carolina screened seven bird species of vocal non-learners for the presence of specialized circuitry in the brain. They found that woodpecker brains contain specialized circuitry, similar to the circuitry found in vocal learners, that was activated during drumming. This suggests that drumming and song systems might have evolved at similar times during evolution.

In their study—published in the academic journal PLoS Biology—Schuppe and fellow researchers set out to determine whether woodpeckers and other birds have specialized circuitry required for vocal learning. These vocal learning regions are also called song nuclei and show a high expression (meaning that it is found in high levels) of the parvalbumin gene. High parvalbumin expression has been found in the brain regions of vocal learners but not in vocal non-learners. High expression of parvalbumin in the brains of vocal non-learners would indicate the presence of neural circuitry similar to vocal learners.

As expected, parvalbumin was found to be highly expressed in the brains of zebra finches, hummingbirds, and parrots, but not in vocal non-learners. One exception to this was downy woodpeckers. Three regions of woodpecker brains showed high expression of parvalbumin, either in or near what would be expected for songbirds and hummingbirds. These regions were predicted to be the drumming centers or nuclei in woodpeckers. These nuclei appear oval in comparison to the round-appearing centers in songbirds.

Since both male and female woodpeckers drum, scientists investigated female downy woodpecker brains for the increased expression of parvalbumin. Not only female downy woodpeckers but other species of woodpecker as well have drum nuclei that show an increased expression of parvalbumin. The researchers further speculated that the putative drum nuclei could either be involved in a previously undiscovered vocal learning trait in woodpeckers or correspond to another complex motor behavior, such as drumming. In living organisms some genes are expressed always, while others could be expressed in response to specific behaviors. This would mean that woodpecker brains could express specific genes immediately in response to drumming in regions identified to have high levels of parvalbumin.

To test these ideas, scientists used simulations with playbacks of drumming to free-living resident downy woodpeckers for at least 30 minutes early in the morning when resident males normally produce dawn drums, or in the late afternoon when drum activity shows a subsequent peak. The woodpeckers used different ways to defend their territory in response to the simulations. They used drumming, combative whinny calls (hoarse, high-pitched calls that slowly go down in pitch), and flight behavior as a response to the simulations. However, parvalbumin and other specific genes are associated with the drum nuclei only in response to drumming, and not whinny calls or flight behaviors. Woodpeckers could possibly learn specific drum behaviors similar to how vocal learners learn songs or language.

This research article was published in the peer-reviewed journal PLoS Biology.