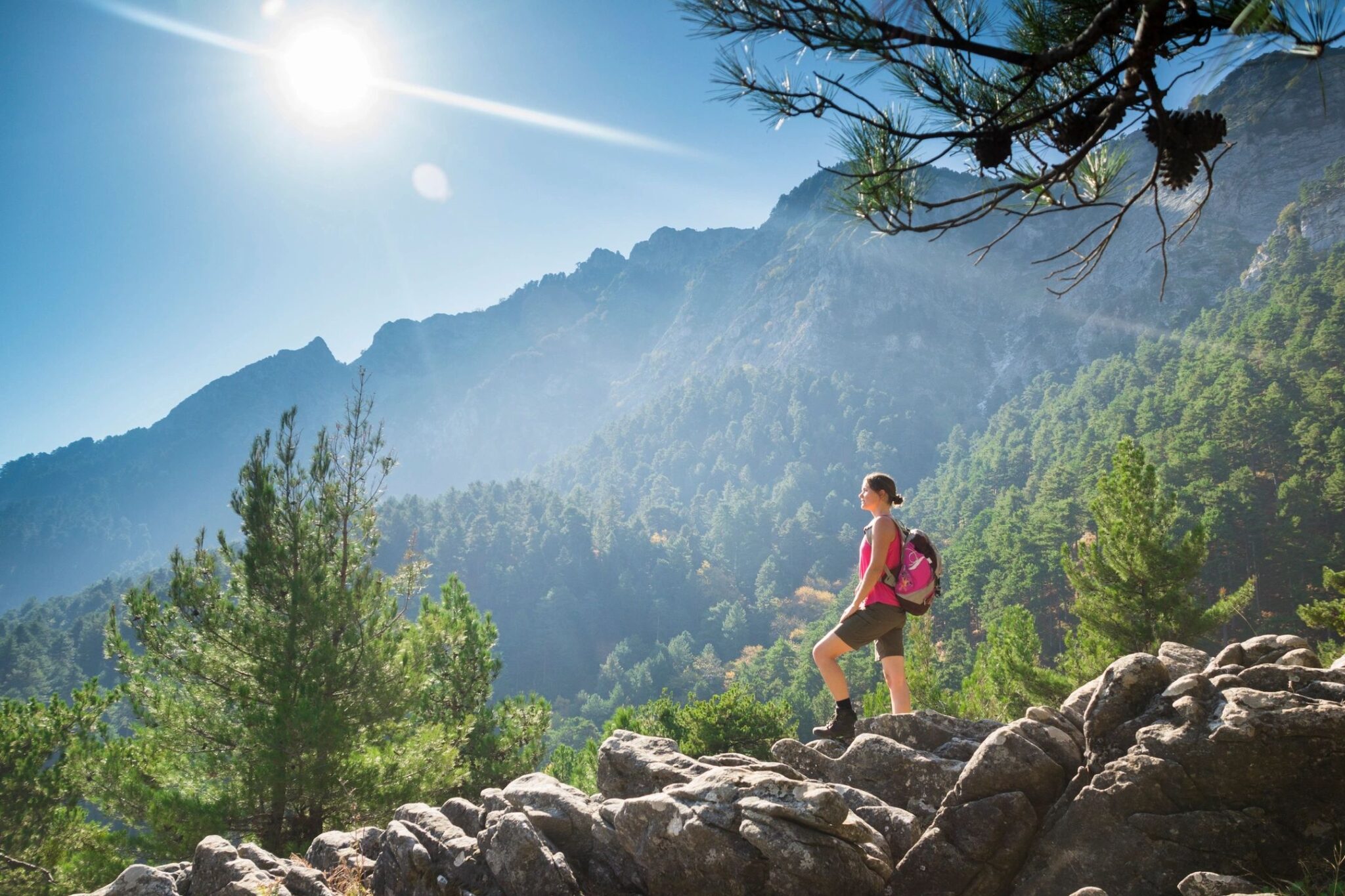 Turning conventional wisdom on its head, geologists at Stanford find mountains aren’t formed during earthquakes but between them.

Anyone who’s witnessed a major earthquake—or even has seen photos of one—can tell you that the landscape doesn’t look quite the same afterward. In mere seconds, roads are split in two, buildings suddenly list at odd angles, and the straight lines carefully engineered by humans are thrown askew.

But the meters of ground-shift during an earthquake don’t explain the formation of mountains that so often exist around major fault lines. For example, take the Santa Cruz Mountains, created by the San Andreas Fault in California’s Bay Area. Even over the course of the range’s 4-million-year history, the frequency and intensity of quakes don’t quite add up to the mountains’ relative size.

New research out of Stanford University’s School of Earth, Energy & Environmental Sciences explores the question of how mountain ranges form from these earth-shattering events. The answer lies in reading between the lines, rather than looking at the events themselves.

When an earthquake occurs, stress built up in the earth’s crust is released quickly and suddenly, in bursts that last between just seconds to entire minutes. The earth’s crust—and everything on top of it—bends, lifts, and shifts. But sometimes, it also breaks.

In the case of the San Andreas Fault, which is a strike-slip boundary between the Pacific and North American tectonic plates, changes in rocks’ shapes have led scientists to believe the planet’s crust stretches like an elastic band during earthquakes in the region. However, no rubber band can stretch forever, and this current geological theory doesn’t match up with what’s happened in the Santa Cruz Mountains, and in other ranges: rocks break, unable to withstand the stress of stretching.

“That effect of breaking is common to almost every plate boundary, but it’s seldom addressed in a consistent way that allows you to get from earthquakes to the long-term effects,” says George Hilley, a Stanford Earth professor and a senior author on the new study.

To shed more light on how the Santa Cruz range formed, Hilley and his research team accessed a robust collection of local data. Since “tens to hundreds of thousands of large earthquakes” have occurred within the region over the last 4 million years, institutions like the United States Geological Survey and the University of California, Berkeley have had ample opportunity to dig deep into the details of these quakes and record their findings.

The study’s researchers also contributed new data to the project, tapping into helium trapped in rocks thousands of feet underground, which helped them estimate how quickly these rocks would reach the earth’s surface. From there, the researchers compared this new data to a 3D model they created.

Rather than stick with a conventional theory in which the earth’s crust merely bends in an earthquake, the team allowed rocks to break in the model they used. This turned the old belief that earthquakes form mountains on its head. Instead, they found, it’s the periods of relative calm between earthquakes that have the biggest impact on making mountains.

Getting ahead of earthquakes

The Bay Area is known for more than just the Santa Cruz Mountains and Silicon Valley. The San Andreas Fault presents a sobering earthquake risk, which is compounded by the region’s roughly 7 million residents and significant role in the global economy.

Though the novel information from this new study is exciting, it presents an impact that transcends the geological, geophysical, and geochemical scientific communities. By drawing parallels between how the ground moves during an earthquake and how the crust lifts over millions of years to form mountains, the researchers hope they can better inform Bay Area residents of seismic hazards in their area. While understanding the formation of mountains provides an interesting view of the past, a better understanding of earthquakes in the future could save countless lives.

—Mackenzie Myers Fowler is a science writer, avid knitter, and former field station ragamuffin. She holds an MFA in nonfiction writing but would be a soil scientist if she could do it all over again. She lives in Michigan with her husband, her cat, and a plethora of houseplants.