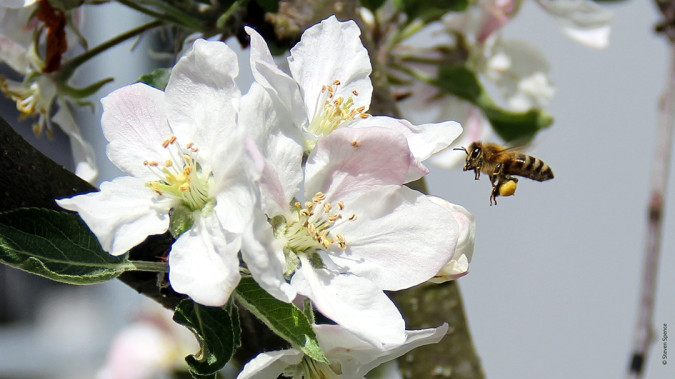 Which countries produce the most honey? How much honey does a bee make? We’ve compiled our favorite ten facts about honeybees and honey. Use the links below to learn even more.

More about honeybees and honey

There are many pollinators, including insects, birds, mammals, and more. However, honeybees may be the most important to our food supplies. To a limited extent wind pollination (inefficient in most flowers) and other pollinators can compensate for a lack of bees. In other cases, bees are essential. For example, the commercial growth of almonds is almost entirely dependent upon honey bees for pollination. Other crops such as blueberries and cherries are are thought to rely on honey bees for up to 90% of their pollination, according to the American Beekeeping Federation. Certainly, pollination work done by bees of all kinds contributes to both the quantity and quality of many fruits and berries and would be difficult, if not impossible, to replace.