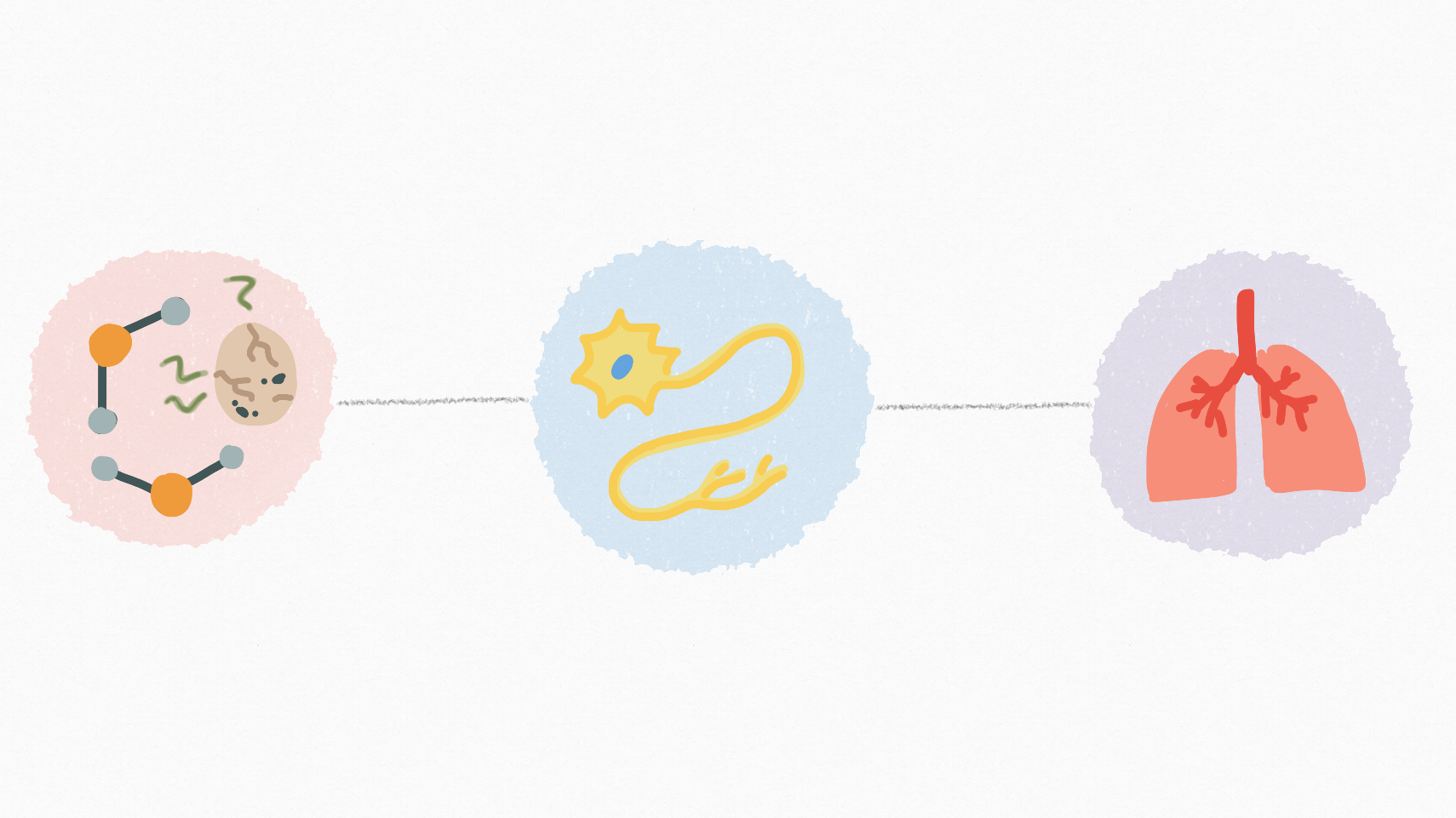 Hydrogen sulfide, or H2S, has been infamously dubbed the “rotten egg” gas for its characteristic stink. Though overpowering and even noxious in large quantities, H2S is found abundantly in safe, minuscule amounts—even in our own bodily systems. Our bodies can create this gas by using sulfur obtained from our diet. Eating sulfur-rich foods (like meat and cabbage) can cause excess H2S, which contributes to the familiar stench of a freshly ripped fart.

However, hydrogen sulfide in our bodies does more than just stink things up. It also performs several vital functions, one of which is signaling between the brain and body. More specifically, it acts as a neurotransmitter—a chemical released and passed along by neurons. Neurotransmitters deliver messages to other organs, ultimately helping them to carry out essential processes.

In this way, hydrogen sulfide can regulate a variety of operations ranging from digestion to blood flow. And in a recent study from the University of Tsukuba, researchers found that it can help control breathing patterns as well.

Breathing and the brain

In order to examine hydrogen sulfide’s effects on breathing, researchers looked to the body’s respiratory center. Located in the brain stem and spinal cord, this center is made of several intricate complexes of neurons. Some of these neurons pack together like sardines to form extremely long bundles called nerves. Stretching all the way from the brain to the lungs, these nerves are one of the most important components of the respiratory system.

The phrenic nerves are a pair of nerves that send signals from the brain to the diaphragm. These signals cause the diaphragm to move, allowing for expansion and contraction of the lungs. The vagus nerve also sends messages to the diaphragm and helps to control the flow of air through pathways in the lungs. A true team, these nerves work with the other respiratory neurons to keep you breathing easily.

Being a neurotransmitter in multiple bodily systems, H2S was anticipated to have an effect on regulating the activity of respiratory neurons. To study this effect, researchers looked at the respiratory centers of rats, which bear similarities to those in humans. They observed some centers as they function naturally and other centers after they artificially inhibited H2S production, preventing its delivery between neurons. Researchers observed the major respiratory nerves, comparing their activity in the presence and absence of hydrogen sulfide.

When H2S was present, the phrenic and vagus nerves would display regular and consistent activity. This created a breathing pattern consisting of the familiar cycle of inhalation and exhalation, with a brief post-inhalation phase in between. This rhythm is characteristic of eupnea—deriving from the Greek eu (“well”) and pnoia (“breath”), it denotes a normal, restful state of respiration.

However, when H2S delivery was missing, the output of the nerves changed drastically. A sharp decrease was observed in phrenic nerve activity, and vagus nerve activity disappeared altogether. This created a pattern consisting of solely repeated inhalation, characteristic of a gasping respiration that starkly deviates from normal breathing.

From these results, it became clear that hydrogen sulfide plays a vital role in signaling between respiratory center neurons—and regulating healthy breathing patterns in the body.

Researchers are now looking to apply these findings to the wider field of respiratory health. They aim to examine the role of hydrogen sulfide gas in a number of breathing disorders, hoping to discover more on the mechanisms behind different types of irregular respiratory patterns.

It’s evident that these findings have unlocked a lot of potential—and shed more light on the effects of one of our major gaseous neurotransmitters. Discoveries like this help to reveal the complexity of hydrogen sulfide’s many roles in the body—far beyond just a funk-spreading stinker.

This study was published in the journal Communications Biology.

All illustrations created by Angie Lo.