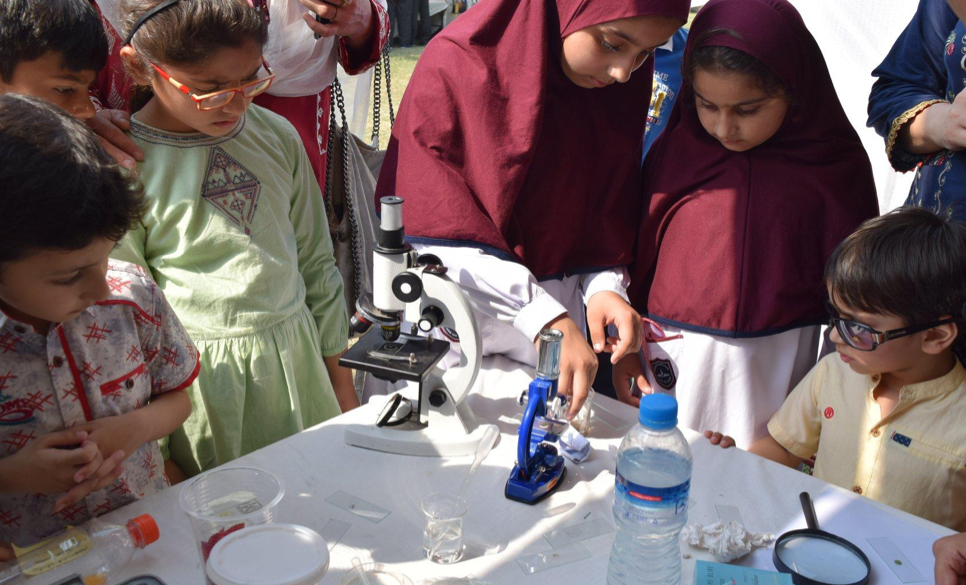 What is outsourcing? Reverberating effects from British colonization of South Asia and the ‘modern’ world

I live in the United States, and I was recently in a room full of scientists when someone made a wonderfully distasteful joke about receiving a call from customer support and that the person on the other end of the phone line had a “funny accent.”

If you’re unfamiliar with the term “outsourcing,” fear not. There’s an entire NBC television series about it called Outsourced. With its heyday being 2010–2011, the show dives into all sorts of quirky hypothetical scenarios at the interface of these phone calls. I tried to watch this show and couldn’t get past the first 15 minutes without rolling my eyes. I’m first generation, born in Utah with English as my first language; I also know Hindi and Urdu. My mother is Indian and my father is Pakistani. Both sides of my family were, and are, heavily impacted by British colonialism; I have “fond” memories of my grandmother telling me facts in passing, such as how she was forced to be a Girl Scout. To put it lightly, it’s difficult for me to crack a smile when someone tells me their favorite band is The Beatles. Shows like Outsourced normalize colonial oppression—a case in point is that a distinguished scientist felt completely comfortable making that joke in a room where half the people spoke English as a second language.

My Hindi/Urdu speaking abilities are terrible. I don’t have the grammar down, and it’s clear that I have a “funny” American accent when I speak. Still. There have been many conversations I’ve had where that voice on the other side of the customer support line breathed a sigh of relief. Finally. Someone I can talk to without having to pretend my name is John, is the general tone. Doing a job in general is work. It’s literal work. Now imagine that, on top of the job, you have to take on an identity that essentially shames the culture you were born in—just a few generations away from when you were colonized—from the very same culture that colonized you. Meanwhile, turmeric lattes and hot yoga are all the rage here in the States. So, how does this all relate to the science and research we typically discuss at The Biota Project?

Over the last few decades, something really interesting has started to take place in South Asia. Something amazing. And this extends into the South Asian diaspora. Western companies’ practice of outsourcing their labor to South Asia has rapidly resulted in the region’s becoming a force to be reckoned with in the tech industry. Even I have transitioned from wildlife ecology to bioinformatics in my own scientific journey over the years. And these seemingly separate fields, ecology and bioinformatics, aren’t disconnected in the context and history of South Asia—because this region of 2 billion people, or approximately 20 percent of the world’s population, is also one of the most negatively impacted by climate change and yet comparatively contributing to climate change the least. And now you’re all caught up to speed on why I’ve selected this as the November 2019 theme for The Biota Project environmental justice topics. In this article I aim to show a different side of South Asia. A unified one, in direct protest of its colonial history. Let’s dig in.

What is considered South Asia? This question is constantly under debate, as borders continuously change and mold. At large, South Asia is (left to right, north to south): Afghanistan, Pakistan, India, Nepal, Bhutan, Bangladesh, Sri Lanka, and the Maldives.

Pakistan: A Point of South Asian Tension, or an Opportunity for Unified Resilience?

The funny thing about being brown in America right now is that people are reluctant to accept that you may just be American. I’m constantly asked where I’m “from,” and my reply of Salt Lake City, Utah, is always countered with “but where are you really from?” I cannot count the number of times this has gone into an exhaustive discussion about the tensions between Pakistan and India, Hindus and Muslims. My interest to focus on Pakistan as an example is simple. Think again to the media. When you read “Pakistan,” what comes to mind? Now, “India”? Throughout the month we will spotlight the backgrounds and synergies of many South Asians from all over the region. This perspective of Pakistan represents a side frequently overlooked or ignored. It acts as a real, relatable example to people from underrepresented backgrounds in the sciences from all over the world.

Dr. Ashar Malik is a postdoctoral scholar at the Bioinformatics Institute, Agency of Science, Technology and Research (A*STAR) in Singapore who is researching precision medicine. Ashar grew up in Lahore, Pakistan, completed the “typical” degree in engineering (mechatronics engineering, to be exact), and applied it to a PhD in biochemistry. Full disclosure: He didn’t want me to talk at all about him, to instead focus on the organization he’s involved with because he’s very anti-ego, but it’s important to show the people behind this work for context of Pakistan and how it’s usually portrayed in mainstream media. I know Ashar from being part of The Carpentries, an open-source data literacy education organization. Earlier this year, a question was posted in its forum that related to data literacy in South Asia. I immediately gave a plug for reaching out to the (then one, now two) R Ladies rep in Pakistan, especially with it being a country that’s overall ignored by the West in contrast to its neighbor India. That’s when Ashar chimed into the forum, and here we are now.

Women in science is a big subject of conversation today. Besides being a region familiar with outsourced jobs, South Asia is also known for its deeply divided gender roles—but did you know that the number of women who pursue science degrees is fairly level with the number of men who do in this region? This is because there is a heavy emphasis on students in South Asia working on some form of STEM (science, technology, engineering, and/or mathematics) track all the way through their careers. The emphasis, reinforced in South Asian culture since STEM careers translate better into Western industry, has resulted in hundreds of thousands of competent scientists who can’t find work in their home countries and are thus starting to go elsewhere. That reality, tied to severe imbalances in the quality of education available based on background and to cultural expectations of women as being the primary caretakers of the home, regardless of education level, has led to an extremely complex dynamic within the region. This is where IDRACK (@IDRACKPakistan) comes in.

Science Beyond Western Culture, a Reclamation of South Asian Identity

Ashar started as an engineer but completed a PhD in biochemistry. This is an unusual path. Many who start with a career choice typically stick to that. Ashar started to observe the patterns and predicaments as outlined above and saw a solution: An increase in interdisciplinary work with South Asia could feedback into strengthening the region’s economy over people moving to seek work elsewhere.

And there’s another perspective I really appreciated in interviewing Ashar. Without my saying anything, he took the liberty of speaking about his privilege. This privilege exists in two parts: One as a male and the other as someone who grew up in a family that wasn’t wealthy but was at least affluent enough to send him to a private school (public schools in Pakistan are typically viewed as not as good quality, which is another social stigma topic within South Asia).

A major mission of IDRACK, then, is to directly tackle the paradox of many educated and competent South Asian women in STEM both within and outside of South Asian cultures by pushing WSTEM leadership to the forefront of conversations. IDRACK is currently working on an article in which Pakistani men and women are asked questions about their perceptions of women in science and science careers, and the obstacles they face. The intention of the article is to identify the gaps between the two perspectives as a way of informing the region at large.

Note: We recognize that gender is being discussed in this article as binary (men and women). In Pakistan, third gender is recognized by law but there is still much room for improvement. We hope this article will serve as an opener to more thoughtful discussions regarding current LGBTQ+ rights and perspectives within and outside of Pakistan.

A Call for South Asia to Steer the Path in the Wake of Climate Change, Through Data Literacy

If you’ve ever been to a minorities in science event, then you already know the running joke. The people who need those events most (men, white people, white men, cis people, white cis men) are rarely ever in the room. That’s why we’re spotlighting IDRACK in this month’s blog post. Ashar explicitly told me not to talk about him but to talk about the program—and that’s exactly the type of ally mentality that people of privilege need to take with these forms of diversity, equity, and inclusion initiatives. That’s how we’re going to create change, big change, fast.

As I mentioned, South Asia is a region hosting a large percentage of the world’s population and also highly subject to negative impacts from climate change. It needs climate scientists, especially climate scientists from South Asia who are familiar with the issues first-hand, now more than ever. The call organizations such as IDRACK are putting out to South Asians from all over to consider pursuit of more interdisciplinary research mindful of representation is a timely one in the wake of big data.